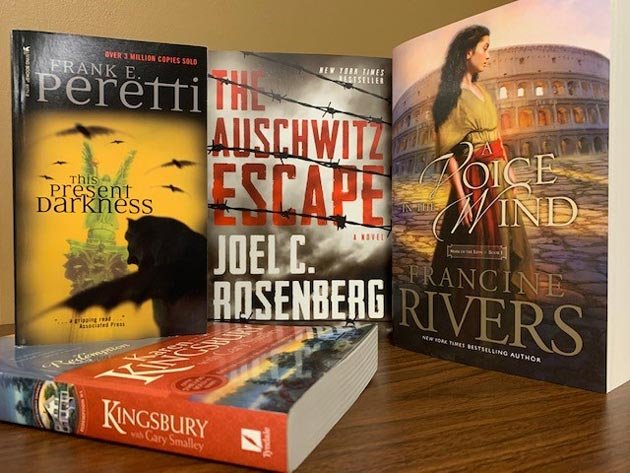 Looking for best selling Christian fiction to add to your reading list? The following are some of the best selling fiction titles to have been published throughout the years. There’s a reason that these books have been made the cut. Whether it's contemporary romance, supernatural suspense, historical fiction, thriller, or biblical fiction, you will probably find a best selling Christian fiction book you haven’t read yet. Give them a read to find out why they are successful!

Discussion Guides for Christian Book Clubs: Print your FREE discussion guide now via our Book Club Hub. These guides are perfect for sparking conversations in a book group or for digging deeper into the text on your own.

Without further adieu, the following are among the best selling Christian fiction books: 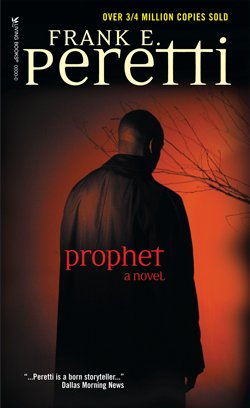 A thriller that penetrates to the very heart of a vast struggle that threatens to tear our society apart. Successful news anchorman John Barrett is caught in a suspenseful moral and spiritual battle over the importance of Truth. 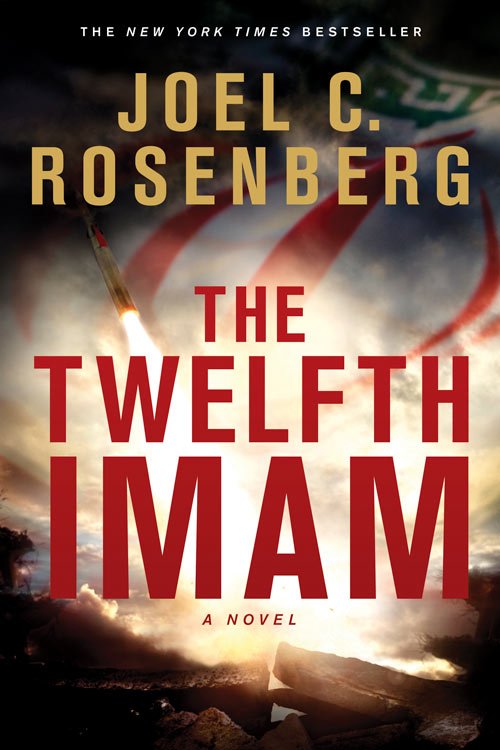 The Twelfth Imam is the first novel of an espionage and spy thriller series by Joel C. Rosenberg, the New York Times bestselling author of the award-winning Last Jihad series. Rosenberg takes you inside a world few will ever enter. Hold on to your seat—the twists and turns never stop coming. 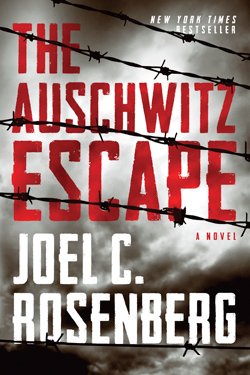 Sentenced to hard labor in the Auschwitz labor camp, Jacob forms an unlikely alliance with Jean-Luc Leclerc, a former assistant pastor who was imprisoned for helping Jews. They’ve been chosen for one of the most daring and dangerous feats imaginable—escape from Auschwitz. With no regard for their own safety, they must make it to the West and alert the Allies to the awful truth of what is happening in Poland before Fascism overtakes all of Europe. The fate of millions hangs in the balance. 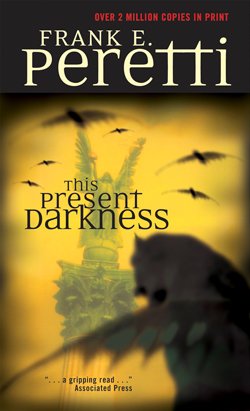 Ashton is just a typical small town. But when a skeptical reporter and a pastor begin to compare notes, they suddenly find themselves fighting a hideous plot to subjugate the townspeople—and eventually the entire human race. A riveting thriller, This Present Darkness offers a fascinating glimpse into the unseen world of spiritual warfare. 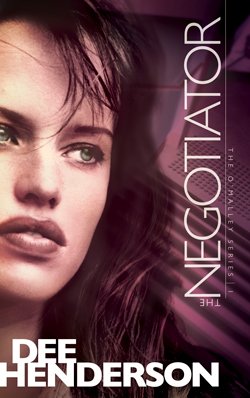 The Negotiator by Dee Henderson 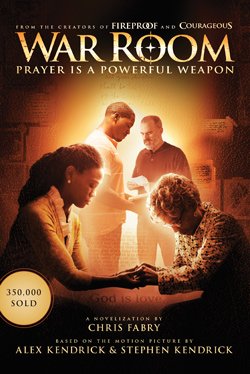 As tensions at home escalate, Elizabeth begins to realize that her family is worth fighting for, and she can’t win this battle on her own. Stepping out in blind faith, putting her prayers for her family and their future in God’s hands, might be her only chance at regaining the life she was meant for. 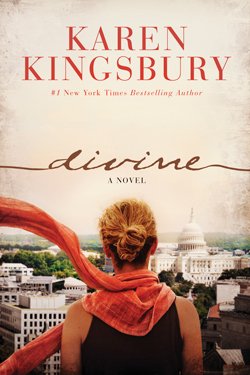 Mary Madison is educated and redeemed, a powerful voice in Washington, D.C. But she also has a past that shamed polite society. A survivor of unspeakable horror, Mary has battled paralyzing fear, faithlessness, addiction, and promiscuity. Yet even in her darkest valley, Mary was sustained from afar, prayed over by a grandmother who clung to the belief that God had special plans for Mary. 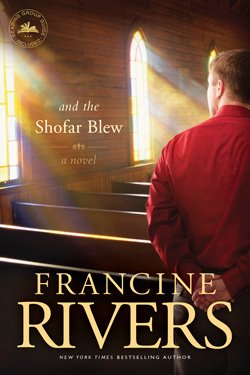 And the Shofar Blew by Francine Rivers

When Paul Hudson accepted the call to pastor the struggling church, he had no idea what to expect. But it didn’t take long for Paul to turn Centerville Christian Church around. Attendance was up-way up. Everything was going so well. If only his wife could see it that way. Still, he tried not to let her quiet presence disturb him. She knew something wasn’t right, and it hadn’t been for a long time. . . . 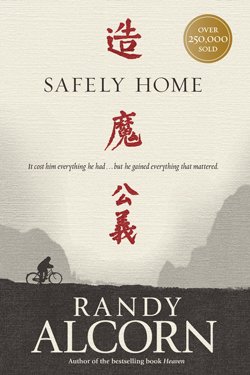 Is this the day I die? Li Quan asks himself this question daily, knowing that he might be killed for practicing his faith. American businessman Ben Fielding has no idea what his brilliant former college roommate is facing in China. He expects his old friend has fulfilled his dream of becoming a university professor. But when they are reunited in China after twenty years, both men are shocked at what they discover about each other. Thrown together in an hour of encroaching darkness, both must make choices that will determine not only the destinies of two men, but two families, two nations, and two worlds. 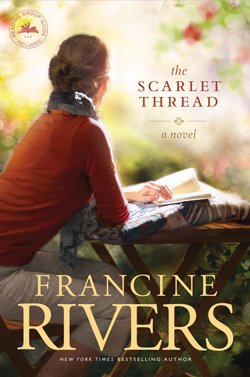 The Scarlet Thread by Francine Rivers

Two women, centuries apart, are joined through a tattered journal as they contend with God, husbands, and even themselves . . . until they fall into the arms of the One who loves them unconditionally. Sierra Madrid’s life has just been turned upside down when she discovers the handcrafted quilt and journal of her ancestor Mary Kathryn McMurray, a young woman who was uprooted from her home only to endure harsh conditions on the Oregon Trail. 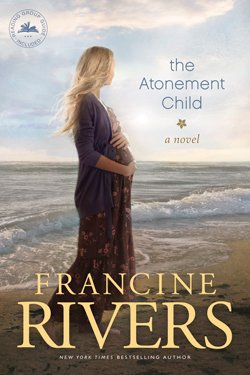 The Atonement Child by Francine Rivers

Dynah Carey knew where her life was headed. Engaged to a wonderful man, the daughter of doting parents, a faithful child of God—she has it all. Then the unthinkable happens: Dynah’s perfect life is irrevocably changed by a rape that results in an unwanted pregnancy. Her family is torn apart and her seemingly rock-solid faith is pushed to the limits as she faces the most momentous choice of her life: to embrace or to end the life within her. 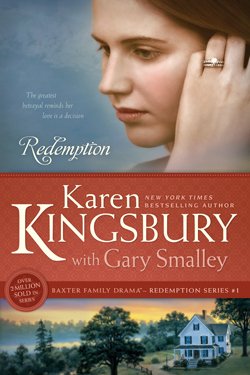 Redemption is the first book in the five-book Redemption series about the Baxter family—their fears and desires, their strengths and weaknesses, their losses and victories. Each book explores key relationship themes as well as the larger theme of redemption, both in characters’ spiritual lives and in their relationships. 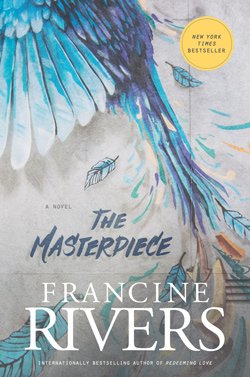 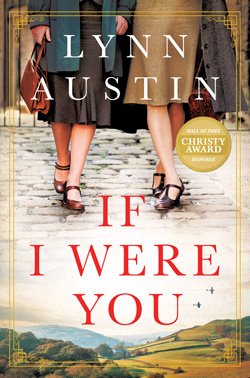 If I Were You by Lynn Austin

1950. In the wake of the war, Audrey Clarkson leaves her manor house in England for a fresh start in America with her young son. As a widowed war bride, Audrey needs the support of her American in-laws, whom she has never met. But she arrives to find that her longtime friend Eve Dawson has been impersonating her for the past four years. Unraveling this deception will force Audrey and Eve’s secrets—and the complicated history of their friendship—to the surface. 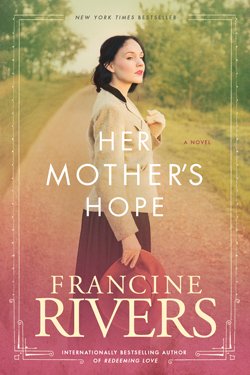 Her Mother’s Hope by Francine Rivers

Near the turn of the twentieth century, fiery Marta Schneider leaves Switzerland for a better life, determined to fulfill her mother’s hope. Her formative journey takes her through Europe and eventually to Canada, where she meets handsome Niclas Waltert. But nothing has prepared her for the sacrifices she must make for marriage and motherhood as she travels to the Canadian wilderness and then to the dusty Central Valley of California to raise her family. 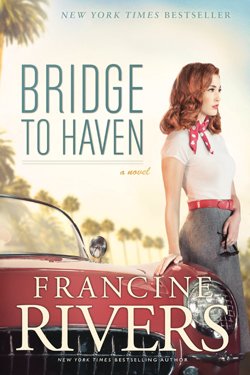 Bridge to Haven by Francine Rivers

To those who matter in 1950s Hollywood, Lena Scott is the hottest rising star to hit the silver screen since Marilyn Monroe. Few know her real name is Abra. Even fewer know the price she’s paid to finally feel like she’s somebody. 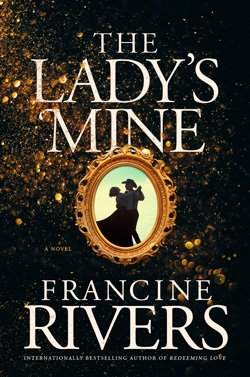 The Lady’s Mine by Francine Rivers

1875. When Kathryn Walsh arrives in tiny Calvada, a mining town nestled in the Sierra Nevadas, falling in love is the farthest thing from her mind. Banished from Boston by her wealthy stepfather, she has come to claim an inheritance from the uncle she never knew: a defunct newspaper office on a main street overflowing with brothels and saloons, and a seemingly worthless mine. 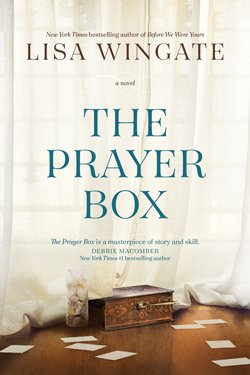 The Prayer Box by Lisa Wingate

Hidden in the boxes is the story of a lifetime, written on random bits of paper—the hopes and wishes, fears and thoughts of an unassuming but complex woman passing through the seasons of an extraordinary, unsung life filled with journeys of faith, observations on love, and one final lesson that could change everything for Tandi. 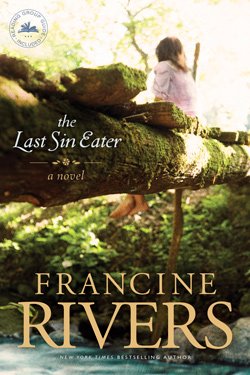 In the misty peaks and valleys of Appalachia roams the sin eater—a myth as much as a man, burdened with absolving the sins of villagers passing from this life to the next. But when a young girl uncovers the dark secret behind the tradition, she vows to show her village the truth. 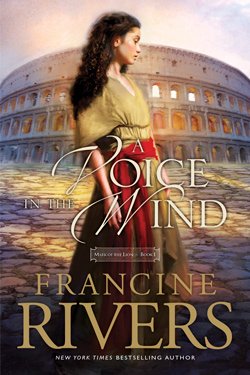 A Voice in the Wind by Francine Rivers

While wealthy Roman citizens indulge their every whim, Jews and barbarians are bought and sold as slaves and gladiators in the bloodthirsty arena. Amid the depravity around her, a young Jewish slave girl becomes a light in the darkness. Even as she’s torn by her love for a handsome aristocrat, Hadassah clings to her faith in the living God for deliverance from the forces of a decadent empire. 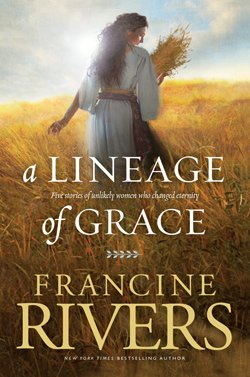 A Lineage of Grace by Francine Rivers

Tamar. Rahab. Ruth. Bathsheba. Mary. The Bible is filled with inspiring stories of unlikely candidates God chose to change eternity. This bestselling compilation in one volume contains five novellas about such people—women in the family tree of Jesus Christ. 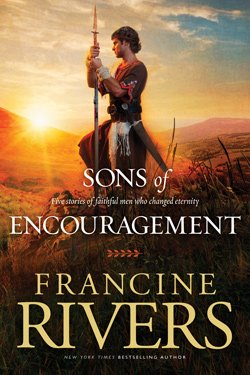 Sons of Encouragement by Francine Rivers

Aaron. Caleb. Jonathan. Amos. Silas. Each faithfully sought God in the shadows of His chosen leaders. They answered God’s call to serve without recognition or fame. And they gave everything, knowing their reward might not come until the next life. Be challenged by these faithful men whose stories we must never forget.