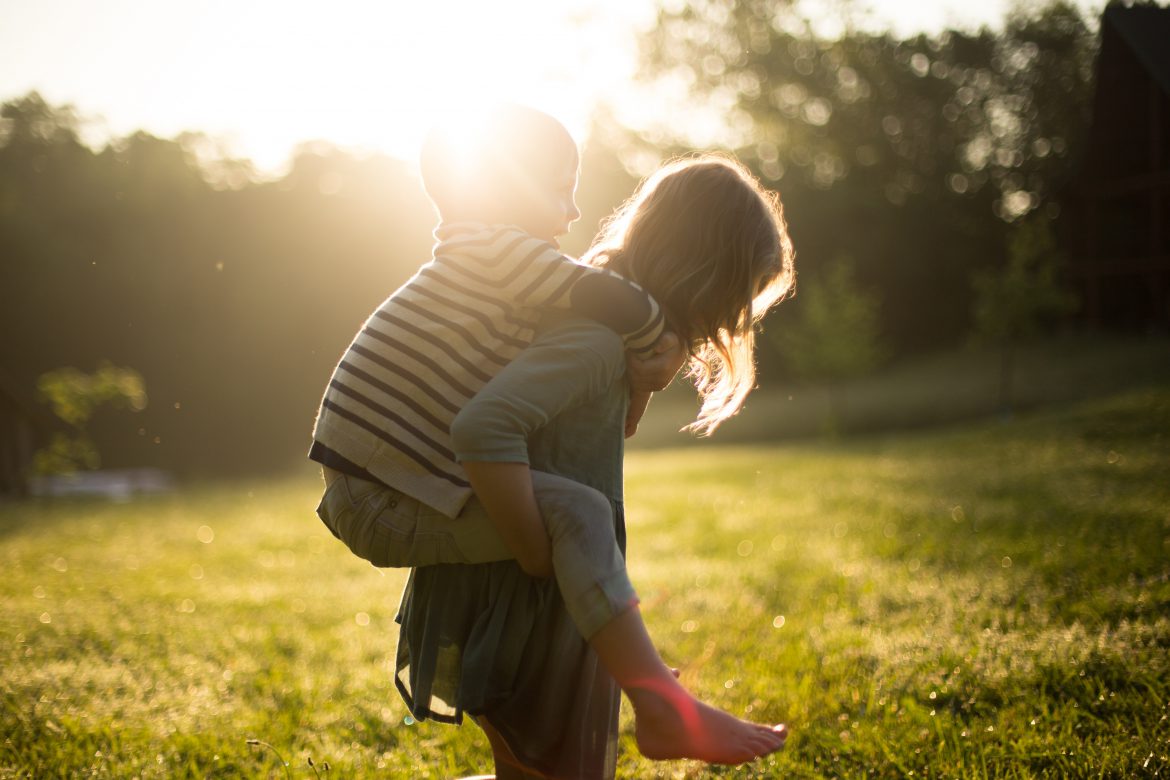 How to Navigate the Complicated Bond of Sibling Relationships

It’s one thing for brothers and sisters to argue and fight with each other, but if someone else attempts to do the same, their own squabbles are forgotten and they band together to stand against the “enemy.”

by Pam Hillman, author of The Road to Magnolia Glen

It goes back to the late 1800s. The story goes that a young Scottish girl was carrying her little brother who was almost as big as she was, and someone commented about how heavy he must be. Sounding somewhat surprised (and quite protective), she replied with a phrase similar to the iconic one we’re so familiar with today.

Ballads have been written, works of art painted, and photos taken of youngsters bravely toting even smaller youngsters on their backs and soldiers carrying their comrades out of battle. Animations of animals have followed similar themes. Statues have been erected and orphanages formed with this saying adopted as the catch phrase for caring for—and carrying—each other.

There’s a special bond between siblings that transcends any other bond on earth. Siblings are the only people who know each other from birth until death and all the stages in between. Granted, being siblings doesn’t mean being alike in personality, having the same goals in life, or even expressing faith in our Lord and Savior. The truth is, siblings might not see eye-to-eye on a lot of things. But the bond is still there, and in healthy relationships, that bond is hard to break.

But sometimes misunderstandings, outside influences, mental illnesses, or tragedy can cause that bond to become frayed or even broken.

Such is the case for the O’Shea brothers during the eighteenth century in the Natchez, Mississippi district. The eldest brother, Connor O’Shea, was forced to leave Ireland years ago when he became romantically involved with a woman of the upper class. Quinn O’Shea, the hero in The Road to Magnolia Glen, arrives in Natchez harboring feelings of resentment that his older brother had abandoned the family when they needed him most. And, then there’s the third brother, Caleb, who left for parts unknown some years ago and hasn’t been seen since. Throw in deceased parents and two younger brothers, and all of this makes for some serious grudges between the three oldest brothers.

I have two sons of my own, and while they’ve never had to deal with the tragedy of losing a parent, being torn from their homeland, or separated from their siblings, they were your normal, rowdy, rough and tough boys. Sometimes I despaired that they’d ever get along.

You moms know what I mean. You’re in the kitchen preparing dinner after a long day and you hear a ruckus that raises the roof. It might be the fight over the remote. Or whose turn it is to choose the next video game, or whose job it is to take out the trash this week. It could be anything or nothing, but it was always huge at the moment. This stage seemed to last about fifteen years or so with my boys.

But sprinkled throughout those fifteen years were times I heard (mostly secondhand) of my oldest coming to the defense of the younger when someone else mistreated him in some way. There’s nothing like having a big brother on the bus when other kids start picking on you, is there?

There’s another saying about siblings. Variations abound, but the gist of it is, “You mess with my brother, you mess with me.”

It’s one thing for brothers and sisters to argue and fight with each other, but if someone else attempts to do the same, their own squabbles are forgotten and they band together to stand against the “enemy.”

I grew up with two older brothers, and as the “baby girl” in the family, I knew they’d come to my rescue. It’s funny, I can’t think of a single time when I really needed either of them to save me. There were no bullies, no crazy accidents, and no late night clandestine shenanigans. But somehow I knew that if I needed either of them, all I had to do was ask. Decades later, nothing has changed.

The O’Shea brothers in my Natchez Trace Novel series can square off, glare and growl at each other, circle like half-mad tigers in a cage, and even consider throwing a punch or two, but you know what?

After all is said and done, their true allegiance comes out when someone else threatens one of them. Past hurts aren’t always easily forgiven or forgotten, but when push comes to shove, the O’Shea brothers still stand shoulder-to-shoulder against the world.

And that’s as it should be.

He ain’t heavy, he’s my brother.

The Road to Magnolia Glen

Bitter since his eldest brother abandoned their family in Ireland, Quinn O’Shea travels to Natchez, Mississippi, ready to shuck the weight of his duty and set off on an adventure of his own. It’s time Connor, as head of the family, took responsibility for their younger siblings. While aboard ship, a run-in with three Irish sisters lands Quinn in the role of reluctant savior. Though it may delay his plans, he cannot abandon the Young sisters, especially the tenacious yet kind Kiera.

Upon arriving in the colonies, Kiera Young prepares to meet her intended and begin her new life. But she soon discovers the marriage her brother-in-law arranged was never meant to be, and a far more sinister deal was negotiated for her and her sisters.

Quinn offers to escort his charges safely to Breeze Hill Plantation and his brother’s care, fully intending to seek his freedom elsewhere. But the longer he remains, the greater his feelings toward Kiera grow and the more he comes to realize true freedom might be found in sacrifice.