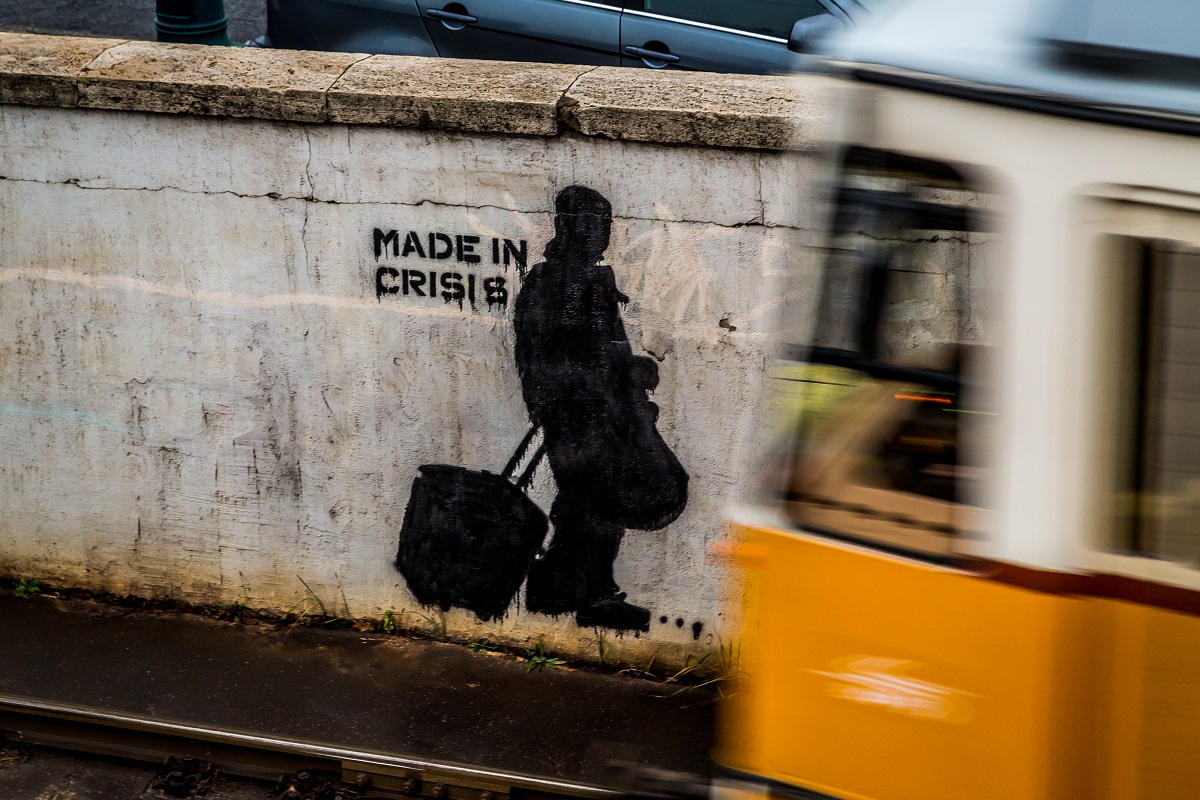 “Ultimately the revelations that happen in a crisis lay bare our spiritual state. We are forced to face uncomfortable realities. Our social systems are broken. We do not control our own lives completely, and when we do, we mess up. We are sinners, desperately dependent on the triune God.”

By Christine Jeske, excerpted from the book When the Universe Cracks.

In March of 2020, as my email inbox was overflowing with notifications about canceled events and in-person gatherings moving online, I plugged in my earbuds and went for a run. Scrolling through the many podcasts that were now focused solely on COVID-19, I chose one from the The Bible Project, appropriately titled, “Apocalypse Please,” with the descriptive line, “Is this the apocalypse?” I was intrigued. These early days of facing the pandemic surely felt like what people tend to call apocalypse—the coming of the end of the world. But as hosts Tim Mackie and Jon Collins explained, “apocalypse . . .does not mean end of the world.” The English word apocalypse is transliterated from a Greek word meaning revelation. The word is used across the Bible, not just about God revealing the new heavens and earth but for various times when God suddenly gives the ability to see reality in ways that people previously could not see it.

Crisis brings about upheaval, but in that upheaval, we also receive apocalypses. In their podcast, Mackie and Collins highlighted a few revelations happening in America during the early days of the pandemic. Families and couples who now had to spend every moment together discovered harmful patterns in the ways they had been relating to each other. People out of work recognized how they had idolized career success. Patterns emerging in infection and death rates revealed racial and ethnic disparities in health care and resource access that had existed for generations.

During the coronavirus crisis, God revealed to people realities about both individual lives and culture. Often those cultural patterns were painful to see because of the very fact that people faced the reality that social factors mattered—humans are not and never have been totally free individuals. Other times they were painful because they revealed how we as individuals had been complicit in accepting cultural norms and systems that harmed ourselves and others.

One revelation America faced at a cultural level was that even the best science has limits. As predictions of when we would bounce back from the pandemic stretched further and further into the future, Americans realized that there could be no guarantee that scientists could cure our bodies, either now or ever. In hospitals, health-care workers faced the reality that even if they could access enough ventilators and other technologies, many people would die from COVID-19. The coronavirus revealed the lie beneath the common Western expectation that life would keep getting better.

As human beings, we make sense of events by fitting them into narratives. We assume that certain events follow one after another, and causes and effects are predictable along certain lines. In the West, one of those narratives often used to make sense of events has been called the “redemptive self” narrative. As Christians, we tend to think of believing in redemption as all good, but in this narrative, it’s not Jesus who leads the redemption—it’s ourselves. Since the Enlightenment, systems of education and science in the West have been geared toward breaking down problems, testing hypotheses, and working hard to find answers. That way of solving problems has indeed cured innumerable diseases and brought modern technologies that enhance people’s quality of life. But the dominant culture also teaches people to credit human ingenuity for overcoming any problem and to expect that over time, society will keep making itself stronger, richer, smarter, and better.

This narrative differs significantly from the biblical flow of history. Throughout the Old and New Testaments, groups of people rise and fall in power through cycles involving human sin and God’s overarching command of history. Crises often reveal people’s dependency on the redemptive self narrative. In a crisis, not only does the present look bleak, but we have to be honest about the fact that the future might not get any better. In these moments of revealing, we can see the world through a different narrative: What if history and progress are in God’s hands, not humans’?

During the moments of financial crisis, another narrative that is often revealed is that for many people, especially those in the middle class, work holds the central place in our identity. To be out of work or seemingly failing at work—whether in a situation like a coronavirus quarantine or long term—touches deep nerves not only because of economic insecurity but because a dominant Western way of thinking equates work with human value. Among middle-class people, introductions often begin with people telling what they do for work. The narratives that saturate Western society teach people that when able-bodied adults are not working, there must be something morally wrong with them. This has never been true—plenty of people are out of work for no fault of their own or for noble purposes at any time in history. And yet for many Americans, it takes a crisis to reveal this.

Crises also often reveal our fears and the ways we assign blame. In cultural anthropology classes I taught in the spring of 2020, we began studying patterns of social-media posts to notice patterns of responses to COVID-19. Several students began tracking how people talked about masks. They noticed that masks became first a revealer of xenophobia, and then a political symbol. In the early days of the pandemic, white Americans were subconsciously racializing masks, imagining them as something only Asians wore. For many Americans, masks triggered thoughts that blame for the disease could be assigned to “foreigners,” not ourselves. The pandemic unearthed long-standing prejudices of Asian Americans and Asians as perpetual foreigners, dangerous outsiders, and competitors. As one student wrote in an article she later published on the topic, “Asian Americans are framed as ‘dangerous virus carriers,’ magnifying their existing alienation.” She quoted the anthropologist Mary Douglas: “Fear of danger tends to strengthen the lines of division in a community . . . the response to a major crisis digs more deeply the cleavages that have been there all the time.”

A few months later, masks had become another symbol of cleavage, this time of political polarization. From conservative to liberal parts of the country, the patterns of who wore masks revealed not just the choices of individuals but the patterns of who we trusted, who we identified with, and how strained were relationships even within one nation.

Ultimately the revelations that happen in a crisis lay bare our spiritual state. We are forced to face uncomfortable realities. Our social systems are broken. We do not control our own lives completely, and when we do, we mess up. We are sinners, desperately dependent on the triune God. How we respond to these realities further reveals our relationship with God. Do we tighten our grasp on fears and sins? Or do we step into the light and become what God calls us into in this moment?

When the Universe Cracks edited by Angie Ward

Global conflicts, civil unrest, fallen leaders, health crises, financial meltdowns—the world is ripe with strife. When we face unexpected personal crises or when society around us seems to be collapsing, we wonder: Why is this happening? Can God be trusted?

Who can I trust to help me follow Jesus through this current crisis?

When the Universe Cracks is a sweeping, multifaceted look at the role of crisis in the life of faith from an esteemed gathering of pastors, faith leaders, and experts. You’ll find honest and realistic reflections to help you navigate a present trouble or anticipate changes. Inspired by a global pandemic, these writers examine the whole history of God’s people and offer a fresh perspective for every time the universe cracks.

When the Universe Cracks is the first in a series of Kingdom Conversations, books that bring together experts and faith leaders to address the most urgent and perplexing challenges of our time in resonant and redemptive ways for each of us and all of us. 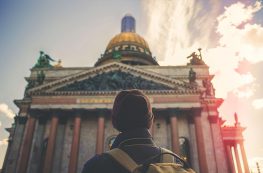 The Problem With Being “Spiritual But Not Religious”