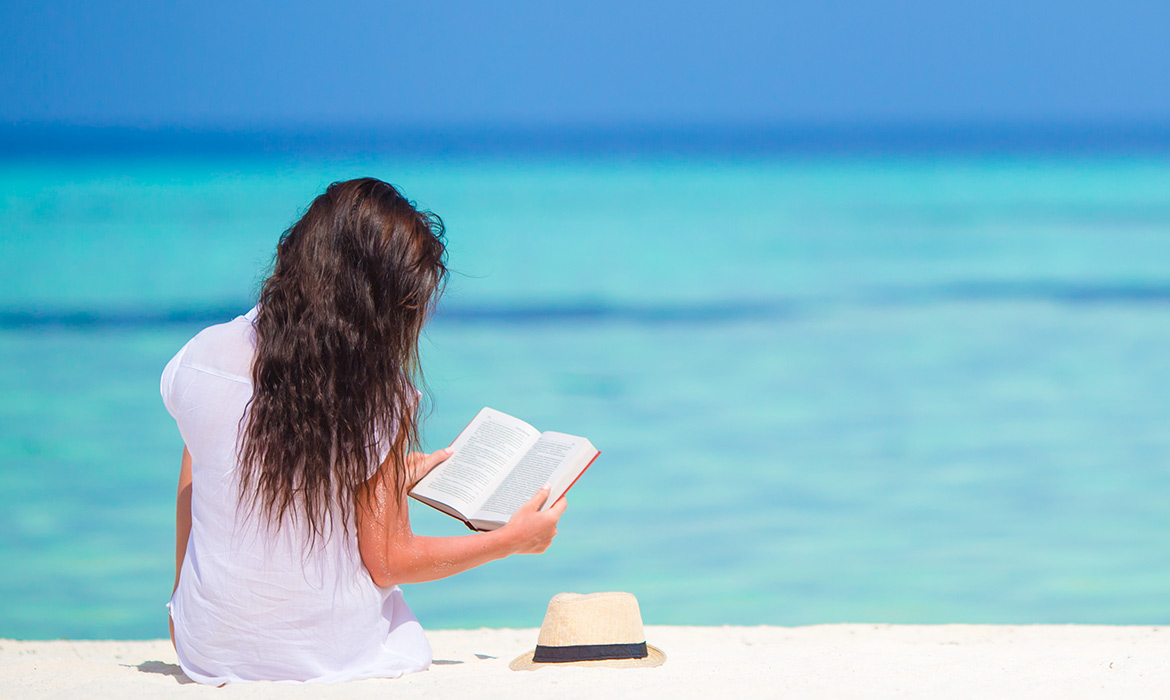 Contemporary Romance Beach Reads That You Won’t Want to Miss

“Go on an adventure without leaving the comfort of your beach chair!”

What trip to the beach is complete without a book? There’s nothing quite like relaxing in the sun and smelling that great breeze while reading to the rhythm of waves. Whether you’re in it for the classic tropes or a fresh spin, these contemporary romance novels are sure to speak to your heart and soul. Explore the list of books below! Then, grab your sunscreen, put on your shades, and go on an adventure without leaving the comfort of your beach chair!

If for Any Reason by Courtney Walsh

Emily Ackerman has traveled the world, her constant compass and companion a book of letters her mother left for her when she died. With no father in the picture, her mom’s advice has been her only true north. But when professional failure leads Emily back to Nantucket to renovate and sell the family cottage she inherited, she wonders if her mom left advice to cover this . . . especially when her grandmother arrives to “supervise.” And especially when her heart becomes entangled with Hollis McGuire, the boy next door–turned–baseball star who’s back on the island after a career-ending injury.

As sparks fly between her and Hollis, Emily is drawn to island life, even as she uncovers shocking secrets about the tragic accident that led to her mother’s death. With her world turned upside down, Emily must choose between allowing the voices from her past to guide her future or forging her own path forward.

Is It Any Wonder by Courtney Walsh

Their worlds collide just months before that particular day when Louisa’s fledgling event planning company is hired by the local Coast Guard station, where she discovers Cody has recently returned to the island as the second in command. As they plan a regatta fundraiser,

hoping to promote positive PR in the community, neither can deny the fireworks each encounter ignites. But working together also brings up memories of the day Cody’s father died, revealing secrets that have Cody and Louisa questioning everything they thought they knew and felt about their families and each other.

From two-time RITA Award–winning author Carla Laureano comes a story of romance, transformation, and the beauty of belonging.

Los Angeles interior designer and former foster kid Kendall Green is in high demand, both for her impeccable eye and for her uncanny ability to uncover the provenance of any piece. But for all her success, skyrocketing costs have put her California home and her business in jeopardy. Then an unexpected inheritance provides a timely solution: a grandmother she never knew has left her a group of historic properties in a tiny Colorado town on the edge of ruin.

To young, untried mayor Gabriel Brandt, Jasper Lake is more than another small town—it’s the place that saved his life. Now, seeing the town slowly wither and die, he’s desperate to restore it to its former glory. Unfortunately, his vision is at odds with a local developer who wants to see the town razed and rebuilt as a summer resort.

He’s sure that he can enlist the granddaughter of one of its most prominent former citizens to his cause—until he meets Kendall and realizes that not only does she know nothing of her own history, she has no interest in reviving a place that once abandoned her.

In order to save his beloved town, Gabe must first help Kendall unravel the truth of her own provenance—and Kendall must learn that in order to embrace the future, sometimes you have to start with the past.

Andrea Sullivan is so consumed by her hospitality-consultant job that she’s forgotten what brings her joy. She dreads her new assignment—a last chance to snag a high-profile client in Scotland. Yet the lush Isle of Skye transcends her preconceptions. As does the man she must impress, the rugged, blue-eyed Scotsman James MacDonald.

He’s passionate about cooking, but after six restaurants, four cookbooks, and his own television show, he’s grown weary of the scrutiny that comes with living in the public eye.

Soon Andrea and James begin to sense these five days in Skye together may just be God’s wild invitation into deeper life . . . and truer love.

From the bestselling author of Lulu’s Café

Sophia Prescott is still mending from the embarrassment of a highly publicized divorce from a pro football player, and the now-single mother is back in Sunset Cove, surrounded by the supporting love of her family and the Sand Queens. Sophia doesn’t think there’s any hope for starting over until an unexpected trip to the pediatrician’s office gives her a second chance after all.

Dr. Weston Sawyer knows all about lives shattering into millions of pieces. His own all but ended when a truck driver fell asleep at the wheel and barreled head-on into his pregnant wife’s sedan, killing her instantly and leaving Wes with a soul so wounded that it has refused to heal. He packed up and left swampy southern Alabama for South Carolina with the hope of fading into the sleepy coastal town of Sunset Cove. Instead, feisty brunette Sophia Prescott will have him braving something different and entirely unexpected. If Sophia and Wes can take the leap to give love another try, they just might find that hope has a way of coming back around and weaving into one’s heart.