Off to War With a Hero: Meeting Pat Tillman

Waiting for our platoon assignments was its own form of purgatory. Anyone who outranked us—which was basically everyone at battalion—could order us to do whatever they thought might provide the most entertainment. Usually that meant thirty push-ups, with feet elevated on a curb or a chair. Other times it meant running and climbing training ropes.

After nearly a week of this, the five of us assigned to Alpha Company were told to report to the first sergeant’s office to get our platoon assignments. Perpendicular to the first sergeant’s office was the charge of quarters station. Sitting at the desk was one of the most physically imposing soldiers I had ever seen. Being a Ranger requires both strength and the ability to endure long periods of intense aerobic stress. As a result, most Rangers looked more like me—five feet nine inches and 185 pounds, muscular but not big, built more for soccer than for football. This guy, however, had to have been over two hundred pounds of pure muscle. The badges on his uniform indicated he had already been to combat. With his square jaw and dark brow furrowed as he read a book, this guy looked just plain mean.

I nearly chuckled in surprised confusion when I scanned the title of the book in his hands: Tuesdays with Morrie, the poignant story of a dying professor and the life lessons he passes on to a former student, a book described by reviewers as “sweet,” “moving,” and “nourishing.” Hardly Ranger reading material. 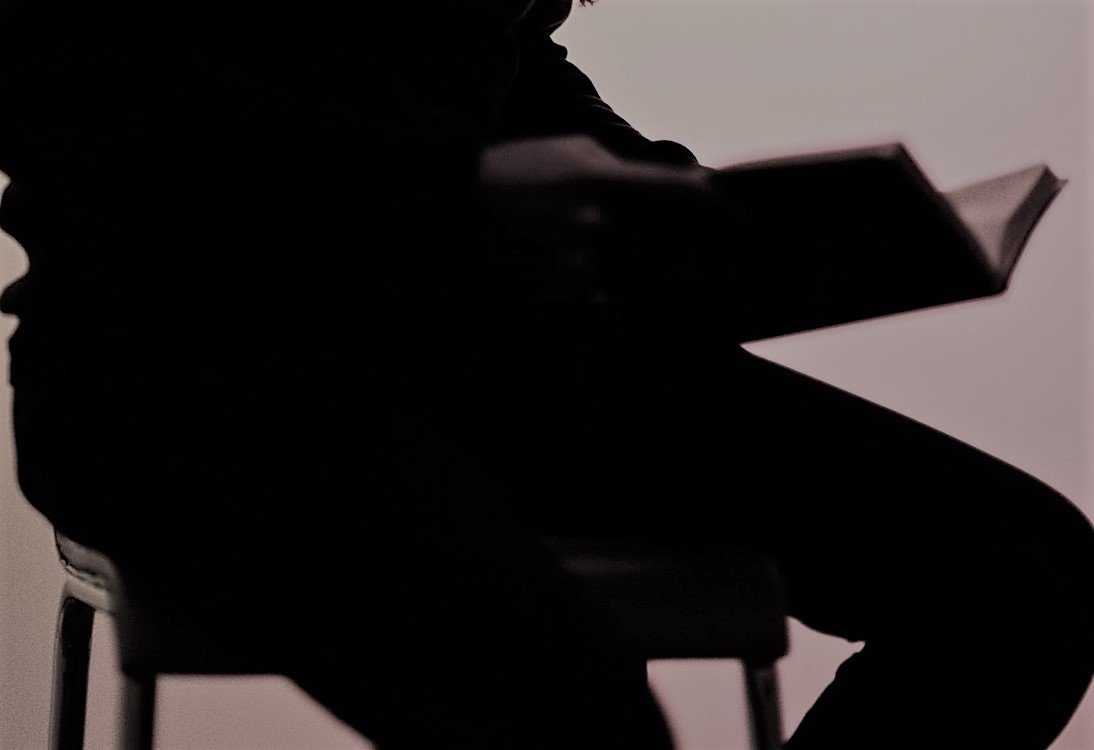 The Ranger glanced up and caught me observing him. Without hesitation he pushed back his chair and stood.

Great, I thought. Here we go.

But he surprised me again. A smile broke out on his face. Then he extended his hand. I was highly suspicious, but I took his hand and shook it, instantly enveloped in his firm and friendly grip.

“Hey, I’m Pat,” he said. “Welcome! Congratulations on making it!” I noticed the name “Tillman” stitched on his uniform. It rang a bell, but I couldn’t recall from where.

“Do you have your platoon assignments?” he asked.

At that moment, another Ranger, slightly smaller than Pat but with strikingly similar features, appeared in the stairwell next to us. “Hey, Kev!” Pat called. “These guys are new to the company, and they’re waiting to get their platoon assignments. Can you help me get them squared away?” 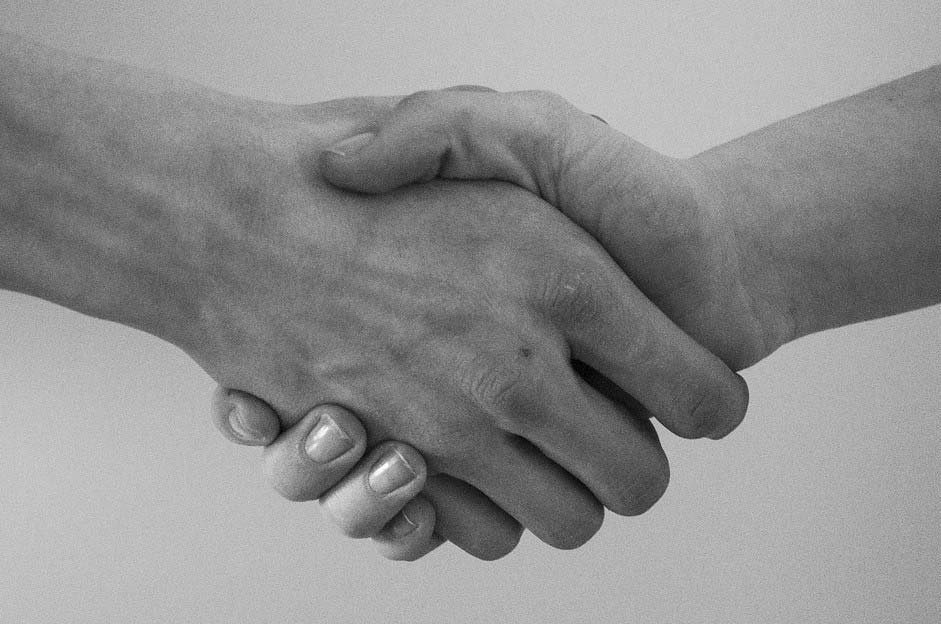 “Sure!” he replied. It was as if we had just stumbled into their living room and our new hosts wanted us to be both welcomed and comfortable. It was beyond weird.

“How you fellas doin’?” Kev asked. I noticed the same name, “Tillman,” on Kev’s uniform as well.

He and Pat quickly disappeared into the first sergeant’s office and were informed that Boatright and I were to be assigned to Second Platoon, known as the Black Sheep, which was also the platoon of our new friends, Pat and Kev.

Only later did I realize why the pair seemed familiar. Pat Tillman was the twenty-seven-year-old NFL star who had walked away from a multimillion-dollar contract to join the Rangers in 2002. Kevin was his twenty-five-year-old brother, a former minor league baseball player who enlisted at the same time as Pat. I hadn’t watched Pat play—I liked football but didn’t have cable at ORU—and I hadn’t followed his life closely, but I’d heard the story. Their willingness to serve was admirable, and they sure seemed like good guys. 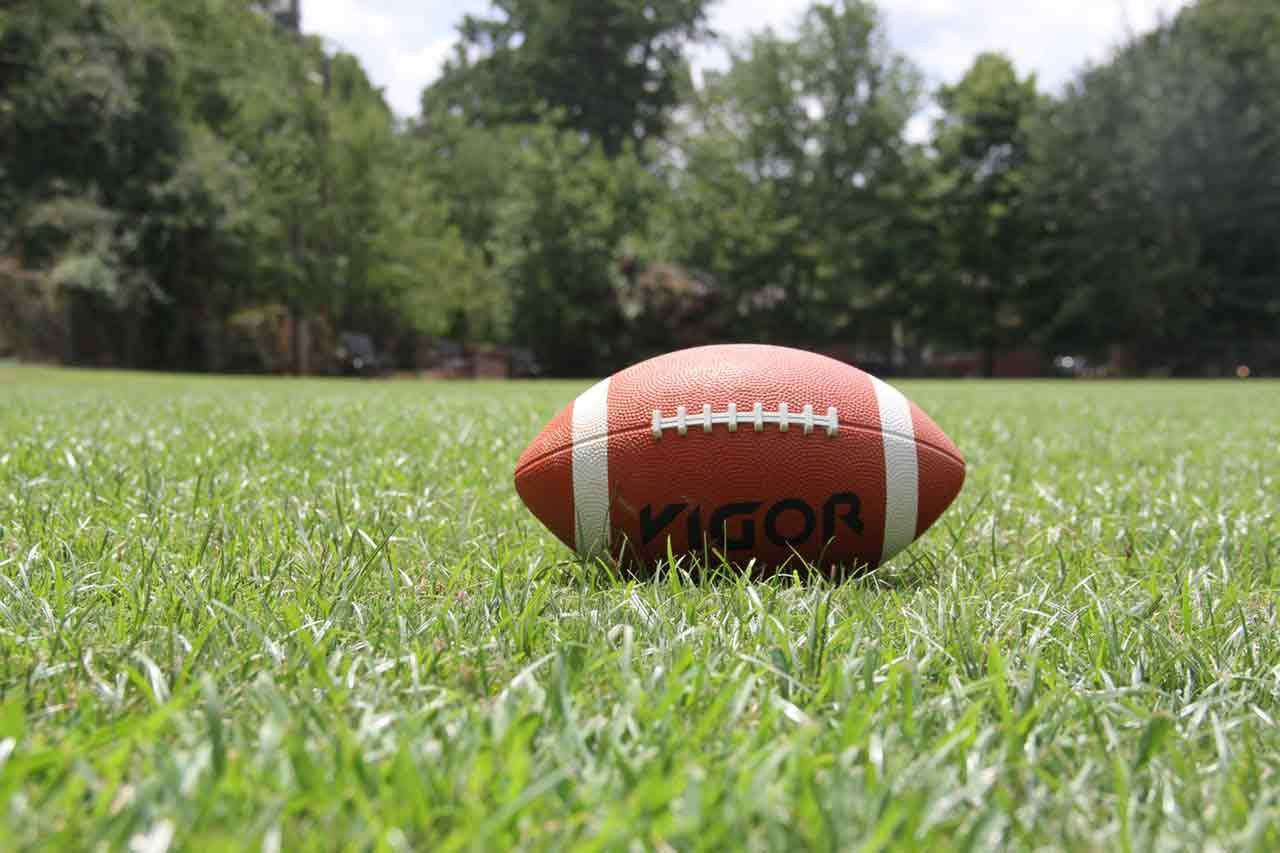 Kevin, Pat, and I were the only ones in the platoon besides the PL with bachelor’s degrees, which created a strange dynamic at times, having a civilian diploma that qualified all of us to be officers yet serving under NCOs who had less education but all the power. I followed the Tillmans’ lead, quickly realizing that my education meant nothing here and could in fact be intimidating to some. Most guys who had joined the Rangers had little else in the way of civilian experience. Some were pursuing a dream to serve in special operations; others were fleeing broken families and broken lives.

Pat of course had the most well-known pre-army life of all of us, although I never heard him speak a word of it. He had attended Arizona State on a football scholarship and was named Pac-10 Defensive Player of the Year as a linebacker in 1997. He was also the rare student athlete who excelled academically. He earned a marketing degree in three and a half years, graduating with a 3.84 GPA. Pat won a number of college academic honors, including the Honda Scholar-Athlete of the Year award in 1997. He then gained national fame playing in the NFL for the Arizona Cardinals.

Rain or shine, Pat was wearing flip-flops along with his jeans and T-shirt, more appropriately dressed for the beach than a western Washington winter. One day I heard the flip-flopping of his footwear as he entered the squad room.

“Hey, Steve, how’s it goin’?” he asked. When sergeants weren’t around, I was always “Steve” to Pat.

“Kevin mentioned you went to school—where’d you go?” 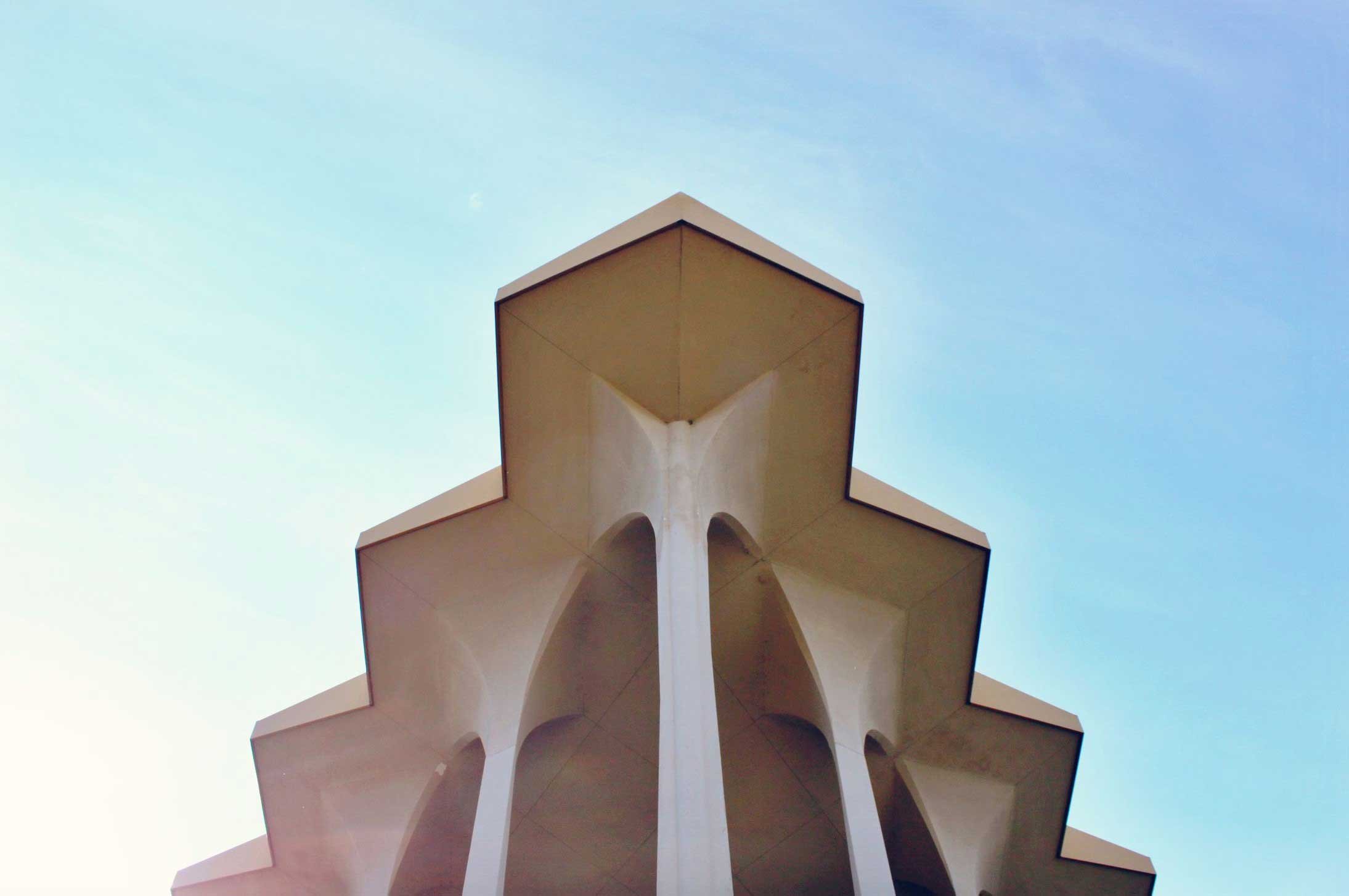 “Oral Roberts. I studied business there.”

“Oh, that’s awesome! I’d love to hear more about that.”

Pat and I chatted for a few more minutes. His interest in our conversation was clearly genuine. It didn’t feel as though he was using me to kill time. Pat and Kevin helped make this strange place feel a bit more familiar. A bit more like home.

On April 5, I was in the squad room with the rest of the guys, getting ready to deploy. In a few minutes we’d haul our weapons and gear onto buses to catch a cargo plane to Afghanistan.

After a short ride to the McChord Air Force Base, we arrived at the flight line and piled into a large, open hangar. The smell of jet fuel filled the air. We waited a few minutes and then began filing across the tarmac to the open jaws of a Boeing C-17. 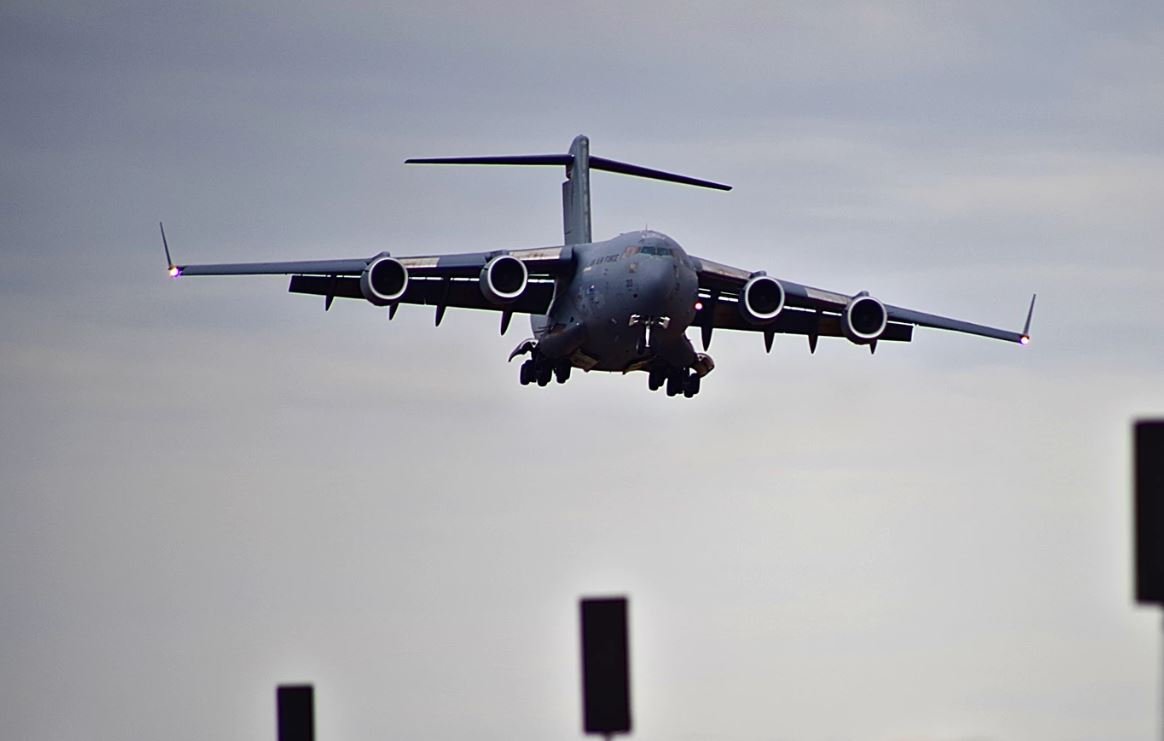 I grabbed a seat in one of the middle rows near the center of the plane. The flight crew began passing out earplugs and Ambien.

I glanced at Pat, Kevin, and some of the other more seasoned guys in the platoon, seeking to gauge their reaction to this moment and respond accordingly. They all looked far more relaxed than I felt. There was very little chatter. It was difficult to hear with the engines blaring, and conversation took extra effort.

I stared out the back of the aircraft onto the open ramp I had just walked up, wondering what the world would look like on the other side. Suddenly, the ramp began to close, sealing us tightly in the large metal tube. There was no going back now. I felt the chill of death, though at the time I didn’t know its name.

This is what I wanted. To be the “tip of the spear.” Fear turned to doubt and doubt to a cold determination.

I’ll do my job and I’ll come home, I thought. We all will.

Adapted from War Story: A Memoir by Steven Elliott, releasing in May, 2019 from Tyndale House Publishers. All proceeds from the writing of this book that would otherwise be payable to the author will be donated to the Elliott Fund, a nonprofit organization dedicated to meeting the mental health needs of the active-duty and veteran community. Visit www.elliottfund.org.