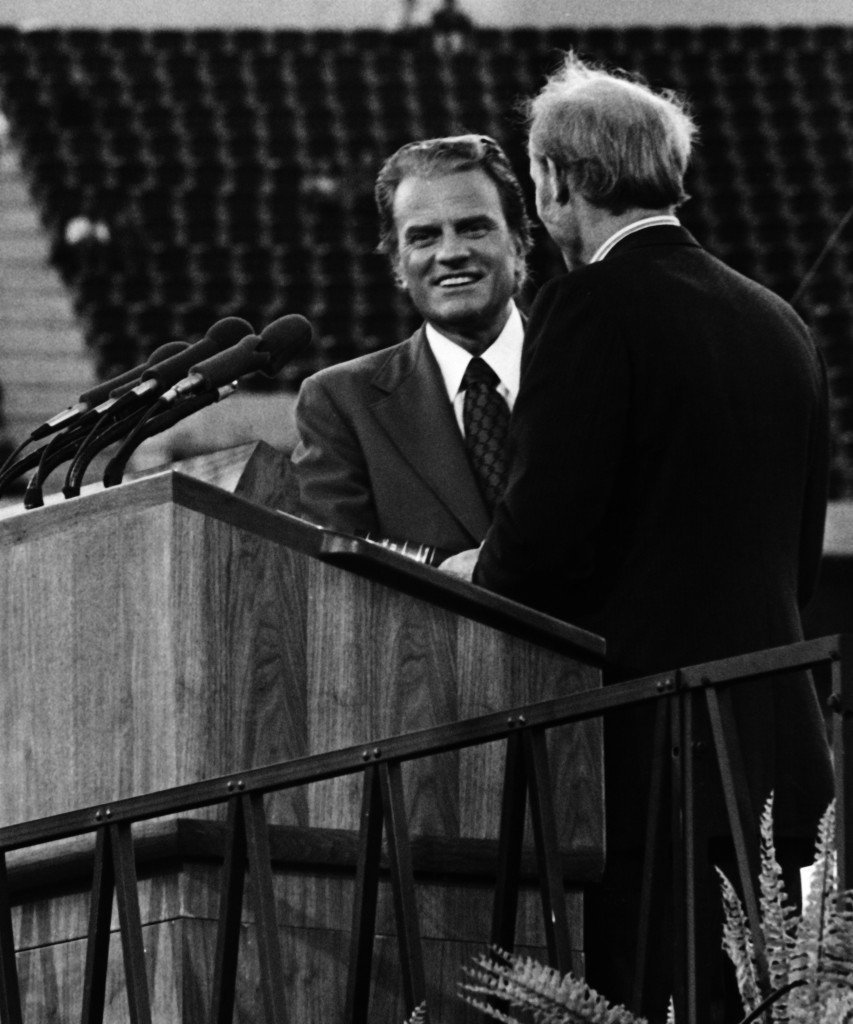 This photo was taken in 1971 with Dr. Taylor presenting the 1  st  copy of  The Living Bible  to Billy Graham at the Oakland-Alameda County Crusade.

The significance of presenting TLB to Dr. Graham is that in the Fall of 1963, Billy Graham used the paperback edition of Living Letters as a television premium for his crusades. In all, more than 600,000 copies of Living Letters were sent to viewers. In the years that followed, the Billy Graham Evangelistic Association used hundreds of thousands of each of the subsequent books in the Living series. His endorsement and publicity significantly launched Living Letters and the whole concept of a paraphrased Bible.