We Call Ourselves Christians…They Say We Are Infidels

We Call Ourselves Christians…They Say We Are Infidels

The Christians didn’t know where or when their forced exodus would end. They knew that ISIS had taken everything from them—except their faith.

In Kirkuk, about one hundred miles southeast of Mosul, residents heard in June 2014 that ISIS was headed their way, determined to capture the heart of the country’s oil fields that lay in between. “Ninety-nine percent of the Christians have left Mosul,” said Haitham Jazrawi, the pastor of the evangelical church in Kirkuk. Haitham was the first pastor I reached by phone just after learning of the ISIS takeover of Mosul. When I talked to him again that same evening, he spoke rapidly and louder than usual. “No one knows what will happen to us in the next days,” he said, obviously nervous. “Pray for us. We still believe that our Lord wants us to stay in Iraq.”

Over the coming days, it would prove harder and harder to stay anywhere in the vicinity of ISIS. The terrorist organization kidnapped two nuns and three orphans, releasing them two weeks later. Women were restricted from leaving their homes, and when they did, they were ordered to be veiled. ISIS took over forty churches in Mosul, destroying crosses and statuary, turning some into prisons for captured women and girls.

Even as reports emerged of torture and abuse, including rape, some Christians returned to their homes, hoping to reach some accommodation with the ISIS authorities in Mosul. They thought if they lay low, they might keep their property. Eventually shops would open again, and business would resume.

ISIS made quick work of imposing Sharia law and a new Islamic regime. During Friday prayers on July 18, instead of the muezzin’s call to prayer going out from the mosques, the loudspeakers demanded that remaining Christians leave. They had until noon Saturday. The deadline and the conditions were unequivocal, familiar to Christians: convert or pay jizya to remain as second-class citizens. For all others, there was nothing left “but the sword.”

Duraid Hikmat, a resident, said most Christians were afraid to leave at that point, afraid of being identified as Christians by ISIS, who now had militants staked out everywhere in the city. Some converted to Islam on the spot.

Others left as best they could. Ahlam, a thirty-four-year-old mother of two young boys, said she and her husband carried their boys on their shoulders for twelve miles just to escape before the deadline. They saw hundreds doing the same, including many helping the elderly and disabled. Church leaders said 150 families left Mosul under the deadline threat, and those few who remained, thinking they could negotiate with the militants, had been advised by their churches to flee.

Out in Nineveh Plains, volunteers from Iraqi Kurdistan drove in to await the exiles in safe areas, giving them rides to nearby towns so they could avoid walking in the heat. Ahlam was in tears when she and her family met a ride that way. “I left my home in Mosul, which my family built decades ago. And it was taken away in an instant,” she said. “Everything’s gone, all our memories. Our home has become property of the Islamic State.”

ISIS wasted no time confiscating property in Mosul, spray-painting homes belonging to Christians with the black Arabic letter nun , for Nasara , or Nazarene, the name Christians were commonly known by in Arabic. At one gated home belonging to a Christian family, an olive tree spilled its branches over the wall, and below that the militants spray-painted, “Long live the Islamic State in Iraq and the Levant. Muslims are happy with the return of Mujahideen. Allah is Greater.”

Outside the city, the Islamic fighters posted checkpoints, mostly to intimidate and extract valuables from those fleeing. They pointed their guns directly at the children while stripping the parents of their valuables. They forced mothers to turn over gold jewelry and fathers to give up their cell phones and cash.

One mother dropped her diamond engagement ring into her baby’s diaper, and she and her children made it safely through. In the hasty departure she’d become separated from her husband and had no other resources to buy her family food. An elderly man, arriving in the safety of a church in Nineveh Plains for the night, described how the ISIS fighters entered his house. “They said if you convert to Islam, you can stay in your home; otherwise get out.” His voice trembling, he added, “I had a chicken I wanted to take for food, but even that they did not let me take.”

Disbelief ruled the moment in the quiet of Nineveh’s ancient churches. “We have lived in this city and we have had a civilization for thousands of years,” one Christian stammered, “and suddenly some strangers came and expelled us from our homes.”

Sinan observed that many of the ISIS fighters he saw were not from Iraq: “They were from Afghanistan, from Saudi Arabia.” His family settled in at his uncle’s home in Qaraqosh, realizing they would probably never go back to Mosul.

The door-to-door audacity of the Islamic militants shook Mosul residents. ISIS had walked freely on their streets, passed their doorways, and in some cases broken right into their homes, ordering them face-to-face and at gunpoint to leave. And no one had stopped them.

As the Christians congregated out in Nineveh Plains and told their stories, they suspected Muslim neighbors had actually shown ISIS the way to Christian homes—a breach of trust among neighboring Christians and Muslims, whose coexistence in the city had been generations in the making. And the refugees realized, with a sense of doom, that apart from a few fellow Christians, no one had come to help them—not their own army nor the police nor the outsiders to whom they had long looked for protection.

All over the country, Iraqis worried the campaign to expel Christians from Mosul would soon extend throughout Nineveh Province, stretching to the border with Syria and across ancient lands belonging not only to Christians but to Sabaean-Mandeans, Turkmen, and Yazidis. If that happened, warned Juliana Daoud, a professor at Basra University from Nineveh, it would be “the last nail in the Christians’ coffin in Iraq.”

The Syriac archbishop of Mosul, Nicodemus Daoud Sharaf, was one of the last to leave. He left his home with only five minutes to spare, he said. He could see ISIS militants down the road three hundred yards away. He said, “They take everything from us, but they cannot take the God from our hearts—they cannot.” 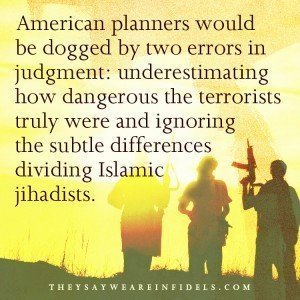 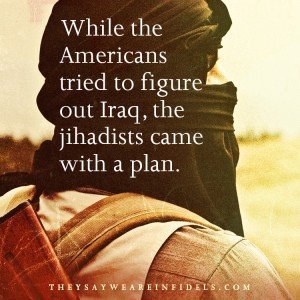 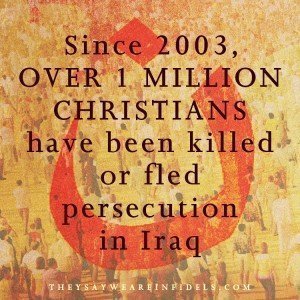 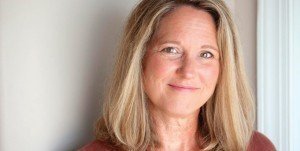 Mindy Belz is the author of They Say We Are Infidels and senior editor of WORLD magazine. Writing for the publication since 1986, she has covered war in the Balkans, Sudan, Iraq, and Afghanistan—and has reported also from Nigeria, Syria, Turkey, Haiti, and elsewhere. Her reporting has been published overseas and in the United States in The Weekly Standard and other publications. She has appeared on Fox News, ABC News, and radio talk shows. Mindy is a contributing author of Sorrow and Blood: Christian Mission in Contexts of Suffering, Persecution, and Martyrdom and speaks frequently about persecution and survival in the Middle East. She enjoys engaging with younger audiences on a broad range of current events, as well as teaching journalism both abroad and closer to home under the auspices of the World Journalism Institute. Mindy worked on Capitol Hill and attended George Washington University, but for more than thirty years has lived in Asheville, NC, where she is a wife and mother of four children.