The Continued Impact of The Living Bible 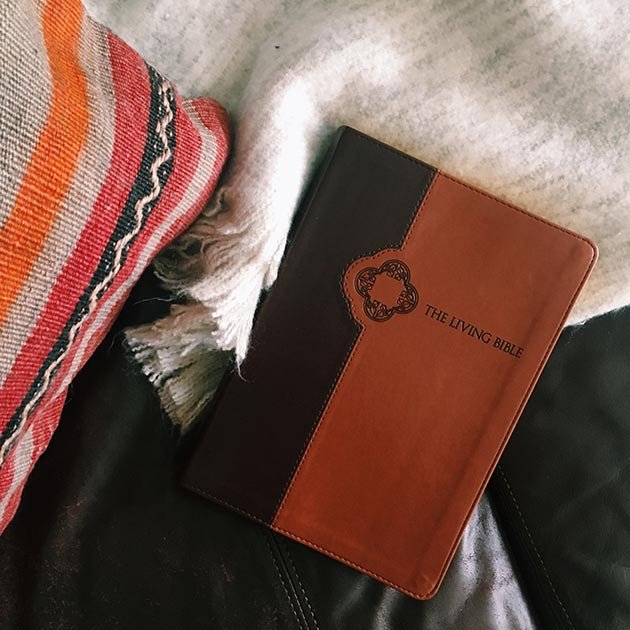 In 1971 Tyndale House Publishers released the highly anticipated The Living Bible. Bringing together Living Letters (1962), a book The Billy Graham Evangelistic Association gave away millions of copies of during their Crusades, as well as the subsequent books in the Living series:

In over 40 years since its original release, The Living Bible has touched well over 40 million lives in North America alone and been sold all around the world. 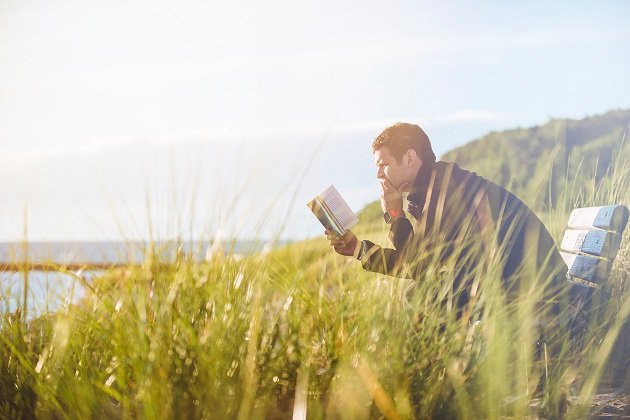 Written in easy-to-understand, modern English, The Living Bible is a paraphrase of the Old and New Testaments. Its purpose is to say as exactly as possible what the writers of the Scriptures meant, and to say it simply.

Dr. Kenneth N. Taylor, author of The Living Bible and founder of Tyndale House Publishers, started writing the Bible paraphrase for his children, who struggled to comprehend what was really being said in the old language of the King James Version (KJV). In his autobiography from 1991, Dr. Taylor said he had a dream “for all peoples of the world to read and understand God’s Word and experience its power at work in their lives.”

The Living Bible was dramatically different from the King James Version, which had been the predominant English translation since it was first published in 1611. The wording of the KJV was difficult for many readers in the twentieth century, both because of the antiquated language and because of the word-for-word style of the translation. The Living Bible, on the other hand, used contemporary terminology and everyday English syntax, making the Scriptures and, crucially, their meaning far more accessible to the everyday reader. 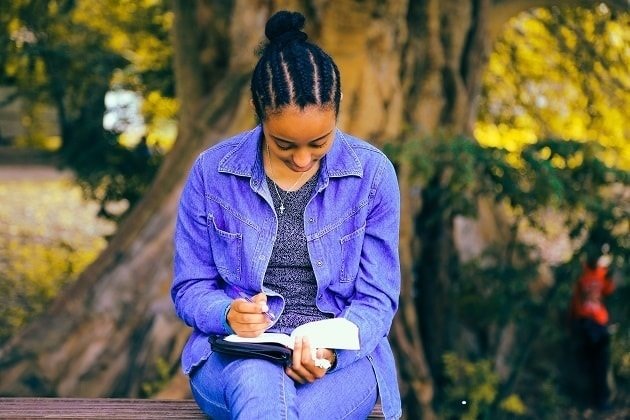 The publication of The Living Bible turned the world of Bible publishing upside down. For the first time Bibles were being sold in grocery stores, drugstores, and even department stores like Sears and J. C. Penney.

Since publication, The Living Bible has been used by God to reach and relate to millions of his people, often being cited as a major factor in how people came to Christ.

“It was in 1975 when my mother, a new Christian herself, gave Living Bibles to me and my brother—both of us were married and young parents at the time. I had tried to read the Bible before (King James, starting in Genesis), but when I picked up that Living Bible, for some reason I opened to Matthew. Over the months that I read the New Testament in The Living Bible, God began to work in my life. I found Christ as my savior in February 1976. It’s hard to put into words what I felt when I had the privilege to meet Dr. Taylor after I’d signed on to write some books for Tyndale House. His paraphrased Bible was used by God to bring me to Him, and I’m so grateful for Dr. Taylor’s obedience and vision.” 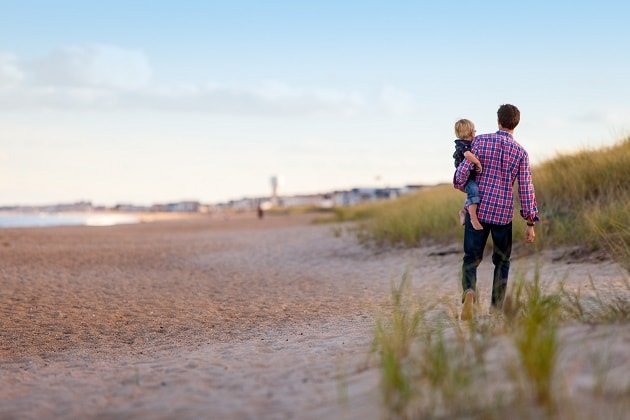 In 1972, 1973, and 1974, The Living Bible was the biggest-selling book in America and went on to be translated into around 100 different languages through the ministry boosted by the success of Living Letters: Living Bibles International. This ministry, founded in 1968, merged in 1992 with the International Bible Society, which later became Biblica.

Tyndale House Publishers has been privileged and humbled to learn of the Bible’s impact throughout the years, not only bringing people to Christ but also making the Scriptures easily accessible for so many people.

“We are Bible translators in Korea and have just finished translating his Word in a language of Central Asia this year (2005). Every time we faced difficult passages to translate, we opened The Living Bible, and many times we got good ideas from that. We didn’t even know the author’s name, but we thanked and praised God for such a great translation. We are not native English speakers, and The Living Bible helped many non-native English speakers to understand his Word much better than any others. Thank you, thank you, thank you.” 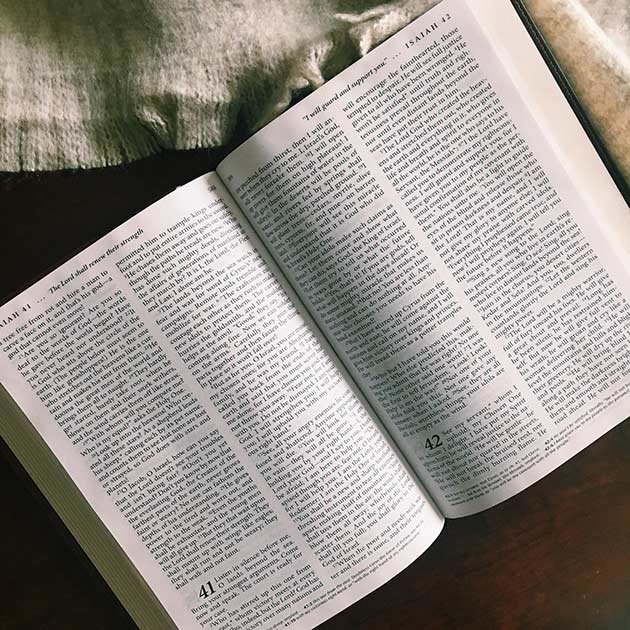 “When I became a Christian, I felt culturally and linguistically estranged from the Church. I could not understand the King James Version of the Bible and was constantly taught to “get into the Word” that was in a language that was hard for me. I actually considered leaving the Church because the academic and intellectual focus on the Word of God left me out. God breathed new life into me when I first read The Living Bible, and for the first time, the Word of God became alive to me. For the past 22 years, I have used The Living Bible while ministering to alcoholics and addicts, and for the past 9 years, I have used it in ministry to international students. I thank God for The Living Bible and Dr. Taylor’s obedience to God in writing and publishing it.”

Tyndale’s own Ron Beers, Senior Vice President and Publisher of Tyndale Books, experienced a dramatic impact from his encounter with The Living Bible:

“At 17 years old my father gave me a copy of The Living Bible to read at summer camp. Though I grew up in a Christian family, I didn’t have any ‘heart moments’ while reading the KJV, and it wasn’t until I read this version that I truly fell in love with God’s Word.

I was out on a 3 day ‘solo’—the camp sent you off into the forest on your own with just a Bible and 3 matches—so I had a large amount of time to just get into the Word, and it was a pivotal moment for me. 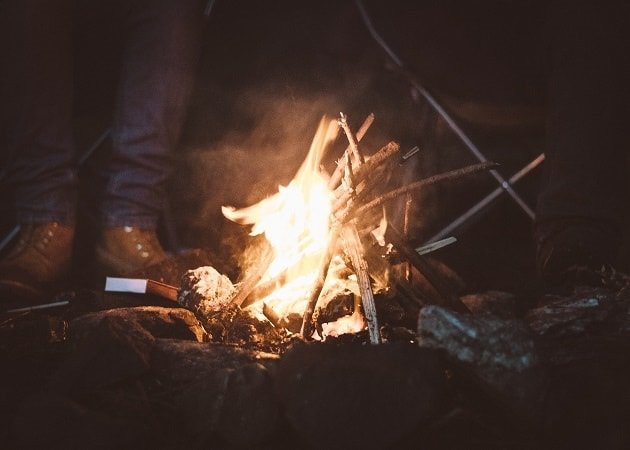 Some years later I joined the team at Tyndale House Publishers and had the privilege to know and work beside Ken Taylor, the founder of Tyndale and translator of The Living Bible. I was on the acquisitions team and used the translation philosophy of The Living Bible as a template to drive our philosophy of acquiring books—making sure everything we published would speak to the heart of the reader, making God’s Word as accessible and applicable as possible.

I’ve had the privilege of working for 31 years at Tyndale, and I still can’t believe I went from being a 17-year-old wannabe semi-truck driver to being so changed by The Living Bible that I grew up to be in Christian publishing. Only God could do that!”

A new large print edition of The Living Bible released in June 2018 and is available here.