“Why didn’t you say something sooner?”

I have been asked that question more times than I can count. Sometimes it is motivated by a genuine desire to understand, and sometimes it’s articulated like a weapon, casting doubt over whether my abuse even occurred. The truth is, I did say something sooner—many of us did. But as survivors of sexual assault will tell you, saying something is one thing. Being heard—and believed—is another.

Bullies and predators prey on the defenseless. They count on victims being unable to protect themselves. More important, they count on everyone else being too afraid to confront them. I hate injustice, but I hate silence and apathy in the face of injustice even more. Far too often, bullies’ belief that no one will challenge them is both well-founded and devastating for the people they target. But it doesn’t have to be this way.

My strong sense of justice and my desire to protect others were evident early on. Once when I was around seven, my mom took me, my little brother, Joshua, and my little sister, Bethany, to McDonald’s for a playdate with friends. This restaurant had a play area with a ball pit, winding tubes, and a twisting slide guaranteed to administer a near-lethal static shock the moment you sat down.

So many adventures could be imagined amidst the plastic twisting labyrinth. I was hard at work scoping out the plastic tunnels for enemy invaders when I saw it. Just below me, through one of the plastic windows covered in greasy fingerprints, I noticed a boy about my age kicking my brother and sister.

A fierce wave of emotion enveloped me. As the oldest and strongest, I knew what my job was—to protect those who couldn’t protect themselves. I had known it from the moment my mom brought my baby brother home from the hospital when I was about two and a half.

I wanted so badly to take care of Joshua that my mom let me “help” with diaper changes, explaining every step of the process. And it was a process. In 1987, cloth diapers weren’t today’s fancy preformed ones with snaps, pockets, and inserts. They were the old-fashioned kind that you had to fold and pin on with enormous safety pins. I remember as if it were yesterday my mom teaching me how to do it—showing me how to fold the cloth to make the correct shape, where the diaper should fall on the baby’s little belly, and how to check the legs to make sure the diaper was fitting properly. Then she did something that was forever burned in my mind. She tucked her index and middle finger under the edges where the diaper met and said, “The most important thing to remember is to put your fingers between the diaper and the baby, exactly where you are going to push the pin through. That way, if the pin slips and someone gets hurt, it’s the mom and not the baby.”

That simple revelation permeated my toddler brain. Here was my mom, showing me how she intentionally put herself in harm’s way to keep my brother safe—willingly sacrificing herself because she loved my brother that much.

“The most important thing to remember, Rachael,” she had said, “is to keep the little ones safe.” 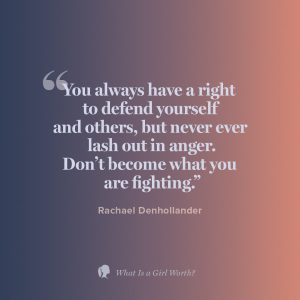 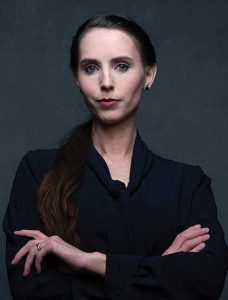 Five years later at McDonald’s, the instinct to protect my siblings was every bit as strong.

I scrambled down the slide as fast as I could, and without hesitating, grabbed the bully’s wrists. He glared at me and tried to free his wrists, yelling for me to let go. I took a deep breath, looked the child squarely in the eyes, and spoke firmly and calmly.

“Stop. You are hurting them, and you are old enough to know better. If you try to hurt anyone again, I will go find an adult.”

Angrily, he paused and then grunted a defiant “Fine.”

We went back to playing, and I was filled with relief. My siblings weren’t hurt. I’d done my job. I had used what I’d been given—my age, my strength, and my words—to protect them.

I knew what to do that day because I’d been explicitly taught that you always have a right to defend yourself and others.

“You always have a right to defend yourself and others,” they had said, “but never ever lash out in anger. Only do what is necessary to keep everyone safe.” In other words, my motivation needed to be love—not anger, not revenge.

If all I wanted was to be right and to win, I would ultimately be motivated by arrogance, and I would be tempted to compromise, bend or twist facts, manipulate and maybe even ignore parts of the truth. 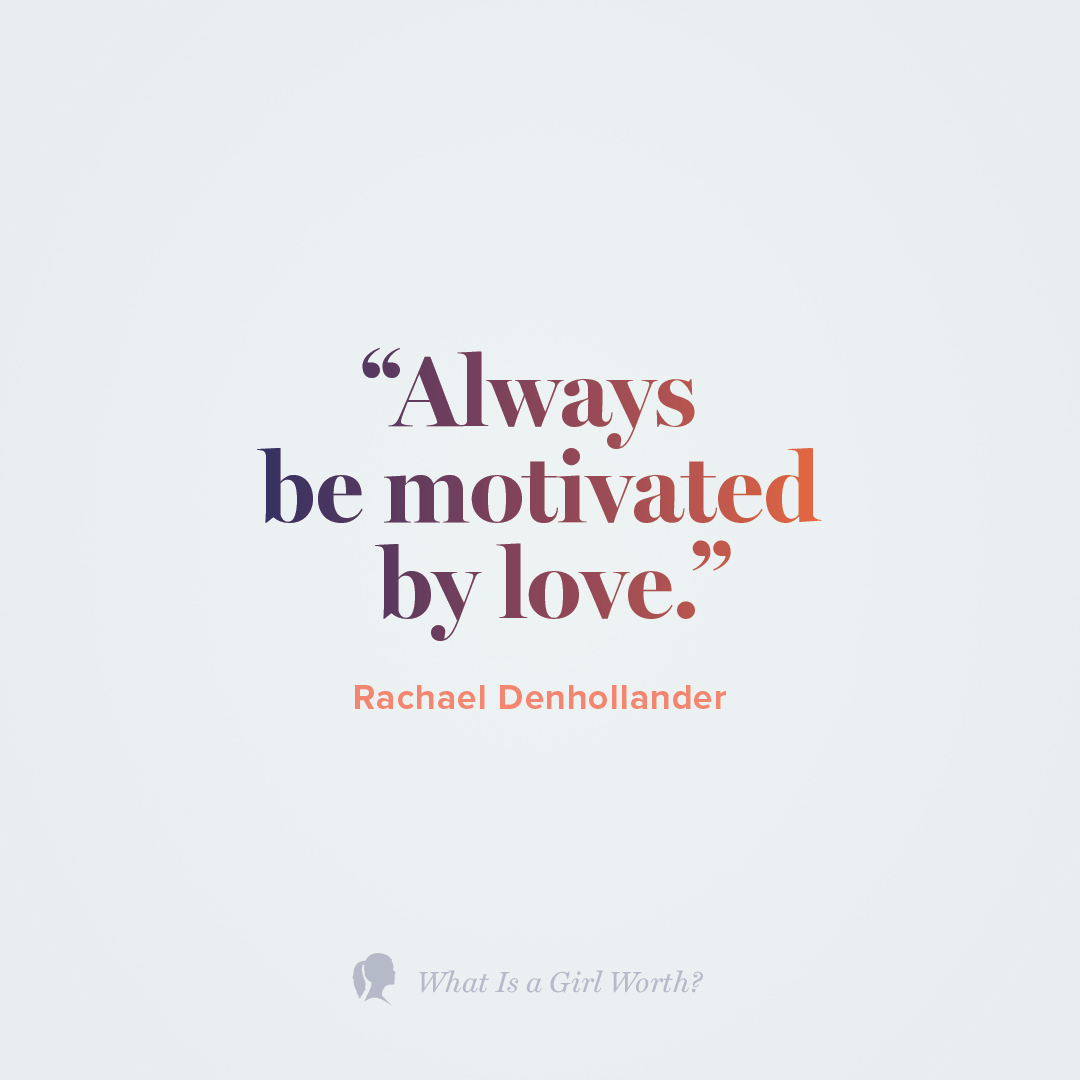 Love would ensure a willingness to hear and see the truth, even if it meant admitting I was wrong. Love would ensure compassion even for those who did wrong, while still enabling fierce pursuit of the truth. Love, they told me, had to be the motivation.

The idea so many people want to cling to—that survivors don’t know how to speak up— simply isn’t true. It’s a notion we need to let go of and instead do a better job understanding what really keeps victims silent.

Adapted from What Is a Girl Worth: My Story of Breaking the Silence and Exposing the Truth about Larry Nassar and USA Gymnastics by Rachael Denhollander, Copyright 2019. Used by permission of Tyndale House Publishers, Inc. All rights reserved.