It has been a little over a week since the deadly terrorist attacks in Paris and the city is still working to heal from this tragedy. Pastor Dimas Salaberrios was in Europe at the time of the attacks with his family and when he heard what happened, flew to Paris to minister to the hurting there. Today’s post is his personal account of what he saw and did during his time in   Paris  .

Pop, pop, pop! People shouted hysterically—mostly in French—and I heard the word gun. I snatched up my four-year-old daughter and made a run for it. I was in the middle of a human stampede in Paris with five hundred terrified people. Several people fell to the ground, causing others to fall, and my daughter and I kissed the cement in rapid succession. One thought filled my mind. Did we come to Paris to die?

Just hours before, I had been in Milan, Italy, on my  Street God  book tour. We turned on the television to see footage of the deadliest European terrorist attack since the Madrid commuter train bombings. My wife, Tiffany, and I looked at each other and agreed, “The best place for Christians to be now is in Paris.” We jumped on the overnight train with our two girls, ages four and eight, and woke up in Paris. The atmosphere was jumpy, and everyone was on high alert. You could sense that more attacks were probably planned.

The people on Paris’s streets looked broken but also different from the mourners I’d seen after 9/11 or this summer’s church shooting in Charleston, South Carolina. I sensed a lot of hopelessness and confusion from people who mourned without turning to God. The church seemed visibly absent. I remembered the words of the eighteenth-century French philosopher Denis Diderot, who proudly stated, “Man will never be free until the last king is strangled with the entrails of the last priest.”

Bill Devlin, my co-pastor at Infinity Bible Church in the South Bronx, had caught a flight out of JFK to meet me on the ground the morning of our arrival. As soon as we met up, we decided to go to the locations of the terrorist strikes. While on the train, God provided two guides for us—young adult brothers, one dressed like an athlete and the other dressed in business casual attire. They had candles and invited us to follow them to the Bataclan, the concert hall where over eighty people were killed and many people were critically injured.

Once there, we witnessed one of the saddest scenes in my memory. I looked at Pastor Bill Devlin, and we decided to minister to the brokenhearted at our own risk. We announced that we were pastors from America who had flown in to show support and to pray for the people of France. I then kicked off the prayer. A man violently objected, saying, “Prayer must be private in France,” but I kept praying and the crowd silenced him, telling him, “Today it must be public.” The presence of God showed up, and people started to weep. A number of people hugged us and clapped their hands in appreciation for that time of prayer. Several people told us how the prayer helped them release some of their sorrow.

God sent two more guides—a sweet girl named Fanny, who had tears in her eyes, and Victoria, who had a gentleness about her. Both were in their twenties and told us that they had danced at Bataclan. They were broken and asked if we would accompany them to the next site, where two nearby cafés had been attacked. Over five hundred people were mourning there. We had no idea that things were about to get crazy.

My daughters, Dallas and Skylar, knelt down to light candles. A small commotion brewed when someone pointed out that the edge of my four-year-old’s dress was being charred by the lit candles. I quickly picked Skylar up, extinguishing the bit that was smoking. Suddenly, the sound of pops could be heard, which is when I heard someone shout about a gun. I looked up and saw a throng of people running toward us when Tiffany shouted, “Run, Dimas, run!”

I swooped Skylar up in my arms and turned and ran as fast as I could. I quickly realized we were in the middle of a stampede as hundreds of people reacted in sheer panic. Some people slipped and fell across the memorials that had been erected. Skylar and I were shoved, and I placed my arm out to shield her as we hit the ground hard. My hand was stomped on, and my knee was badly bruised. As blood poured out of both, we bounced up quickly, knowing we could get trampled at any moment. A kind elderly woman yelled to us in French, motioning for us to come into her house right away! Tiffany was right behind us. We hurried into the refuge of her home. Only then did we realize that our precious eight-year-old had become separated from us in the melee.

Tiffany and I ran back onto the streets, frightfully calling out Dallas’s name. Other kind Parisians motioned for us to come into their homes as police in riot gear and assault rifles had quickly arrived on the scene. Guns were pointing everywhere, including on us. My hands were open as I tried to communicate that we had lost our daughter. Police and soldiers yelled for everyone to go inside.  It pained Tiffany and me to take cover inside the elderly woman’s home without knowing the whereabouts of our daughter. Tiffany’s eyes filled with tears. With a surreal peace that could only come from God at such a devastating moment, I reassured my wife that Dallas must be with Pastor Bill. Minutes later, my cell phone rang. Pastor Bill relieved all our fears when he told us that he had Dallas! As it turned out, our eight-year-old had been the quickest of us all, jetting out of danger by crouching and hiding between two parked cars. Then a young woman rushed to her aid, placing her body over Dallas’s to protect her.

Pastor Bill hadn’t been as fortunate. He had been shoved before stumbling into the candles of the memorial. Candle wax covered his shoes and pants. As he ran for cover, he caught a glimpse of Dallas and the young woman shielding her behind the SUV. Tiffany and I praised God and hugged each other. We had experienced just a taste of the horror that had gripped these very streets just two nights ago. Thankfully the pops we heard turned out to be firecrackers.

We went out the next afternoon to the Place de la Republique, where we again prayed for and comforted the people of Paris. My hope was encouraged as I witnessed firsthand how faith can spread there, particularly among young people. Every time our team stopped to pray, people flocked around us in awe as they wondered what we were doing. They commented on our courage in singling ourselves out by praying publicly, which annihilated the gripping fear that threatened to overtake them. Christianity is so silent, so invisible in most people’s daily routine that, quite honestly, the younger generation doesn’t even know what it looks like. When we told them that we were forming a huddle of prayer so we could ask Jesus Christ to help us, they joined in eagerly. They told us that they sensed a power and peace during the prayers. God showed up with an unusual sweet presence in those prayer huddles. One time, I felt God’s presence so strongly that when I looked up into the sky, I thought the sun was going to conquer the Paris clouds.

I pray that, just like after 9/11, the churches in Paris would step out on a branch like Zaccheus did, taking a chance and seeing Jesus show up. 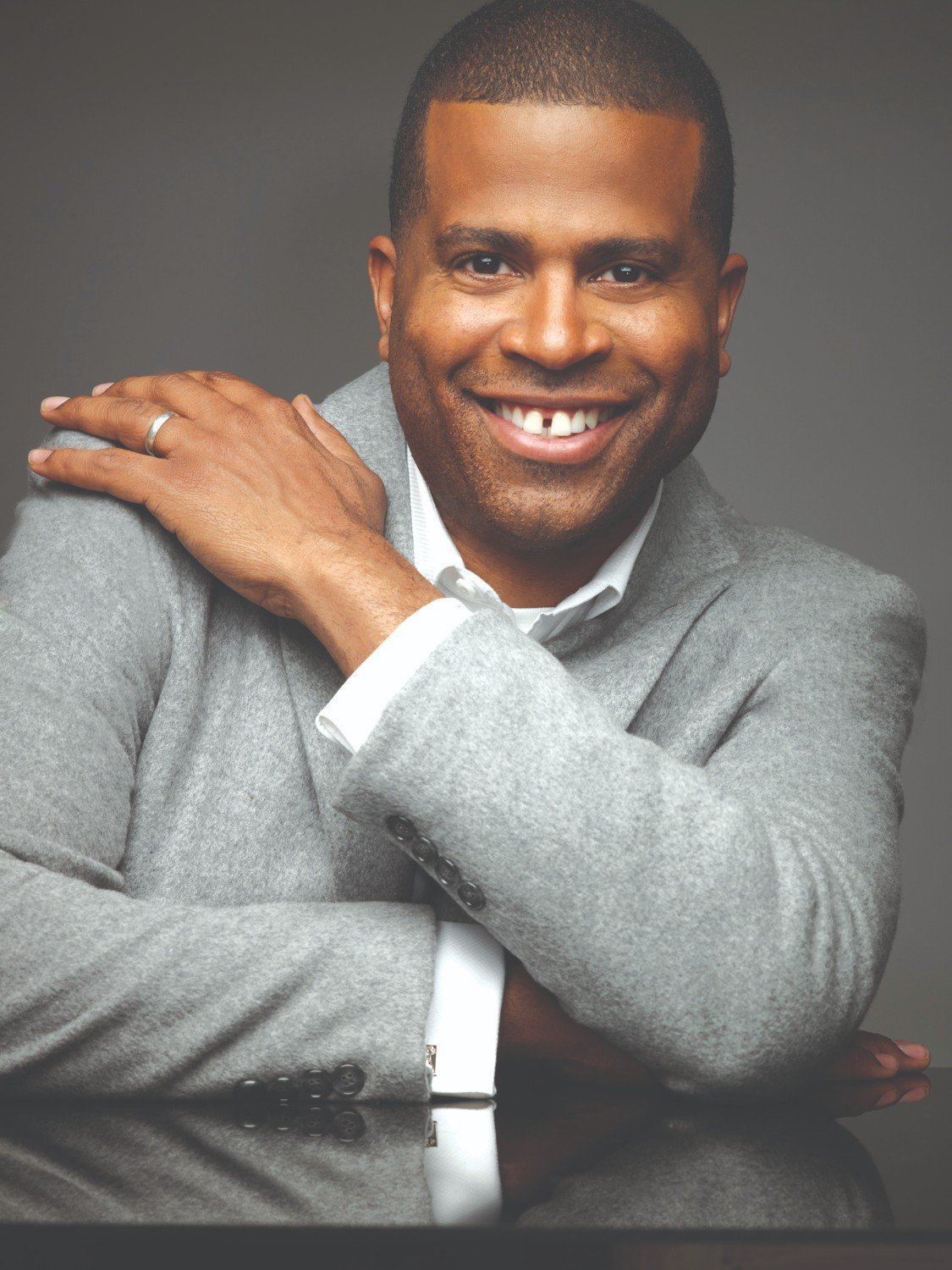 Dimas Salaberrios  is a former drug boss from New York City who turned his life around and is now pastor of Infinity Bible Church in the South Bronx. He is the president of Concerts of Prayer Greater New York and has been credited with eliminating homicides in one of the toughest housing projects in the South Bronx. Dimas shares his story and more strategies for transforming the drug and gang culture in his book, Street God. Learn more at streetgodbook.com .

Dimas also did an interview on   FOX & Friends  live from Paris. Watch that interview here .