Hear from author Marianne Hering as she shares her unique journey to writing In Fear of the Spear. 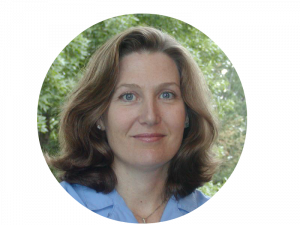 What’s not to like about a book idea for kids that has hostile warriors, man-eating jaguars, rivers full of caiman crocs, and a theme of forgiveness that has echoed resoundingly for more than sixty years? That story being the families who forgave the Waodoni tribesmen (formerly known as Aucas). In 1956, those Waodani men killed five peaceful Christian missionaries in the Ecuadorian rainforest.

A little picture book called Pilipinto’s Happiness: The Jungle Childhood of Valerie Elliot Shephard (The Vision Forum, 2012), had been sitting on my shelf for a couple of years. The book tells about the Waodani and what it’s like living in the rainforest. Until that book found its way into my world, I’d forgotten that there were children who lived in the jungle not too long after the killings. So I contacted Valerie and asked if I could tell her story. She was kind, but said the person I really wanted to contact was Steve Saint, son of Nate Saint, the pilot of the original expedition. Steve had been older than Valerie when they lived in the rainforest, and he also visited on several occasions and maintained contact with the Waodani throughout his life, even living there as an adult. In fact, just a week ago, several of the Waodani were visiting at Steve Saint’s home in Florida.

I didn’t know much about the Saints, except that Steve had been instrumental in shaping The End of the Spear , a docudrama Indie film released in 2005. I didn’t want to let go of the Elliot angle at first, because I can’t say enough good things about Jim and Elisabeth Elliot. Two of Elisabeth’s books— Through Gates of Splendor and Passion and Purity: Learning to Bring Your Love Life Under Christ’s Control —helped me form my Christian worldview, and they also impacted my daughter’s life. Jim Elliot influenced me through his diary. (His journals were published under the surprising title, The Journals of Jim Elliot .) In those entries, you see an example of mercy and selflessness, rare qualities in one so young. Additionally, Elisabeth had been on my mind a lot because of news of her death last year. 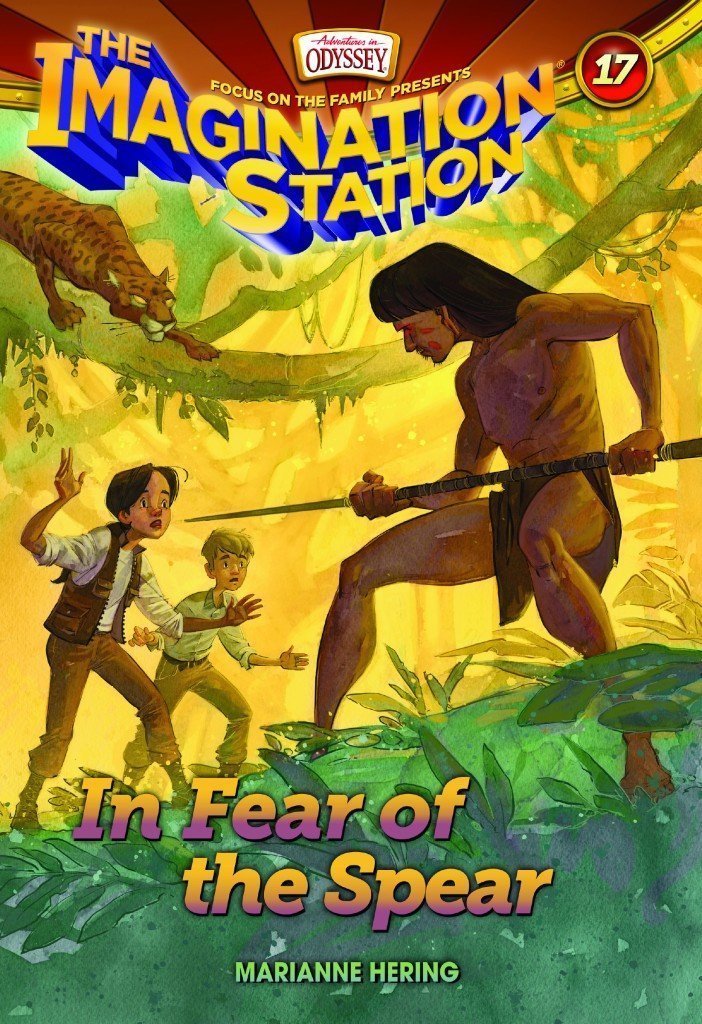 Anyway, back to In Fear of the Spear . It’s really a fun read. Kids will learn about baptism, too. Steve Saint proofread it for me, and while he’s clear that it’s not his story but mine, he graciously corrected many instances of misinformation (let’s just say you can’t trust Wiki) and ill-conceived plot elements. So, let kids 7 and up travel with Patrick and Beth to the rainforest. They won’t be disappointed with the action or the message. I hope the experience will spark an idea to find our more about the brave families involved. Now I can’t get enough of the Elliots or the Saints .

You can find out more about what’s going on with the Waodani today by visiting itecusa.org, a Saint organization. There you’ll find some kid-friendly video clips and activities for them to do. You can also find out more about Steve Saint and become a fan like me.

Marianne Hering was motivated to write the Imagination Station series books because her twin boys craved facts, adventure, and fun in their reading and there weren’t very many Christian books written for early elementary children. As former editor of Focus on the Family’s Clubhouse magazine, she had learned a few things about entertaining children. She has authored or coauthored more than fifty children’s books. She is currently a freelance writer in Colorado Springs, where she babysits two cats, a dog, and tries not to eat too much chocolate.