His Name is Joey

Before I met Joey, I was very shy. I didn’t necessarily believe that there was anything wrong with talking; I just preferred not to speak. Having to speak with someone else felt unnecessary and unfulfilling. Back then, I would rather just sit by myself and day dream than talk with people. I guess you could say I didn’t feel as though my voice had a purpose. Joey changed my way of thinking. Joey was adopted like me. Joey was neglected in his prior home like me. Joey and I had a special connection. Not only did I help care for him but I felt like he was comforted when I would whisper things to him. He was someone I felt comfortable whispering things to. Joey became a great friend. And when I started riding him, he was someone that encouraged me to own up to my responsibility. I had to speak. I had to speak loud and clear. If I hadn’t formed such a strong bond with Joey, I probably never would have. He showed me that my voice mattered. He showed me that small conversations – even if he didn’t understand a word I said to him – can bring people closer together. In our case a person and an animal.

At that time in my life I really needed him. Even today I need him, I use him as inspiration to keep pushing forward against all odds. Even though Joey is still in my heart, the large picture of him on my bedroom wall keeps me close to my best friend. – Alyssa (A life that Joey touched) 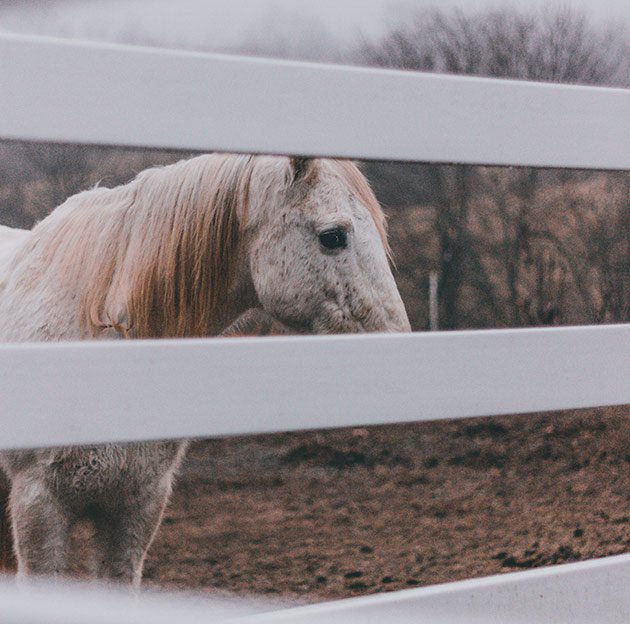 The Story of Joey’s Beginnings

The rain came down in sheets as Penny turned onto the long gravel drive she shared with a neighboring horse farm. After two months away from her Virginia home while she cared for her dying mother in Florida, the sprawling green pasture was a welcome sight. As she made her way up the drive, a group of horses came into view.

That’s odd, she thought. What are they doing outside in such a terrible storm? Slowing down ever so slightly, she leaned forward, straining to see through the rain. Suddenly, her eyes widened.

“Oh my goodness!” she gasped. Slamming on the brakes, she quickly turned her pickup around and drove straight up the farm’s private drive, blatantly ignoring the No Trespassing sign. 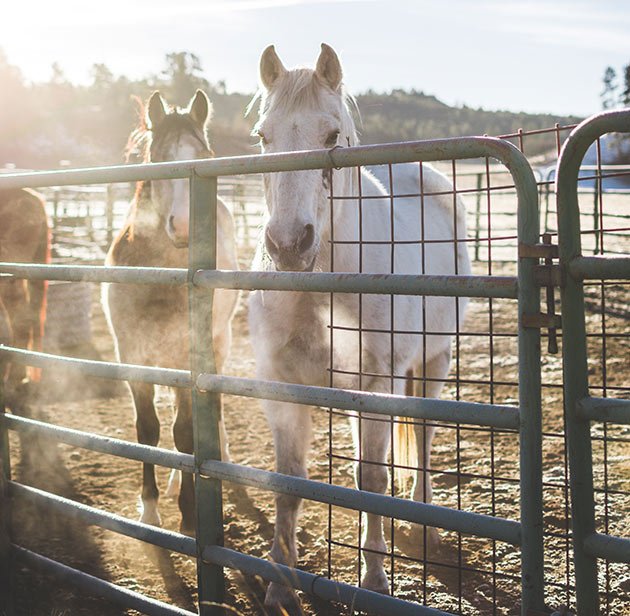 Throwing open the metal gate, she trudged through the mud and muck toward the herd of horses. When she got within a few yards of them, she stopped dead in her tracks. The horses were completely emaciated, some barely able to stand. Next to them, beneath an ancient oak, two horses lay motionless, their manes matted with mud, their midsections grotesquely inverted. Her stomach churned.

Taking shelter under the tree, she pulled out her phone and dialed 9-1-1.

“Yes, I’m calling from the Nash farm off US 60 in Powhatan County,” Penny began, her voice shaking. “There are several badly emaciated horses out in the field, and some of them appear to be dead.”

“How many dead horses are there?” the operator asked matter-of-factly.

“At least two,” she replied, glancing around the pasture, her eyes settling on the stables off in the distance.

“Okay, ma’am, someone from the sheriff’s department and animal control will be there shortly.” 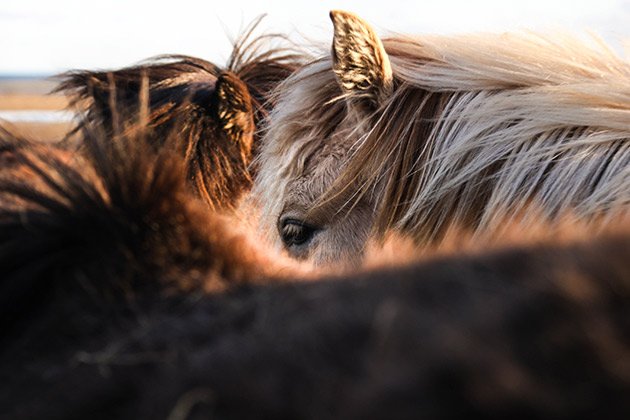 After thanking the dispatcher, Penny tucked her phone into her coat pocket and headed toward the stables. “Please, God, don’t let there be any more like these in there,” she prayed.

Cold rain pelted her face as she forced her legs to carry her toward the open-air stalls at the top of a gentle hill. Off to the side stood a ranch-style house. One of the shutters hung askew, and the lower portion of a window had been boarded up.

She couldn’t remember the last time she had seen the owner—a man who made a hobby of collecting horses he thought he could sell at a higher price.

Did he just get tired of it and take off? Her mind wandered back to the dead and dying animals in the pasture. How could anyone do that? 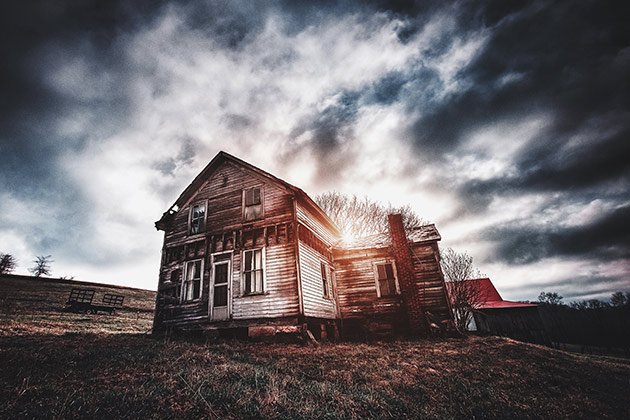 Wrapping her raincoat tightly around her, she quickened her pace. A fire burned in her stomach. Never had she felt so angry. As she neared the stables, she saw that empty feed boxes dotted the area and the November grass was almost bare. When was the last time these poor animals were fed?

When she finally reached the four wooden stalls, she took a deep breath and willed herself to look inside. All of them were empty. Thank God, she breathed. Then, just as she was about to turn and leave, she saw a hoof sticking out from behind the end stall.

She dropped to her knees, mud and manure seeping into her jeans. Her heart caught in her throat. She recognized the familiar short blond tail. Tears welling in her eyes, she gingerly touched the horse’s side. Each rib protruded beneath the skin. She quickly jerked her hand away. The rain fell harder now, and muddy streaks flowed down the animal’s body, revealing glimpses of the white-and-black polka-dotted coat hidden beneath the crusted-on mud and filth. 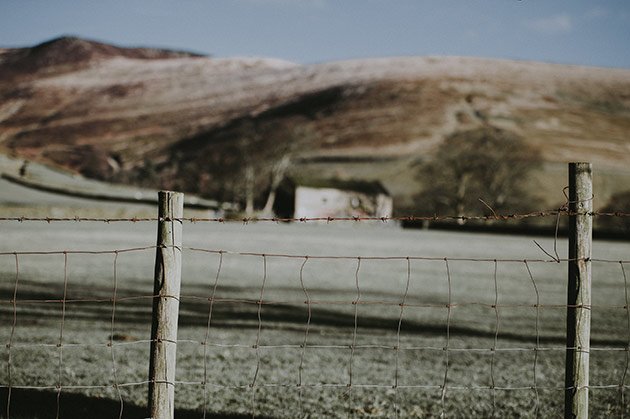 The silence was broken by the sound of the front gate slamming shut. The authorities had arrived. Penny stood and headed back down to the pasture to meet them. She was soaked from head to foot and smelled of manure, but she didn’t care.

Animal control workers had already begun guiding weak horses onto trailers, while others unloaded equipment to transport the dead. As she stood shivering in the rain while answering the sheriff’s questions, a shout pierced the melancholy air. “Hey! This one is still alive!”

Penny dashed back to the stalls, where an animal control officer held his hand against the fallen horse’s spotted nose. 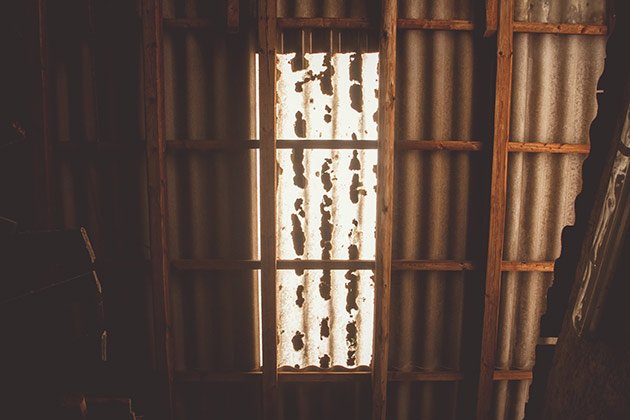 “Are you sure?” she asked eagerly.

The young officer looked up at her, smiling. Rain dripped from his blue cap.

“Yes. I can feel air coming from his nostrils, and I can hear a faint heartbeat.”

“Ma’am, do you know the owner of this farm?” the sheriff asked.

Penny heard his question, but she couldn’t take her eyes off the horse. He was alive! The sweet creature was still alive.

“Ma’am?” The sheriff looked at Penny’s face and tried again. “Do you know this horse?”

For the second time in less than an hour, Penny dropped to her knees beside the animal.

“I do,” she said, gently touching the horse’s face. “His name is Joey.”

Excerpted from Joey: How a Blind Rescue Horse Helped Others Learn to See by Jennifer Marshall Bleakley