God Intended It for Good By Mark Bouman

An excerpt from The Tank Man’s Son by Mark Bouman. 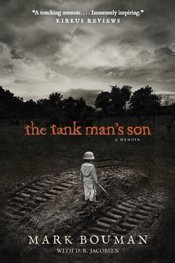 A week before we jumped on a plane to fly to Cambodia, my wife and I were informed we were going to be the new directors of the orphanage in Sihanoukville, Cambodia. Within two weeks of landing in the country, we were handed the keys with the quip “You’re in charge.” We could not speak the language, and, quite honestly, I had never been anyone’s boss in my life. I inherited a staff of sixteen Cambodians and 140 children. Five of the children’s parents had committed suicide, one orphan was missing her right leg, one girl had cerebral palsy, one little girl could not eat solid food, one was blind, two had serious physical problems. Many children had watched their parents die slowly from various diseases such as malaria, typhoid, tuberculosis, hepatitis, and AIDS. Two of the kids’ parents had been murdered. Only one of the staff could speak some English. All of the staff had experienced the war personally, and many of them were still traumatized by their experiences.

The orphanage had no running water, and the city electricity supply seemed to be off more often than on. There was a large public school next to the orphanage, and since there was no wall around the orphanage, we had what seemed like an endless stream of kids moving through the orphanage on their way to school. The visitors often helped themselves to whatever was lying about—shoes, clothes, and anything that could be quickly snatched, disappeared.

On top of all that, there was no working government in Cambodia. No one seemed to be in charge. The police were more interested in demanding bribes from motorists than anything else. The local hospital was barren with no glass on the windows, and generally, no electricity. The room was dirty beyond anything I ever imagined and seemed to be almost always filled with mosquitoes. No one changed your bedpan or fed you or even gave you medicine. You or a family member were required to do that yourself.

The country was in a constant state of chaos. The bandits and thieves seemed to outgun the police. Even the police were afraid to venture outside the city after dark. More than a few times, thieves were waiting for me in the middle of the road with AK-47s, demanding money. There were few paved roads, and even these roads contained so many massive potholes that driving required a constant state of vigil to avoid falling into them. Add to that the fact that Cambodians didn’t seem to know which side of the road they were supposed to be driving on, and it made for a game of vehicular dodgeball. Additionally, there was the constant presence of soldiers, the occasional tank passing by, and news of the continuing war that was being waged in the border areas of Cambodia.

Having never attended Bible school, I felt unprepared for being a missionary. After landing in the middle of Cambodia’s chaos, however, I was sure no Bible school could ever have prepared me for this. Ironically, it was the experiences of my childhood that helped me the most. Being the Tank Man’s Son was an exercise in survival. Before I was twelve years of age, my hand had been crushed, I had multiple scars from stitches in scattered places about my body, and a piece of shrapnel resided in my right ankle from being shot by my dad. I had been beaten more times than I could count and mentally tortured for years. God brought me through this childhood of deep, dark chaos, and I emerged with a love in my heart that conquered fear. God replaced my pain with a deep desire to love those who were suffering.

When I was a young boy, I hated my life and resented those who seemed to have it all. Now, I realize that those momentary times of difficulty were in fact God’s preparation for something better. There were intense times when I took in new orphans on an almost weekly basis. Each time a new child stood before me, I saw in their eyes that look of hopelessness and desperation. While looking into their little face, I recognized someone: it was me. Genesis 50:20: “You intended to harm me, but God intended it for good to accomplish what is now being done, the saving of many lives.”

Mark Bouman  and his family served as missionaries to Cambodia for more than 20 years. Currently, Mark is a commercial fisherman off the coast of Alaska, where he makes his home with his wife Joan, and their two sons, Andrew and Nik.