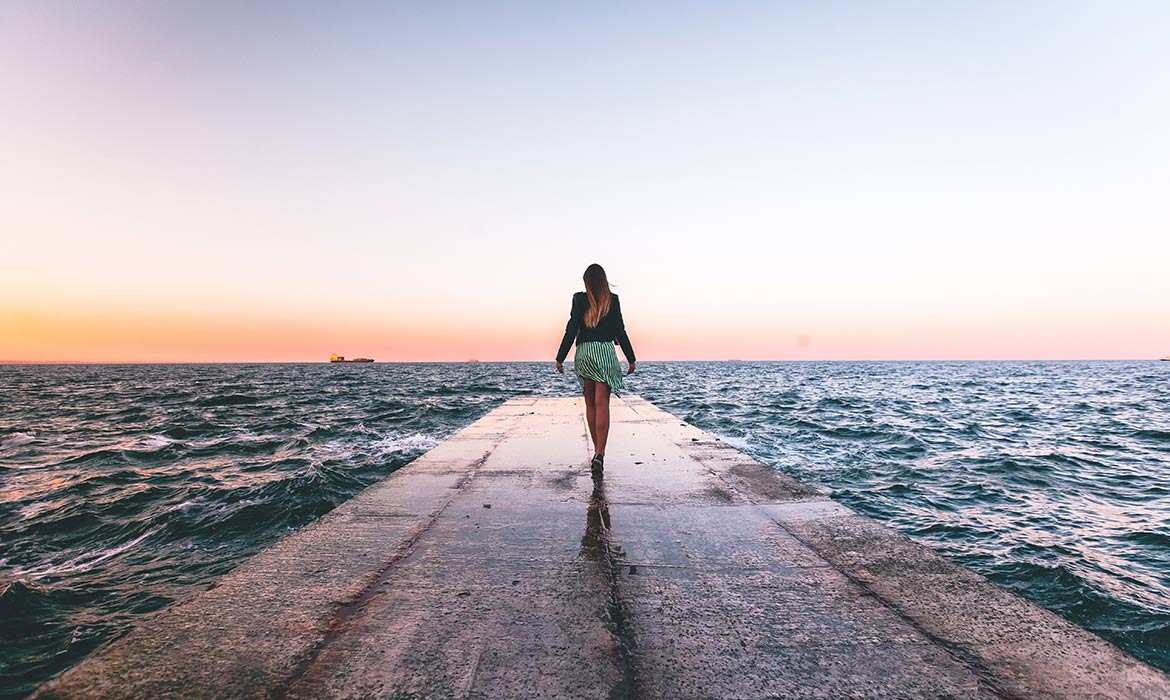 What It Means to Be a Godsend

By Robert Gelinas, author of Discipled by Jesus: Your Ongoing Invitation to Follow Christ

Living sent changes the way we see our circumstances, whether they be a new job, the DMV waiting area, or a change in class at school. We are always on call for our king. The father sent the son; the son sends his disciples.

In English, we slur words and, over time, create new ones. You all became y’all and Christ’s Mass became Christmas. The same thing happened with the Old English phrase Godes sonde. It was a way of describing that which comes from God. Today, instead of saying godes sonde, we say godsend. When we are discipled by Jesus, that is exactly what we become: a godsend. That which arrives in people’s lives signed, sealed, and delivered from their Savior, Lord, and friend.
Jesus was a godsend.

For God so loved the world that he gave his one and only Son, that whoever believes in him shall not perish but have eternal life. For God did not send his Son into the world to condemn the world, but to save the world through him.
John 3:16-17

There are a lot of words we use to describe Jesus: loving, kind, divine, human, teacher, Messiah. Jesus liked the word sent as a description of his life. God sent his son and this “sentness” defined Jesus’ mission.

Jesus lived a God-sent life. Daily, he was aware of the fact that his father had commissioned him to speak, act, and love on his behalf. He said that he came to “finish his work” (John 4:34) and not to speak his own words but the words of his father (John 12:49). Jesus lived dispatched like an ambulance driver headed to the scene of an accident; like a courier with a message to deliver. Sent defined Jesus.

To say that Jesus was a godsend is to recognize that his birth, life, teaching, death, and resurrection were commissioned by his father and that he lived to accomplish that which he was sent to do. As Jesus prayed, “Now my soul is troubled, and what shall I say? ‘Father, save me from this hour’? No, it was for this very reason I came to this hour” (John 12:27).

God sent Jesus, so Jesus sends us. Knowing that we have been sent by Jesus gives confidence, assurance, and purpose to everyday life. Living sent changes the way we see our circumstances, whether they be a new job, the DMV waiting area, or a change in class at school. We are always on call for our king. The father sent the son; the son sends his disciples.

Living sent means that we have been discipled by Jesus and that we are now ready to live as Jesus would live in the world. After Jesus spent three years teaching and training the Twelve, he said to them, “Peace be with you! As the Father has sent me, I am sending you” (John 20:21). The father sent the son to serve, heal, feed, forgive, and redeem. The son sends us out to do the same. This is why the twelve disciples are also known as the twelve apostles—“apostle” literally means: one “sent with a message.” As his disciples, we, too, become apostles—godsends to the world!

Margaret Clarkson was a school teacher in northern Ontario. Jobs were scarce when she became a certified teacher in 1935, so she spent seven years educating students in gold mining and lumber camps. Feeling isolated and insignificant, she began meditating upon those words of Jesus—“So send I you” (John 20:21 KJV)—and she sensed Jesus telling her that she was every bit a missionary as her friends who were serving overseas in far off countries. She then wrote that classic missionary hymn, So Send I You.

So send I you—to labor unrewarded,
To serve unpaid, unloved, unsought, unknown,
To bear rebuke, to suffer scorn and scoffing—
So send I you, to toil for Me alone.

So send I you—to bind the bruised and broken,
O’er wand’ring souls to work, to weep, to wake,
To bear the burdens of a world aweary—
So send I you, to suffer for My sake.

So send I you—to loneliness and longing,
With heart ahung’ring for the loved and known,
Forsaking home and kindred, friend and dear one—
So send I you, to know My love alone.

So send I you—to leave your life’s ambition,
To die to dear desire, self-will resign,
To labor long, and love where men revile you—
So send I you, to lose your life in Mine.

So send I you—to hearts made hard by hatred,
To eyes made blind because they will not see,
To spend, tho it be blood, to spend and spare not—
So send I you, to taste of Calvary.

I love how the last stanza ends by turning our attention to Jesus and his cross. Margaret’s words describe us all, for Jesus is still handing out assignments on a daily basis.

Discipled by Jesus: Your Ongoing Invitation to Follow Christ by Robert Gelinas.

Sometime during the centuries between Jesus’ time on earth and ours, we started to believe that living vicariously through the ancient disciples was the closest we could ever get to being discipled by Jesus. But Jesus promised to never leave us or forsake us. He is alive, and because of his great love for each of us, Jesus is ready, willing, and able to do for us what he did for the twelve.

Robert Gelinas dives into the Bible to show us the Jesus of the gospels, and the Jesus who is alive and yearning to disciple each one of us today.

Isn’t it time we allowed ourselves to be discipled by Jesus?