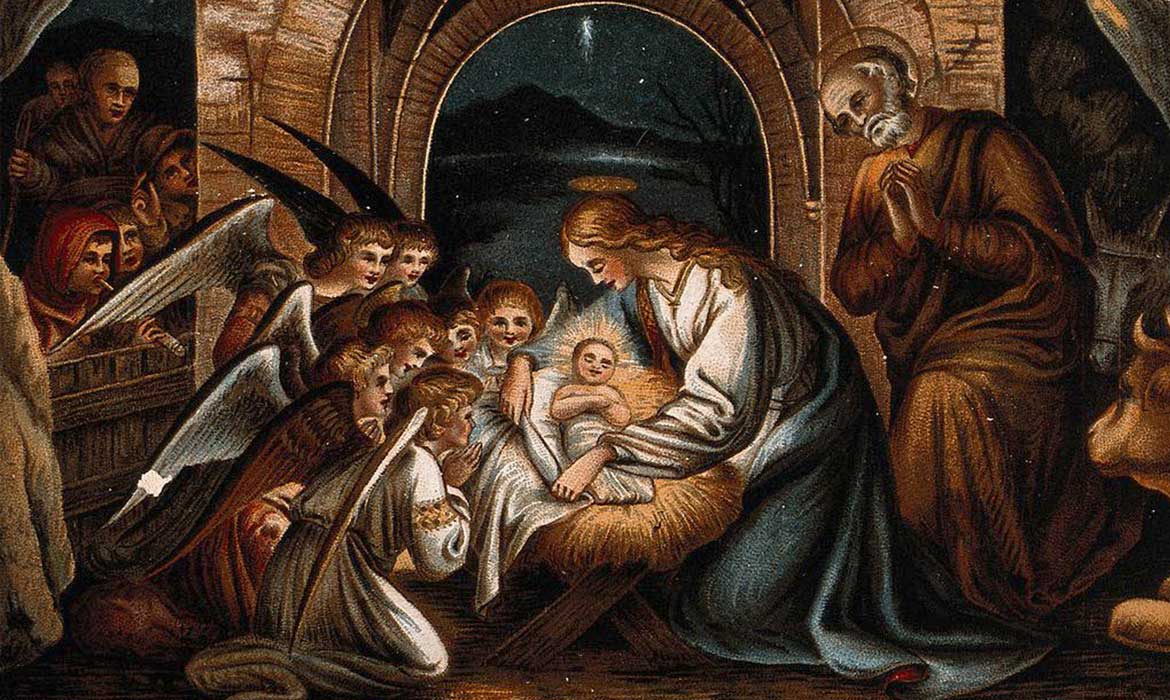 Why We Celebrate Christmas on December 25th

The Gospel of John introduces Jesus to its readers by anchoring him in the story of creation. Jesus was the uncreated One, at once fully human and fully divine. John uses a familiar Jewish metaphor to describe Jesus: “The Word became flesh and made his dwelling among us. We have seen his glory, the glory of the one and only Son, who came from the Father, full of grace and truth” (John 1:14). The words “made his dwelling among us” suggest the Feast of Tabernacles language of sukkot (booths), mishkan (tabernacle), and the holy Temple. God coming to dwell with his created ones was the heartbeat of the fall holiday of Sukkot.

When the angel told Joseph that his betrothed, Mary, was carrying a child conceived by the Holy Spirit, the angel referenced a prophecy first given to Isaiah hundreds of years earlier that this Son should be named Jesus and would be described as “Immanuel,” which meant “God with us” (Isaiah 7:14; Matthew 1:21‑23). God himself had indeed tabernacled among them, and he continues to dwell with his community of followers to this day.

Though Scripture situates many events of Jesus’ ministry in the Jewish calendar, it does not explicitly tell us when Jesus was born. The early church didn’t focus on marking a birth date, and the first few generations of believers focused primarily on weekly worship gatherings and the Passover–Shavuot festal cycle. No one had written down the exact day and year of Jesus’ birth, though Luke’s Gospel tells us that past-her-prime Elizabeth conceived a child with her husband Zechariah, followed six months later by the supernatural pregnancy of her virgin cousin Mary, “in the time of Herod king of Judea” (Luke 1:5).

Luke anchored the supernatural in place and time when he noted the census that drew Mary and her betrothed to Bethlehem in time for Jesus’ birth (Luke 2:1‑7). At the time, however, a teenage girl’s pregnancy, attended by a blue-collar carpenter and a handful of shepherds in an overcrowded town, didn’t make it onto any festal calendar.

As increasing numbers of Gentiles came into the church, leaders considered how to commemorate all of the movements of the life of Jesus. They recognized that, in an era where few could read the Scriptures for themselves, the calendar could be key to how disciples were made. December 25 was far from the only option used by the early church to mark the birth of Jesus. Many during that era marked a person’s birthday by the day of his or her death. Calculations of Jesus’ death date pointed to either March 25 or April 6,1 and some suggested that on one of those two days, the angel Gabriel came to announce to Mary that she would bear a son (Luke 1:26‑38). By counting forward nine months from those springtime dates, church leaders arrived at December 25 or January 6.

Some believers have insisted that the language used in John 1:14 was a clue pointing to a fall date for Jesus’ birth, coinciding with the Feast of Tabernacles. By the fifth century AD, however, December 25 or January 6 won the debate. The Eastern (Orthodox) Church marked the birth of Jesus on January 6—also the date of Epiphany, which has a sacred story of its own (see chapter 13). The Roman Catholic Church, meanwhile, adopted December 25 as the birthday of Jesus. (The Protestant church would maintain this tradition.) Several more centuries would pass before “Christ’s Mass,” the Communion service celebrating his birth, would come into common usage. As the Christian calendar became more formalized, the Western Christmas feast day extended in length from one day to twelve days, through the Epiphany celebration on January 6.

From the beginning, Christmas was often an oil-and-vinegar blend of solemn celebration and pagan partying. Some have insisted that Christmas is nothing more than a spiritually sanitized version of a Roman pagan winter solstice festival known as the “Birthday of the Unconquered Sun.” While this contention may have some merit, historian William Tighe makes this suggestion:

It is true that the first evidence of Christians celebrating December 25th as the date of the Lord’s nativity comes from Rome . . . but there is evidence from both the Greek East and the Latin West that Christians attempted to figure out the date of Christ’s birth long before they began to celebrate it liturgically, even in the second and third centuries. The evidence indicates, in fact, that the attribution of the date of December 25th was a by-product of attempts to determine when to celebrate his death and resurrection.

Both streams persisted in uneasy partnership for more than a thousand years, until the Protestant Reformation did some spiritual housecleaning. Seventeenth-century Reformers attempted to ban the holiday, citing both the lack of warrant for Christmas in Scripture and the fleshly partying that marked the day. Obviously, the ban didn’t last.

Each December brings us all a fresh wave of religious-themed Christmas controversy. Is it legal to display a Nativity scene on the grounds of the county courthouse? Should Christians boycott retailers whose clerks say “Happy Holidays” instead of “Merry Christmas”? What does it mean to keep Christ in Christmas?

The Christian calendar devotes twelve days to celebrating the miracle of the Incarnation. The feast days during that twelve-day period can help us step out of the commercial aspects of Christmas to consider how the Incarnation shapes us as a community of followers of Jesus:

December 26 (Feast of St. Stephen). The day following Christmas is given to remember the generosity, courage, and faithfulness of Stephen, the New Testament’s first martyr (Acts 6–7). Traditionally, this day has been a day dedicated to sharing the leftovers of Christmas feasts with the poor, in honor of Stephen’s ministry as a deacon. It is also a day to focus on how we will respond to the incredible gift of Jesus with our lives. Stephen’s life and death remind us that the babe in the manger is the beginning, not the end, of the Christmas story.

December 27 (Feast of St. John the Evangelist). This feast day remembers John, who proclaimed the incarnation of Christ with both words and actions.

December 28 (Feast of the Holy Innocents). This day is focused on remembering Herod’s brutal massacre of all males ages two and under in Bethlehem in order to end Jesus’ life (Matthew 2:16). Authors Edwin and Jennifer Woodruff Tait offer a helpful orienting thought for us as we consider this day: “In celebrating the Holy Innocents, we remember the victims of abortion, of war, of abuse. We renew our faith that the coming of Christ brings hope to the most hopeless. And, in the most radical way possible, we confess that like the murdered children we are saved by the sheer mercy of Christ, not by our own doing or knowing.”

January 1 (Feast of the Circumcision of Christ). Luke 2:21 tells us that on the eighth day after his birth, the Jewish Jesus was circumcised and named, following the commandments God gave to Abraham and Moses (Genesis 12:3; Leviticus 12:3). This day marked his full inclusion in the covenant community of the Chosen People.

It can be freeing to recognize that Christmas is a season, not a shopping deadline. The twelve days of Christmas invite us to receive afresh the gift of the Son in the same way his mother did: with our own “yes” of surrender to God (Luke 1:38). As Advent encourages us to prepare for Christmas by recognizing our need, the Christmas season is about welcoming Christ into every part of our lives.

People rarely slow down to experience their days, and so they feel rushed through life even as they begin to suspect that life lacks significance. By introducing (and reintroducing) us to the feasts and festivals of the Bible, as well as the special celebrations of the Christian calendar, Moments and Days restores a sacred sense of time throughout our year, enriching our experience of each “holy day” and enlivening our experience of even the most “ordinary time.”