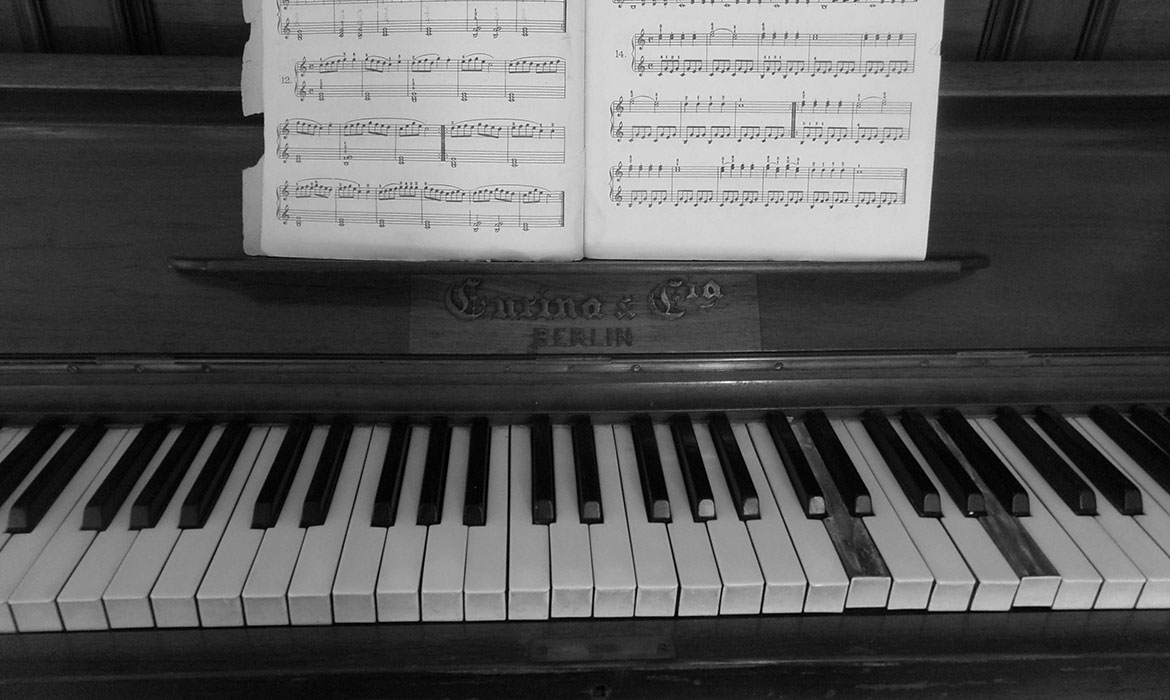 The Beauty of Broken: A Behind-the-Scenes Look at Engraved on the Heart

Tara Johnson is an author, speaker and passionate lover of stories. She loves to travel to churches, ladies retreats and prisons to share how God led her into freedom after spending years living shackled as a people-pleasing preacher’s kid. Here she shares the inspiration behind her debut novel, Engraved on the Heart.

“Great musicians should have only the finest instruments in their homes.”

The caustic comment from the piano tuner who had curled up his nose at my old spinet piano has bothered me for fourteen years. His annoyed smirk told me the piano didn’t meet his criteria. Maybe it was the chipped places around its edges or the slightly yellowed keys. But before he even sat down to play, he judged it and found it lacking.

Looking over the brim of his glasses, he shot me a scolding glare. “This piano is not fit for a musician.”

That particular piano has been long gone and I haven’t seen that tuner since the day of his barbed comment, yet the comment still nags me. Why?

It wasn’t until I penned my debut novel, Engraved on the Heart, that I understood why.

I battled epilepsy as a child. I’ll never forget the shame that accompanied those moments in elementary school when I would find two dozen pairs of eyes staring at me in horror because I had a seizure. I remember the frustration when a chunk of time yawned like a black hole in my memory. And I remember the helplessness of having no control over my own body.

We all deal with tough stuff: poor health, children with special needs, poor decisions, the slicing pain of divorce, rejection, depleted bank accounts, angry coworkers. Whatever the situation, we’re far from perfect. Messy. Broken. We wonder, How can God possibly use me now?

This very thought tumbled through my mind as I wrote Engraved on the Heart. My heroine Keziah battles epilepsy during the 1860s, a time when such a condition relegated most to the asylum. Keziah longs to help those trapped in slavery by working with the Underground Railroad, but her uncontrollable condition keeps her wrapped in fear and shame. Just like Keziah, for years I fell for the lie that “broken means worthless.”

Our culture has glamorized what the world defines as “perfect.” From the airbrushed models gracing the latest covers of Vogue to the highlight reels inundating social media, we are constantly told we must be flawless to be accepted. The flip side of that lie is that anything broken must be rejected.

If we build our identity on something other than Christ—whether it’s our appearance, “goodness,” social reputation, prestige, or approval from others—the greater the pain when that identity crumbles.

Approval and love are not the same thing. Neither are brokenness and worth.

A friend sent me an e-mail about a little boy who somehow escaped his mother at a concert hall and crawled up onstage, plunking himself right next to a world-renowned pianist just as the man was beginning his concert. The tyke clumsily tapped around on the keys before looking up at the pianist with a grin. The horrified mother jumped from her seat preparing to retrieve her wayward son, but the pianist only smiled down at the child and imitated the toddler’s finger strikes. Then something amazing happened.

As the little boy pounded the keys harder, the pianist improvised melodies over the child’s tapped notes. When the little boy finally tired of the game, he hopped down and the musician stood and applauded him, causing the entire crowd to cheer.

Upon hearing the story, I finally understood why that tuner’s comment bothered me.

The sign of a great musician is their ability to make the most broken instruments sing once more.

God takes our broken strings, places his hands on those chipped keys, and coaxes out a melody. The more broken the instrument, the more amazing his ability to make it sing.

God doesn’t have a room full of glistening new grand pianos. He prefers the spinets.

Under his touch, they make the sweetest melodies.

Engraved on the Heart by Tara Johnson

Reluctant debutante Keziah Montgomery lives beneath the weighty expectations of her staunch Confederate family, forced to keep her epilepsy secret for fear of a scandal. As the tensions of the Civil War arrive on their doorstep in Savannah, Keziah sees little cause for balls and courting. Despite her discomfort, she cannot imagine an escape from her familial confines—until her old schoolmate Micah shows her a life-changing truth that sets her feet on a new path . . . as a conductor in the Underground Railroad.

Dr. Micah Greyson never hesitates to answer the call of duty, no matter how dangerous, until the enchanting Keziah walks back into his life and turns his well-ordered plans upside down. Torn between the life he has always known in Savannah and the fight for abolition, Micah struggles to discern God’s plan amid such turbulent times.

Battling an angry fiancé, a war-tattered brother, bounty hunters, and their own personal demons, Keziah and Micah must decide if true love is worth the price . . . and if they are strong enough to survive the unyielding pain of war.