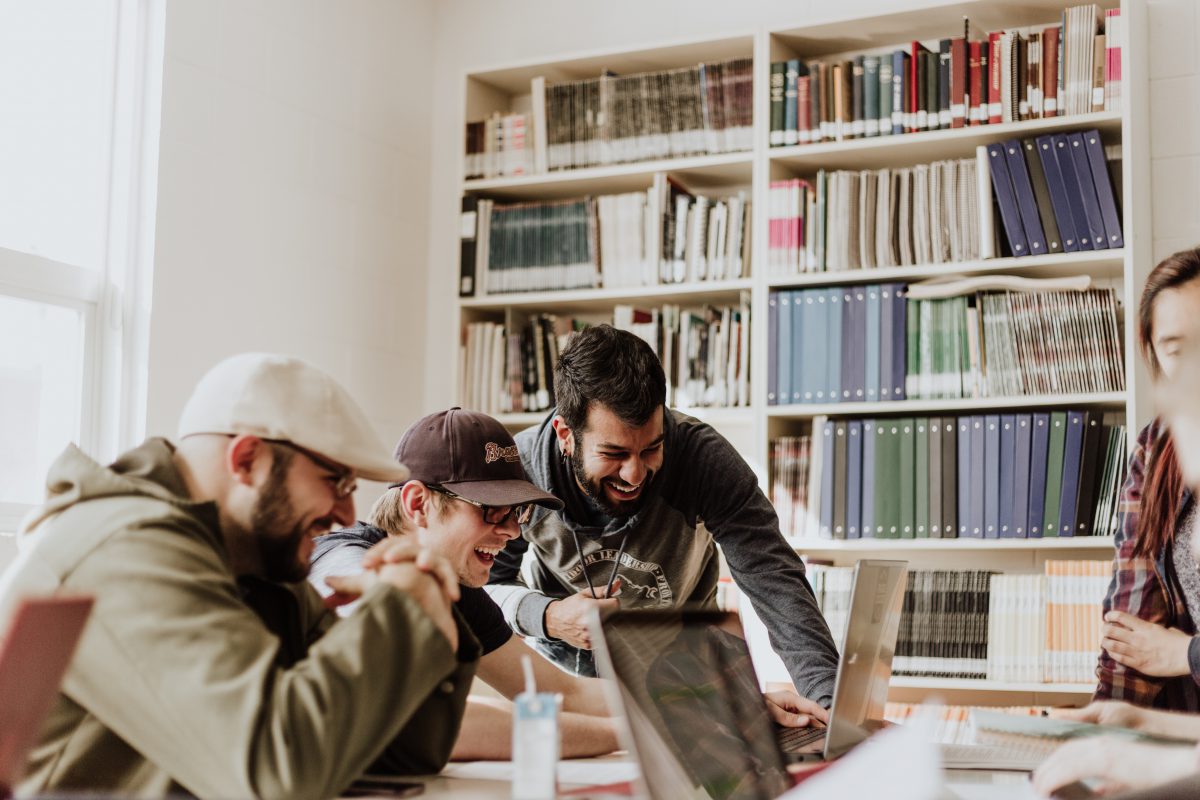 Every act, every decision, every thought will move you either a little closer to being that kind of person [you want to become]—or push you a little further away. What are the small temptations in your life? To become reliable in the big things, you have to practice reliability in the small ones. To become pure in the big things, you have to practice purity in the small ones. If you haven’t started practicing yet, now is the time. Pray for strength and begin.

Excerpted from How To Stay Christian In College by J. Budziszewski

If you were a typical teenager, you probably grumbled for years about the rules and limits your parents made you obey. Well, no one makes you obey them in college. Once upon a time, colleges and universities regarded themselves as standing in loco parentis, “in the place of the parents.” Except at a few Christian colleges, that notion hasn’t been taken seriously for years. Unless you cheat, commit a crime, or disrupt the campus, your school is unlikely to know—or even care—how you live. No one will tell you not to stay up so late. No one will wake you in the morning if you oversleep. No one will tell you when to come home from a date. No one will make you go to church. No one will remind you to do your homework, wash your underwear, or stay away from sex and drugs.

In these ways, you are forced to take responsibility for your own behavior. Being thrust all at once into the responsibilities of adulthood can come as a shock. Some of my students visit me to seek advice about life after college graduation. Many have made poor grades right up until their senior year. I ask them why. “When I got to the university I went wild,” says one. “For my first three years here I just partied,” says another. “Do you think that will hurt my chances of getting into law school?” You can guess how I have to answer. People invent all sorts of ways to adapt to the sudden pressure of adult responsibility. Some ways help; others don’t.

When I started college, one of the guys in the dorm told me that he’d found the perfect way to motivate himself to study. He kept an enormous jug of a cheap fruit-flavored wine on his desk, and for each page of homework he read, he rewarded himself with a swallow. As you might guess, he was always a little drunk. He got his reading done, but whether he remembered what he’d read was another question. I don’t remember seeing him take notes either. Maybe he couldn’t hold the pencil!

College sends students mixed messages. Although in some ways it treats them as grown-ups, in other ways it treats them as babies. You don’t have to prepare your own meals, because you can eat in the cafeteria. You don’t have to find your own doctor, because you can go to the student health clinic. You don’t have to come up with your own entertainment, because music, movies, and other amusements are provided on most campuses. At some colleges, the dorms even provide clean sheets (though you still have to put them on the bed yourself). All sorts of things are done for you at college that you’re perfectly capable of doing for yourself. The arrangement has some advantages, but it hardly encourages you to remember that you’re grown-up.

Of course you really are grown-up in one sense (you have full adult responsibilities) even though you really aren’t grown-up in another (you haven’t finished developing). What kind of person are you going to become? I’m not talking about the courses you want to take or the kind of job you want to get someday; I’m talking about the qualities you want to have. Do you desire to be wise, fair, and honest—or foolish, unfair, and crooked? Kind, loyal, and reliable—or mean, backstabbing, and unreliable? Brave, faithful, and pure—or cowardly, weak, and stained?

Going to college can be like moving to Mars. The first change you’ll notice will be in your physical surroundings. If you’re used to seeing cornfields stretching all the way to the horizon and your college is in the city where you can’t see the horizon at all, the landscape may come as a shock. If you’re used to getting everywhere by subway and bus and your college is in a spread-out place where there’s no public transportation and you have to drive, the change may be hard to get used to—especially if you don’t have a car! Compared to the cultural difference, though, the difference in your physical surroundings will seem tiny.

People at college may talk differently, socialize differently, and even eat differently. One reason for cultural differences, of course, is change in region, and the farther from home you go to school, the greater such differences are likely to be. They may be hard to take. Southerners, unused to the hurry and crowding of northeastern cities, tend to consider northeasterners rude and unfriendly. Northeasterners, unused to the relaxed speech and elaborate courtesy of the South, sometimes think southerners are slow and stupid. It isn’t always easy for such different groups to understand each other. An even bigger reason college may seem like Mars is the culture of the campus itself. Each school tends to develop a personality of its own. Some have good personalities; others don’t.

The personality of the school one friend attended for his first two years was neurotically intense and competitive. He’ll never forget one of the talks given during Freshman Orientation. The speaker, a dean, dwelled upon the large number of freshmen at the school who committed suicide or received psychological counseling. He wasn’t warning them—he was bragging, because he thought suicidal tendencies were a proof of intellectual brilliance! By contrast, the college another friend attended turned out to be a “party school.” In her dorm, the floors used to organize Progressive Drinking Nights. Students who participated went from room to room getting drunker and drunker. A number of women in the dorm announced that on certain evenings, they would have sex with any men who showed up at their doors. So many men showed up that they had to form lines.

By the way, don’t assume that your college will have a Christian personality just because it’s linked with a Christian denomination, says Christian things in its mission statement, or has the word “Christian” in its name. There’s more Christianity at some non-Christian schools than at some so-called Christian schools. A final reason for feeling that you’ve landed on another planet is that colleges and universities are magnets for extreme beliefs, ideologies, and cults… The sheer weirdness of the new environment puts some students into what sociologists call “culture shock”—taking the weirdness too hard and becoming deeply homesick and depressed. At the other extreme, some students adapt by “going native”—losing their sense of who they are and plunging into the ways of the people around them.

Four simple tips will help you keep your feet on the ground:
1. Research the school’s personality ahead of time to make sure you’re choosing a good one.

2. Remember that it’s normal to feel somewhat odd and homesick in any new place and that such feelings normally pass.

3. Remember that a little worldly homesickness can be spiritually good for you. It’s a reminder that Christians are always strangers in this world, for we are citizens of heaven.

4. Keep up your spiritual disciplines. What I mean is daily prayer, frequent Bible study and worship, evangelism, service to others, and constantly reminding yourself of the presence of God. If you stay focused on Christ, He’ll make even the desert bloom. 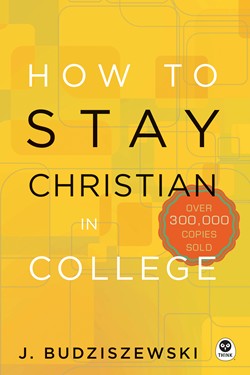 How to Stay Christian in College by J. Budziszewski

When students go to college, they’re leaving behind their network of support and heading to a world with different perspectives, responsibilities, and expectations. Even for those going to “Christian” colleges, there’s no guarantee they won’t face challenges to their faith. So how do students stay Christian in college? How do they stay open about their faith in the face of potential ridicule?

A must-read for every college student, How to Stay Christian in Collegewill guide readers through the maze of campus realities. J. Budziszewski discusses the foundations of the Christian faith and directly addresses different worldviews and myths that students may encounter at college. Filled with quotes, statistics, resources, stories, and encouragement, this book will equip students to conquer the dangers that lie ahead.