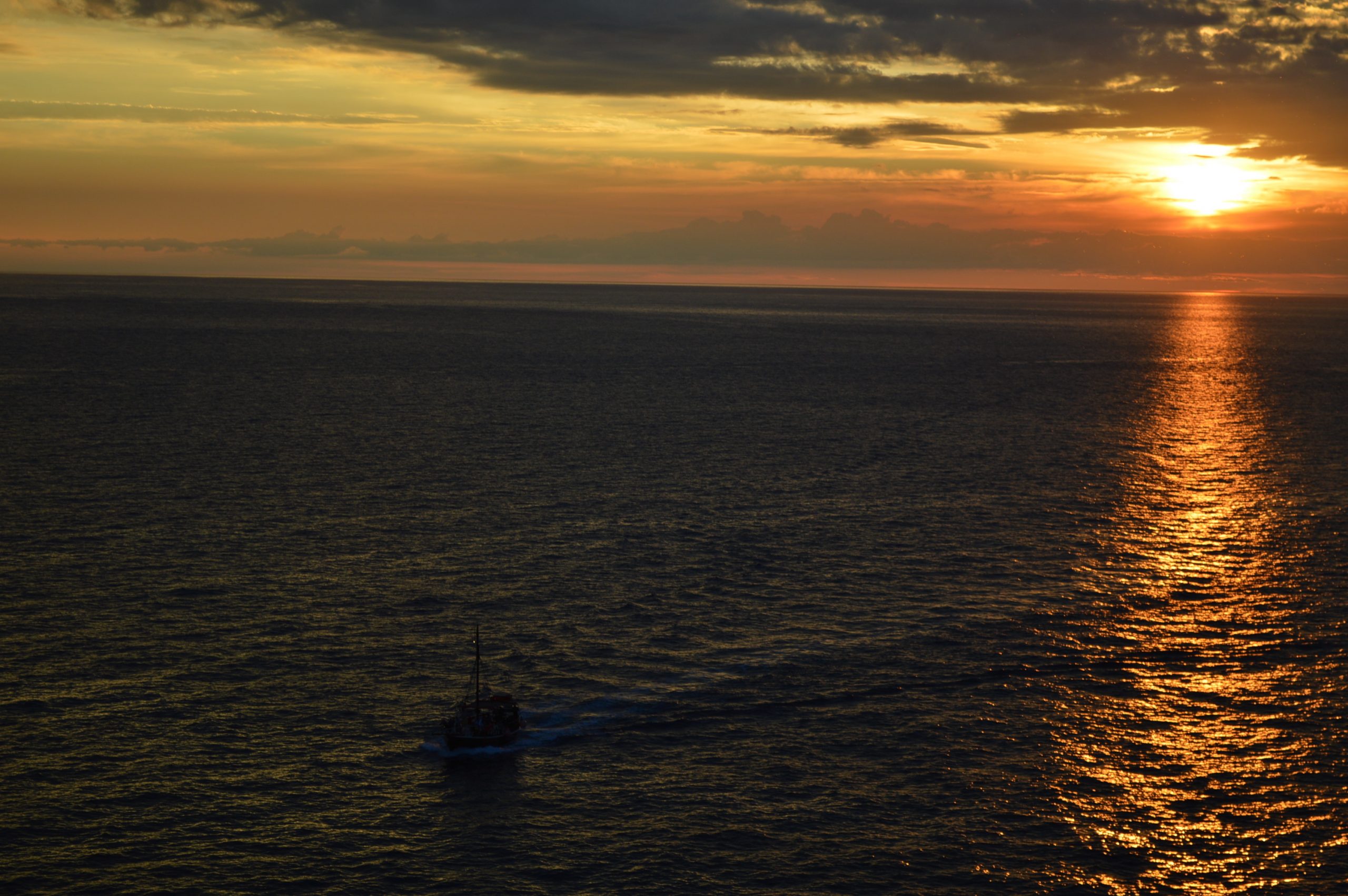 Risking It All for Your Family and Freedom

“To tell Taire my plan would be opening her up to indefensible interrogation after I was gone. The policia would no doubt question where I had gone. The less she knew, the safer she and the children would be without me.”

It had been just three weeks since I approached my lifelong friend, Enier, with my idea to leave the only home I had ever known. The notion was something we had whispered about since childhood and dreamed about as young men, drinking beers at night in the dark alleyways of our neighborhood. But this time was going to be different.

I had never thought about building a boat. I was a furniture maker; not a sailor. But something had to be done, and this was the only answer that made sense. As it turns out, Enier had already thought the idea through, and echoed my excitement.

“You are the best carpenter I have ever known,” he said. “How hard can it be? If you can build a table and chairs, surely you can build a boat! I can get the materials. You just have to build it.” He had already saved more than enough money to purchase the wood we would need.

Enier worked at the gas station in town and would, from time to time, siphon extra fuel to sell on the black market. The government controlled all fuel consumption at the time, so Enier was able to make pretty good money selling a gallon here and there.

“We will buy the wood—piece by piece—and store it in your shed. When you are ready, we’ll move it, and you can get to work. You can do this, Yosely. You must.”

But how can I?

How can I leave Taire?

She will never forgive me.

What if I am arrested, or killed?

What if it doesn’t work?

What if saving myself puts my family in danger?

What if I can’t save them?

Over the next few weeks, I cut, shaped, sanded, and pieced together a twelve-foot glorified rowboat in the darkness of night, just outside of town. Enier and I found a ravine at the edge of an orange orchard to hide our materials during the day. We would cover the pieces with palm branches, sugarcane husks from neighboring fields, and windswept trash from town. At night, we would ride out to the field, and I would work until daybreak.

Enier stood watch while we devised our escape through whispers.

There were many nights when my wife would startle awake and find I wasn’t in bed. More often than not, her panic would turn to deep relief when she would find me curled up next to my son in the early morning before sunrise.

She only questioned me once about my absence during those few weeks. My eyes pooled with tears as I asked her to please trust me.

But I couldn’t do it alone.

“We need more people,” Enier said. “The two of us will never be able to get to freedom alone. I know others, Yosely. People who can help us.”

“Oh, yeah? Who? Who is crazy enough to get in a boat that we built in an orange grove and paddle to America? If you know these people, you need new friends, Enier, because they are crazy.”

“Rafael, Alberto, Javier. They all want to leave. They are all ready.”

“You told them? What’s the matter with you!”

I was furious. I simply couldn’t believe he had shared our secret. Three weeks of sneaky, sleepless, scary nights; three weeks of wondering when, not if, I would get caught creeping out of the house or we would be arrested for wandering the moonlit streets of our town. Now I knew. It was tonight. We were done for.

“Take it easy, Yosely.” He tried to calm me down, but I was enraged and erupted out of the ravine and ran toward him, ready to tackle him to the ground.

“They are ready to leave, Yosely. They can help us get out of here!”

The three men Enier mentioned were all friends of ours and often joined us in the dark alleyways—to drink and dream.

“And what about Neo?” he asked. “That would make six of us. An even number.”

“No. Not Neo,” I said, now thinking of each of the men named.

“Why not? Neo would dog-paddle to America backward if you told him to,” Enier said, almost pleading for affirmation.

“My wife is stronger than Neo,” I snapped back, eyes wide as the sun.

“But he is loyal to you, Yosely. He will help us. We need him.” Enier took a deep breath and waited for me to speak.

I climbed back into the ravine and started sanding the sides of the boat.

“Well?” I said, after a few minutes. “What are you waiting for? Go get our crew.”

A new routine began with this unlikely band of brothers. Night after night, different men would join me at the boat to help sand and waterproof the sides. We were never all in the same place at the same time because we didn’t want to create any suspicion, but I was there every night. After my family fell asleep, I would make the hour-long trek on foot to the orchard, never taking the same route, but always arriving in time to work for a few hours before slipping home.

The project took a lot less time than I had anticipated. Using only the light of the moon and a myriad of materials collected by my friends, I built our boat in just thirty-nine days.

When it was finally finished, I looked at the boat and started to cry. Slowly, everyone gathered behind me and put their hands on my shoulders.

Enier spoke for all of them. “Well done, Yosely. She’s beautiful.”

Then, the weight of our entire lives—our families’ lives—fell on us all. We stood there for what seemed like an hour and silently thought of what might be.

I shot a quick glance at their faces, and my sense of accomplishment suddenly turned to panic.

How can we be ready tomorrow?

What about our families?

What about our supplies?

What if the boat isn’t ready?

What if our plans don’t work out?

The others waited for me to take a deep breath and answer. I nodded my head and then, “Tomorrow,” we all agreed.

I returned to my tiny home to find my family curled together in a half-lit room, asleep on my son’s mattress on the floor. I stood in the doorway to his room and watched them sleeping, breathing, dreaming. Suddenly, Taire woke with a start.

I wiped my eyes and smiled. “Nada, mi corazon. Todo es perfecto.” Nothing, my heart. Everything is perfect.

To tell Taire my plan would be opening her up to indefensible interrogation after I was gone. The policia would no doubt question where I had gone. The less she knew, the safer she and the children would be without me.

I turned out the light and climbed onto the mattress with them. Four of us, about to be three.

A Sea Between Us by Yosely Pereira and Billy Ivey

What could compel the humble son of a carpenter to build a boat, battle the shark-infested waters of the Florida Straits, and leave the only life he’s ever known?

A Sea Between Us is the harrowing true story of Yosely Pereira, the love of his life, Taire, and their incredible fight to escape the brutal bonds of communist Cuba.

Ninety miles lay between their island prison and their dreams. But crossing those miles was only the beginning of this gripping journey. After building a boat and enduring the Florida Straits, Yosely secured his freedom, but his own escape was not enough. Taire and their two young children still needed to be rescued.

A story of a harrowing journey fueled by love . . .

A Sea Between Us celebrates the strength of the human spirit and the transcendent power of love.

Yosely Pereira has lived in the United States since 2002. The couple currently resides in Franklin, Tennessee. Yosely works as a master carpenter, designing and constructing special projects from his workshop in Nashville. The love of his life, Taire, serves students and parents as a Parents Outreach Translator and ESL teacher with Metro Nashville Public Schools. Their entire extended family lives and works in the greater Nashville region.

Born in Brooklyn and raised on Long Island, Elizabeth is close to accepting the fact that she's now a Midwesterner. She enjoys family time with her three kids, playing classical flute in ensembles of all sizes, eating sushi with friends, and doing small renovation projects in her home.