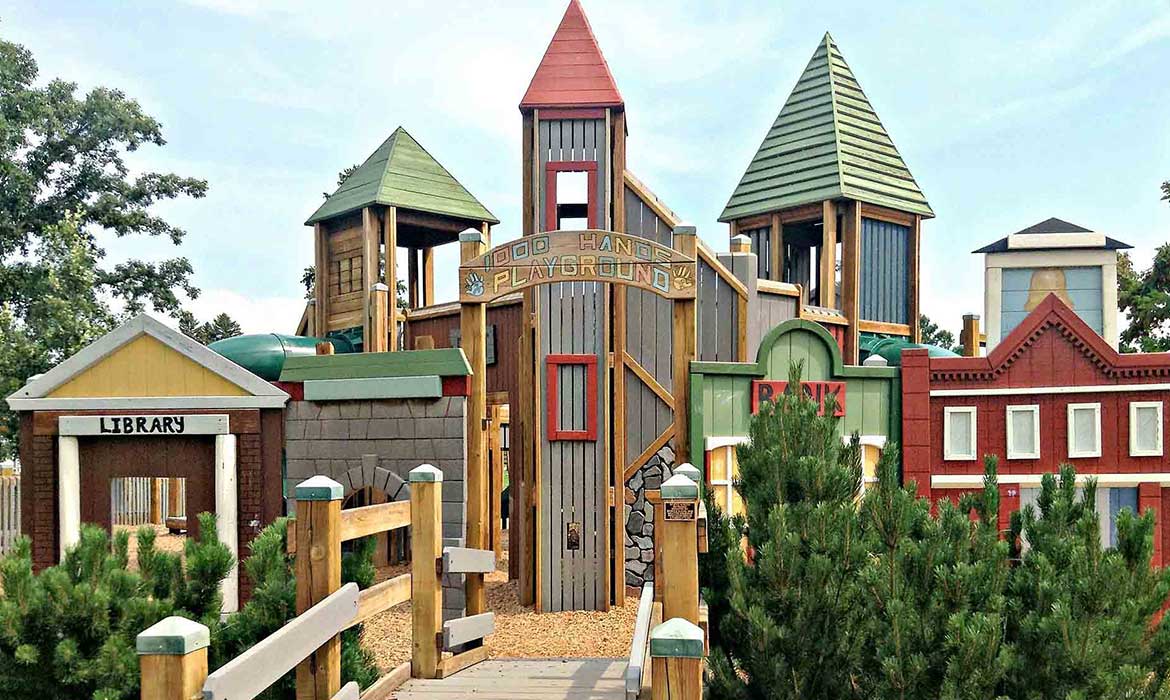 Who knows? You could have your own Imagination Station adventure!

I don’t recall the first time I listened to an Adventures in Odyssey episode. My parents must have started playing these audio dramas for us in our tape decks⁠—one in the boys’ room, one in the girls’ room—during the evenings. I have fond memories of feeling like I outsmarted the system of having to be in bed by a certain time because my siblings and I would almost always stay up for the conclusion of an Adventures in Odyssey episode. Now I realize it was just a genius parenting tactic that ultimately got me to bed! Well-played, parents, well-played.

Since we got them from our church’s library, the episodes I grew up listening to were reruns of the same four or five cassette albums and included some of the originals, down to the very first episode, “Whit’s Flop.” As a kid, I would mentally insert myself into the episodes, and I even recorded my own voice on a cassette tape as I talked over an episode (sounding very much like I was being ignored by the other characters). I hoped to someday greet Hal Smith, the original voice actor of Mr. Whittaker, in person and hear him offer wise advice to me like he did with the kid characters in the episodes. Sadly, I discovered that Hal had passed away before I was born, but even so, I grew up listening to him on Adventures in Odyssey as though meeting him for the very first time.

During the summers, Dad would take us to a very special park, complete with bright, leafy trees, a playground castle, a nauseating but popular tire swing, crazy slides, forts, bridges, a basketball court, and a tic-tac-toe thing. Since the place is called “the Imagination Station” by locals, visiting was a theme park–like experience for me back then because the Imagination Station is also the name of Mr. Whittaker’s time-travel invention that runs using virtual reality and—you guessed it—imagination. The fact that I didn’t understand the connection (or lack thereof) between the “famous” time-travel device and this random playground was part of the magic in the mystery. (Do I dare also mention my long-standing confusion as a kid from thinking Adventures in Odyssey and the classic Odyssey by Homer were the same thing?)

Now there’s an entire series of Imagination Station books! Although these books started coming out after my season in chapter books, my little brother Joel and I heard about them from the ads between the free episodes of Adventures in Odyssey (which we affectionately refer to as “A in Odd”) that we’d stream from Whitsend.org. We heard the same ad promote the books so many times that shouting, “Vikings!” like the ad became an inside joke. Just for kicks, Joel eventually bought me books 1 through 6 of The Imagination Station series while working at a bookstore. It looks like the ad got the last laugh after all!

It then comes as no surprise that I continue to listen to Adventures in Odyssey to this day. Of course, not all episodes are equal, but most of them are quite articulate in conveying moral dilemmas on a level that kids can understand and adults with an inner child can enjoy. I still get goosebumps sometimes with episodes like “In My Image” and “Someone to Watch Over Me,” laugh as the humor and apparent ad-libbing of Whit Hertford (as Jay Smouse) catch me entirely off guard, and attempt not to cry in moments like when Connie reunites with Mr. Whittaker. As an adult, I honestly miss the moral lessons that frequent children’s media, and in AIO episodes these themes are addressed without being too watered down. Adventures in Odyssey attempts to thoughtfully tackle complicated issues like long-term grief, life-threatening temptations, obsession, vengeance, death, and other real-life experiences in its storylines, which I respect and appreciate. This cinematic audio drama truly stays with you through the years.

So if you’re trying to get those kids to bed on time, heading on a long road trip, or seeking an alternative to your music playlists and podcasts, Adventures in Odyssey is definitely worth checking out. Who knows? You could have your own Imagination Station adventure!