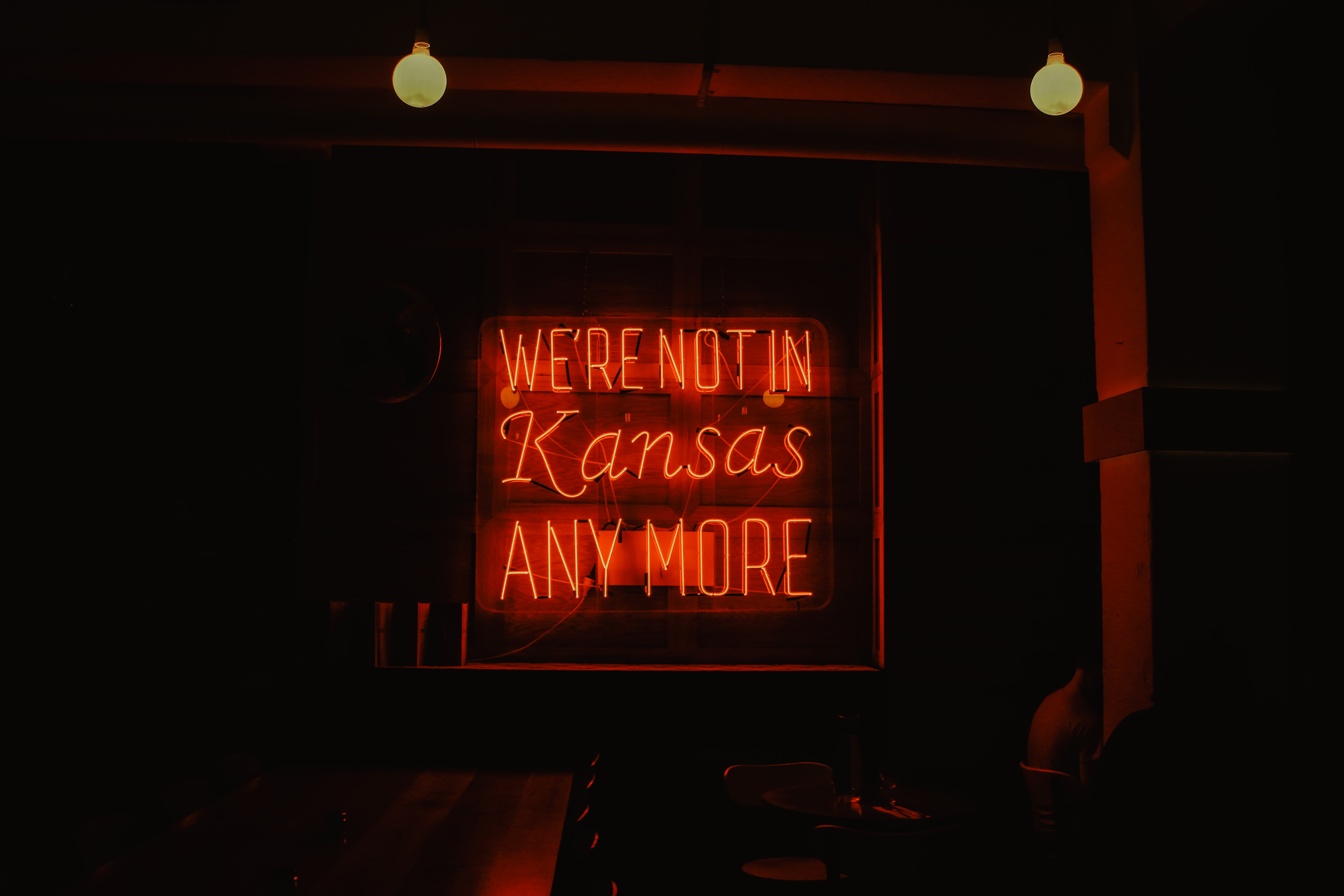 How to Stay Weird and Know the Eccentric God

Eccentric Christianity is a new orbit where the self is displaced and God is found at the center of life. And in this displacement the Christian begins to act in “strange and unusual ways” in relation to the norms of the world.

The word eccentric comes from a combination of the Greek terms ek (out of) and kentron (center). When combined, ekkentros means “out of center.” The term gained currency in the late Middle Ages, when astronomers like Copernicus dared to suggest that the earth was not at the center of the solar system. By claiming the earth in fact orbited the sun, Copernicus became the original eccentric.

Enter Richard Beck, a professor from Abilene Christian University, who pushes the definition of eccentricity a bit further. In his book The Slavery of Death, Beck takes its literal meaning (“out of center”) and suggests that an eccentric identity is an identity where the focal point of the self is shifted to God. He says, “The ego, in a kind of Copernican Revolution, is displaced from the center and moved to the periphery. The self is displaced being the ‘center of the universe’ so that it may orbit God.”

In other words, all Christians who have made God the center and focus of their lives can rightly be called eccentric.

Now, of course, that’s not how we usually use the term eccentric. When we think of people who are “off center,” the center we have in mind is usually some cultural or behavioral norm. So eccentric people are those who act in a socially unorthodox fashion. They’re strange, unusual, sometimes deviant. But Beck is trying to rehabilitate the term, to drive us back to its original meaning and to suggest eccentricity should not only be expressed in zany behavior but also in truly biblical Christianity. When we put God at the center of our identity and push our egos out to the edge, we will become a different kind of people. He says,

Eccentric Christianity is a new orbit where the self is displaced and God is found at the center of life. And in this displacement the Christian begins to act in “strange and unusual ways” in relation to the norms of the world.

We become, in the words of the King James Version, “a peculiar people.”

The early church eventually usurped and conquered the Roman world by living such a sublimely alternative lifestyle they attracted thousands of people bowed and broken by the cruelty of life under Caesar. These Christians were a peculiar people.

Today, the church in America seems to have traded in its mandate to be eccentric and aimed instead at an unconscious conventionality. Rural norms are too quaint, urban norms too dangerous, so the church finds a happy medium in a suburban spirituality. It’s impolite to think of ourselves as rich and demoralizing to think of ourselves as poor, so we find a happy medium in the middle class. We are happy. We are medium. We fit in. And very often we baptize that conventionality by suggesting that God is primarily concerned with order, and with us living peaceably with our neighbors. I’m certainly not suggesting we shouldn’t be peaceable, but neither should we be indistinguishable from our fine, upstanding non-Christian neighbors.

Yep, we have an eccentric God. Think about it. While many religions see their deities being intrinsically bound up in creation, the biblical God is “off center.” The God of the Bible is separate from the created world. Certainly, God is involved in the created world. God draws close to his people. He’s described as sustaining the universe and involving himself in human affairs. And he is revealed to us most clearly as the enfleshed Messiah, Jesus. All that is true.

But orthodox Christianity teaches that the triune God remains wholly Other, separate from the universe he has created. Beck puts it this way:

The eccentric God is always experienced as “outside” the system and status quo. God approaches us from “the outside” of our current arrangements and understandings. Consequently, when it comes to God the community of faith has to adopt a receptive posture, waiting upon the initiative of God. And while all this is often described with the language of “transcendence”—using a higher vs. lower metaphor—it can also be described by the eccentric metaphor, an inside vs. outside distinction.

He’s right. God is holy, ineffable (indescribable), beyond. And there’s something thoroughly eccentric about that. It means God can never be captured or made “ours.” If God exists beyond us, God can’t be circumscribed or reduced to our agendas or systems. I’m not suggesting we can’t know God. In Christ, God has reached out to us. God desires relationship with us and has shown us great mercy and kindness. But we don’t get to own God.

God is not an American or Australian. God is not middle class. God is not black. Or white. Or poor. Or rich. Or Southern Baptist. Or Pentecostal. Or Republican. Or Democrat. Or any of the other containers we try to put him in. He’s an eccentric God, and an eccentric God is free—truly, utterly free.

And we need this truly, utterly free God, because all of us (conservatives and liberals, left and right) are so profoundly tempted to align the voice of God with our own voice.

As Richard Beck points out, to be a genuinely eccentric people, we need to serve an eccentric God, one that “cannot be bounded, encircled or delimited to our group, our interests, our values, our nation, our way of life, our choices, our worldview, our economy, our church, or our theology.”

In other words, if we can make God captive to our cultural preferences, then we will most certainly ourselves be captive to them too. We have to learn the often-challenging truth that God exists beyond our agendas, which in turn could free us from our own unhelpful, even ungodly, plans and schemes.

But there’s more. Beck adds a third dimension to this discussion of eccentricity—the Kingdom of God is eccentric.

We know the Kingdom of God isn’t a specific territory. The Kingdom of God is like salt and light. Like God, it cannot be contained or walled in to a particular zone. It’s not like America is Kingdom-of-God territory and Syria isn’t. The very character of God’s Kingdom is alternate to the character and values of this world. It doesn’t create borders and defend them. It doesn’t foster parochialism or insist on pledges of allegiances to particular flags. Its values are justice, reconciliation, beauty, and wholeness. It can’t easily be identified in conventional, observable ways. Jesus said as much when the Pharisees challenged him to show them this kingdom he was speaking about. He replied, “The coming of the kingdom of God is not something that can be observed, nor will people say, ‘Here it is,’ or ‘There it is,’ because the kingdom of God is in your midst” (Luke 17:20-21). Similarly, Richard Beck says,

Jesus is different. Go and do likewise.
Many Christians have become comfortable letting the world mold them instead of being set apart by God. And many churches have traded in their biblical roots for complacent conventionality. But Jesus and the church are anything but conventional. The hallmark of our faith is that it sees the world differently than the world sees itself.
We are called to be eccentric—off center, unique, different; not conformed to the patterns of the world but transformed by the renewing of our minds. By the grace of God we are not only dissatisfied by sin but increasingly uncompelled by conventionality.
So resist the allure of acceptability. Get back to the unsafe roots of our faith. Be equipped to surprise the world with the Good News it didn’t even know it was waiting for. Challenge the way things are by living a life that has been truly set free by Christ.