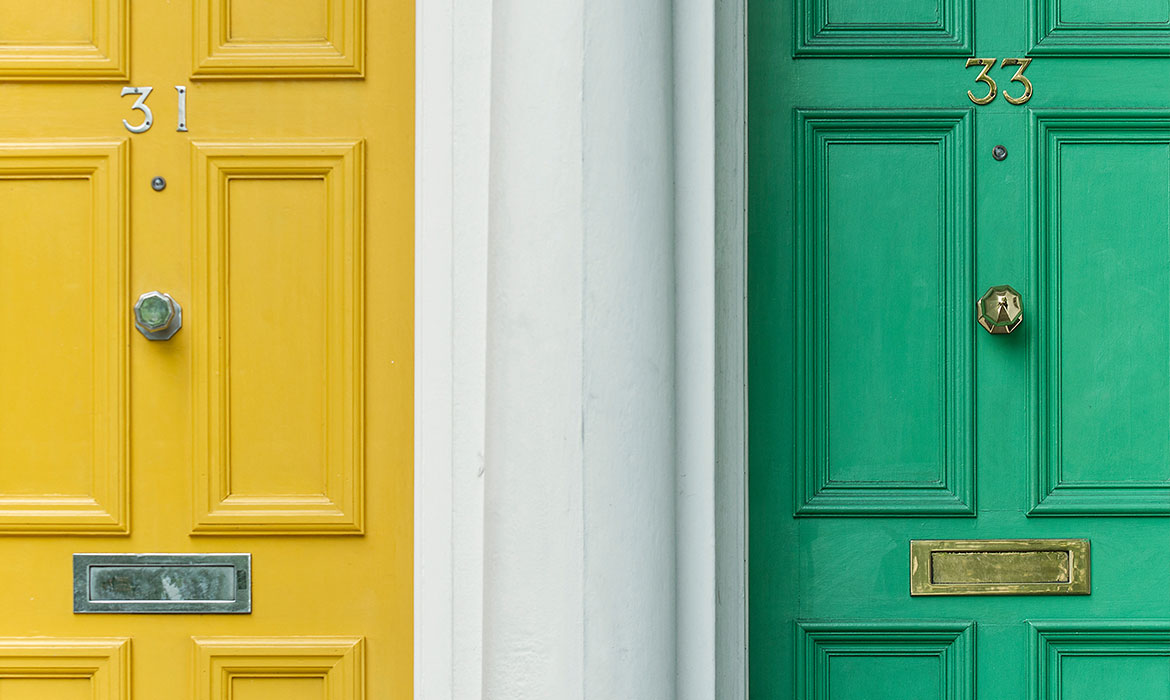 How to Build Friendships Across Boundaries of Division

Every week in the month of April we will be featuring an article on the art of friendship. To see the full series, click HERE.

by Tim Scott, US Senator and co-author with Trey Gowdy of Unified: How Our Unlikely Friendship Gives Us Hope for a Divided Country

If we want to build friendships with people across lines of division, we must focus on what we have in common and not become distracted by what separates us. We do this naturally—and often without even thinking about it—when we feel a connection with someone. If we want to reach out to people who are different from us, the process is really the same—though we may need to be more intentional about it. We must start by establishing rapport, based on common interests, and build a foundation of trust and goodwill, before we gravitate toward conversations about problems and the issues that divide us. If we start by talking about things we can all agree on—such as gratitude for our men and women in uniform, our love for our children, grandchildren, and the Dallas Cowboys (okay, maybe it’s not the Cowboys for you, but sports in general)—eventually we will pave the way to more challenging and difficult conversations.

If we’re always trying to work an angle rather than establishing a genuine friendship, we’ll never get anywhere. But influence and change will come as natural by-products when committed friends work together to address common concerns and interests.

So how do we begin to build friendships across boundaries of division? Let’s be honest; we can’t just say to someone, “Hey, do you want to be friends?” That would be naive—and more than a little awkward. There’s a process I learned while I was running my insurance business, and I believe we can apply these steps to any friendship in our lives.

Start by establishing rapport. When you meet someone new whose perspective on life is different from yours—because of class, race, ethnicity, religion, ideology, or life experience—ask to hear his or her story, and simply start listening. As you listen, put into practice one of the great principles from Stephen Covey’s classic bestseller, The 7 Habits of Highly Effective People: “Seek first to understand, then to be understood.” This is vitally important. Another way to say it is this: Walk in the other person’s shoes for a while before you ask him or her to try on yours. By doing so, you may expose yourself to a very different way of thinking about and seeing issues. You’ll gain a fresh perspective.

Everybody wants to be understood. If you will make “seeking first to understand” a way of life, and if you try to see things from the other person’s perspective to the best of your ability, you will find that whenever you walk into a new room, establishing rapport is infinitely easier. When you’re willing to enter the situation without preconceived ideas and notions about the other person, then you can start to build rapport. As you interact with each other, actively look for things you have in common and begin to build on those. If differences arise, agree to set them aside in favor of building trust and establishing open lines of communication.

Reaching across lines of division doesn’t have to be complicated or difficult. You can start by meeting someone for coffee and having a conversation. You can invite him or her over to your house for dinner. You can go to a high school sporting event together. It doesn’t matter so much what you do, as long as you do it together. Take the first step. You’ll find that reconciliation and problem-solving will come later.

Begin to build trust and earn credibility. We establish credibility with others by being honest, genuine, and transparent in our communication. If we’re honest about where we’re coming from, we can often bridge the gap between our differences by increasing our understanding. The more we understand each other, the easier it is to build trust. Credibility is also built on commitment—when we’re willing to say to the other person, “I’m in your corner, no matter what.” That doesn’t happen overnight. It takes purpose, patience, and persistence.

Before we can address the issues that divide us, we must first establish credibility in those areas. In politics and in life, we create credibility by doing our homework and becoming proficient on a topic. Credibility is born from our desire to know more about the other person. When we are genuinely interested in understanding other people’s perspectives, we will find ourselves able to move quickly and more deeply into relationships with them. In a group, rapport is established through common bonds and core values. These allow for credibility to grow quickly, leading to deeper friendships.

Find a common problem to agree on. Once we have established rapport, trust, and credibility with someone, we may be ready to enter into deeper conversations—to discuss the challenges we face and tackle some of our differences. Trust allows us to identify problems from a common perspective, walk through those problems together, and begin to look for mutually beneficial solutions. The process of building rapport and credibility gives us the understanding of each other we need to work constructively together in an atmosphere of trust and goodwill.

So often, it seems, we look for solutions the wrong way. We put the cart before the horse and try to solve problems that we haven’t yet agreed we both have. We can’t begin to solve our problems until we’ve established a common bond and desire to work together. Effective problem-solving can only happen when we’ve taken the time and put in the effort to establish a genuine and positive working relationship.

It’s common in our society to classify people by perceived categories—liberal or conservative, Democrat or Republican, believer or nonbeliever, Northerner or Southerner—and to categorize those groups according to a short list of presumed characteristics that make it easy for us to minimize, attack, or altogether dismiss the group as a whole. But a group is never monolithic; it is always an amalgam of individuals and individual relationships. People don’t listen, speak, or respond as a group; they respond as individuals. We may see the crowd, but a crowd is simply a collection of individuals gathered in the same place. Likewise, we don’t have relationships with groups; we have relationships with individuals.

Why is this an important distinction?

For one thing, it’s easy to hate or demonize a group or a crowd, but it’s hard to hate a person whom you’ve gotten to know. It’s easy to cast aspersions on groups, because a group is largely anonymous. If you’re facing a crowd, you will hear things that no one would ever say directly to your face. As people, we act differently in groups than we do as individuals.

Interactions with groups almost always go differently than when you invite an individual person into a one-on-one conversation. Connecting with someone one-on-one allows you to go deep and not just wide. It removes any excuses, any barriers.

Whether we realize it or not, we tend to impute characteristics to other people, and we view them through the prism of our past relationships. It’s hard work to resist the temptation to see a person as part of a group, or as a “type,” rather than as an individual. It takes serious effort to be aware of our attitudes and prejudices, and to give people the benefit of the doubt. But dealing with people as individuals is absolutely essential for overcoming stereotypes. Reconciliation requires relationship, and relationship requires fairness and self-awareness.

I can’t tell you the number of people who have said to me, “You’re the first black person I’ve ever voted for. You’re different from the rest.”

I think I understand what they are trying to say. They are working through their own preconceived ideas about me. Here’s what I’ve found: When you begin to look at people as individuals, when you listen to what they say and seek to understand where they’re coming from, you begin to realize that we’re all different from the rest.

Prejudice runs far deeper than skin color or physical appearance. For example, there was a time in my life when I had too much Christian zeal! I thought all Christians should think the same way I did. It was probably not the most effective way to communicate with people. With time and maturity, I developed a genuine love for other people. That’s not to say I’m perfect, by any stretch. I’m still learning. But I’ve come to appreciate it when someone tells me that I’m “different from the others.” Not because it sets me apart, but because it means they have chosen to see me as a person—as an individual—not just as part of a group. My prayer is that they will do this with others as well. If we can make it a habit to see people as individuals, that’s half the battle. Once we’ve opened that door, we’re well on our way to establishing rapport, earning trust, and building credibility.

Finally, start to talk about solutions. If we start with something in common and we allow ourselves to bond with others across whatever divisions we may have, the solutions will be a natural by-product of our friendship, our commitment, and our mutual interests. Building rapport requires openness. We have to open our hearts to reach other people.

One thing that happened in Charleston in the aftermath of the shootings at Mother Emanuel Church was a connection between congregations that we hadn’t seen before. My church served hundreds of meals during that time, and our pastor reached out to the new pastor at Mother Emanuel, resulting in a positive and potentially powerful friendship that has become life-giving in the community through a renewed commitment to work together.

When you have rapport with someone, you think the best of each other and you give each other the benefit of the doubt. Sadly, too many people too often default to criticizing one another. There’s plenty of doubt and suspicion to go around, but there is so much benefit to thinking the best of people. When trust and goodwill dissipate, what’s left are people running to their corners—whether that corner is race, ethnicity, religion, political ideology, or some other identity group—and digging in for a fight. But our nation can’t afford to splinter into small groups. We need each other to remain strong and to remain free.

Unified: How Our Unlikely Friendship Gives Us Hope for a Divided Country by Tim Scott and Trey Gowdy

In a divided country desperate for unity, two sons of South Carolina show how different races, life experiences, and pathways can lead to a deep friendship—even in a state that was rocked to its core by the 2015 Charleston church shooting.

Tim Scott, an African-American US senator, and Trey Gowdy, a white US congressman, won’t allow racial lines to divide them. They work together, eat meals together, campaign together, and make decisions together. Yet in the fall of 2010—as two brand-new members of the US House of Representatives—they did not even know each other. Their story as politicians and friends began the moment they met and is a model for others seeking true reconciliation.

In Unified, Senator Scott and Congressman Gowdy, through honesty and vulnerability, inspire others to evaluate their own stories, clean the slate, and extend a hand of friendship that can change your churches, communities, and the world. 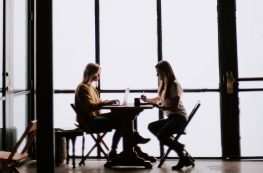 Do You Have One of These Harmful Friendships? 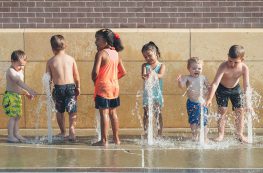 How to Help Your Child Make Good Friends 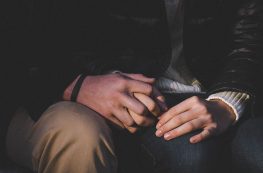 How to Help a Friend Walking Through a Dark Time