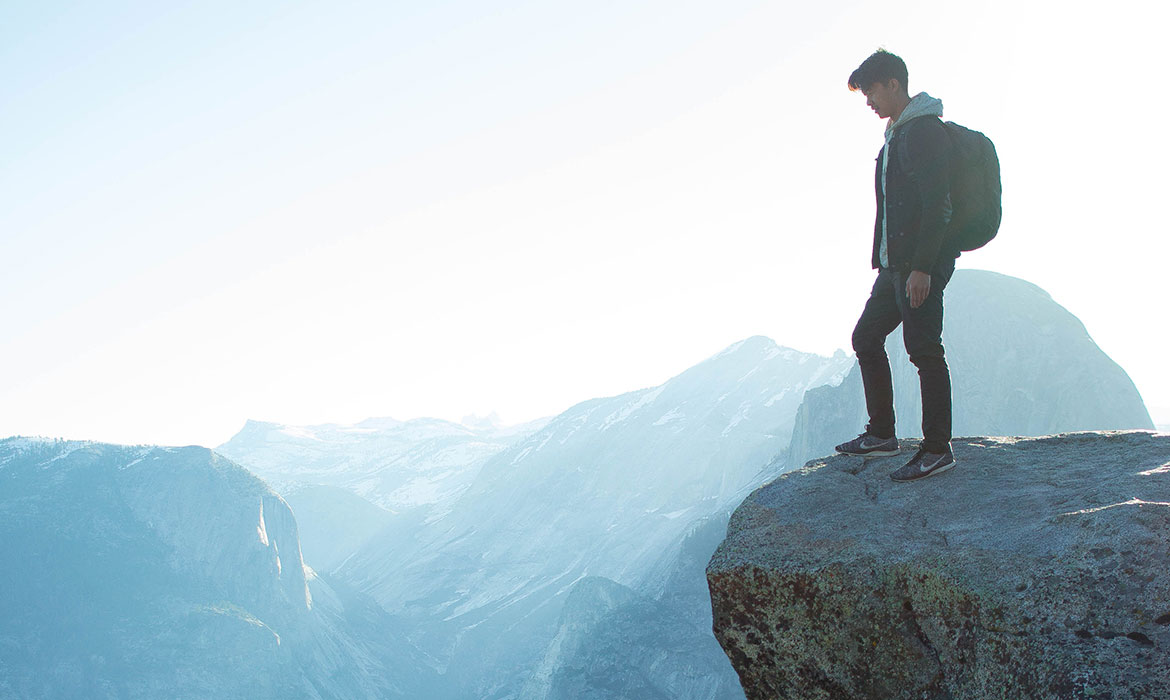 How Taking a Risk Can Lead You to Your Destiny

It’s been thirty years, but I can still remember the fear. A beautiful Fourth of July at the pool with cousins, aunts, and uncles. Everyone splashing and laughing, celebrating the holiday that commemorated freedom.

I clutched the smooth sides of the pool as if my life depended on it. With an orange bubble firmly strapped to my back, I should have been free to let go. To take this risk would surely lead to fun and independence.

But fear held me in place. I stayed in that spot for hours. I remember thinking, “The whole party is happening right around me, and I’m missing it because I’m just too scared.”

I never did let go of the ledge that day.

Yet that moment—that feeling of not fully engaging as life went on around me—stayed with me forever. And it began to form my view on taking risks.

Life was precious. How did I want to live it? Was the Creator of this vast, beautiful universe calling me to safety or was He calling me to step out of my comfort zone? To engage in the party and let go of the ledge? To fully live, even in an uncertain world?

But to embrace life in the fullest way possible required taking risks. It required letting go of the side of the pool to swim free—however that might look. For me, it was going parasailing. It was leaving my husband and two sons to board a plane and go to a writers’ conference. It was suffering the sting of rejection after rejection from literary agents—being told I wasn’t good enough—but still taking the risk of trying again.

I relate well to Annie. Her refusal to engage in life, especially when it’s hard, reminds me of my refusal to let go of the edge of that pool and swim free.

But thanks to Jesus—for Annie’s sake, mine, and yours—our stories don’t have to end in fear and imprisonment. Because that’s not who our God is. He has plans and a destiny for us that are far greater than sitting on the sidelines.

Sure, we fear taking risks. We fear rejection and losing security. But it’s when we push past comfort zones that we grow emotionally and spiritually. And while we may have an end result in mind, both succeeding and failing are important. Failing builds character. It makes us more human, even more beautiful.

And is that not our calling? To embody the fullest measure of what it means to be human and to welcome God’s plan for us?

We’re called to embrace this crazy life and wrestle from it every ounce of beauty and meaning. But that may require taking a risk: letting go of that ledge in order to swim—or run—free.