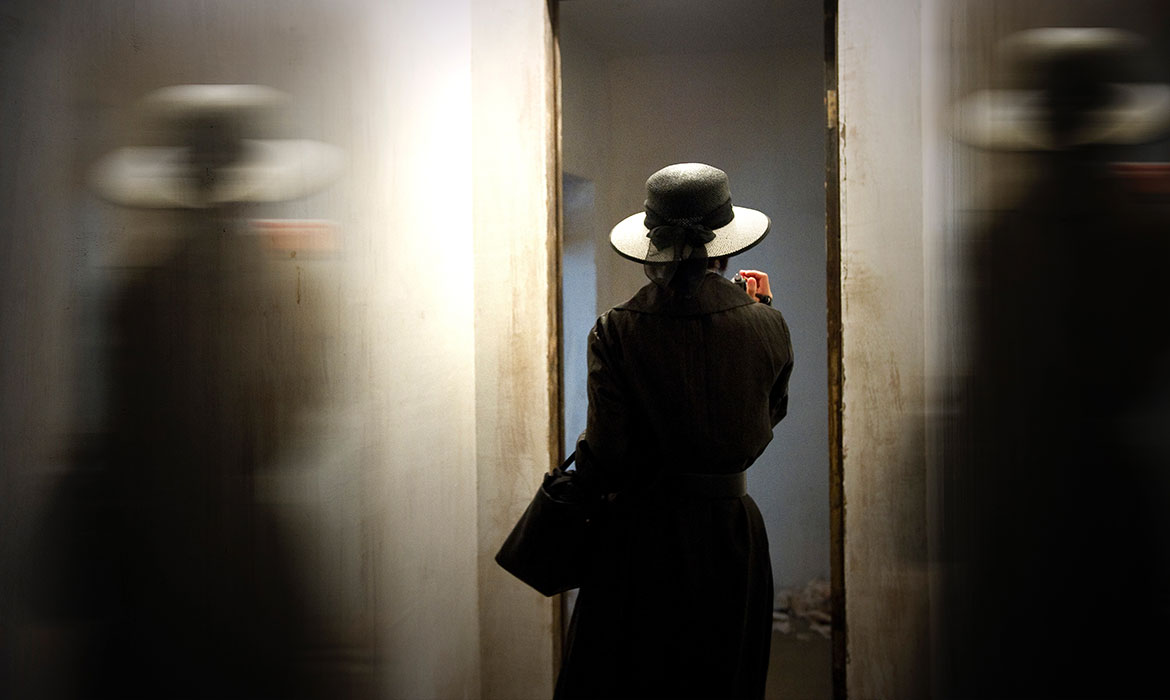 How Being a Smart Woman Made Me A Successful Spy

A woman can change the terms of the engagement. She can use all her attributes, intelligence, and empathy to win the game before anyone realizes that she’s even playing.

When I began my training with the CIA, the television show Alias was at its height in popularity, and I thought that Sydney Bristow was the coolest character ever. Sometimes, to overcome the intense stress, I would pretend that I was training to be Sydney (of course, without the cool blue wig and hand-to-hand combat). I know—real professional. What can I say . . . sometimes you play mind games to get yourself over the hump, and this is just one of the things that worked for me.

My training partner was a young man named Adam, a former police officer from Boston. The two of us had very similar personalities. In fact, when everyone in the class took the Myers-Briggs personality type inventory, Adam and I were an exact match. Adam was so much like me it was ridiculous. He was like a male version of myself, which I found strangely comforting as we embarked on this crazy journey to become intelligence officers.

Our first training instructor was a guy named Jim. He was a living legend at the CIA—the kind of spy who lived and breathed operations and set the standard for all the young officers who came after him. By the time I started the program, Jim was well past his glory days and two decades into retirement. Regardless, he was full of life and brimming with energy. He talked with great fondness of his time in the field and was eager to tell stories of his early years in the CIA. I couldn’t believe my good fortune at getting placed in his charge for the first half of training, when mentorship from your instructor is key to learning the ropes.

While our class was much larger, mentorship sessions took place daily in a small and much more intimate group setting, which included one instructor and two students. After shaking our hands, Jim sat down to introduce himself to me and Adam. “Welcome to the CIA,” he said. “I’m here to help you get through training. Please feel free to ask me questions and let me know if you need additional explanations on the topics you will be introduced to in this course.” I nodded and smiled, hoping he’d notice that I was tracking with him.

But within a few minutes, I noticed something odd. Instead of looking at both of us, Jim faced Adam the entire time. He talked to him in the tiny student office as if I wasn’t even in the room, pausing every so often to spit the red juices of his chewing tobacco into a Styrofoam cup. I tried to quietly scoot my chair closer to Adam’s so I’d be in Jim’s line of sight. His eyes remained locked on Adam.

“One of my jobs,” Jim said, “is to help you visualize how the classroom instruction fits into real-life operations.” He told us that he’d spent most of his time in the field and was even mentioned in Ronald Kessler’s bestselling book Inside the CIA.

Adam and I stared in awe at the legend, saying over and over, “Wow, that’s so cool, sir.”

After Jim left the room, Adam turned to me and said, “Well, that was weird. Did he even look at you?”

“You noticed that?” I asked.

“Of course I did. How could I not notice?”

This was where Jim’s age, and the fact that he was from a completely different era, became evident. As training progressed, Jim seemed shocked when I’d do well in the exercises and get positive feedback from the instructors. He didn’t know what to do with the fact that I was succeeding. I assume that in his mind, I should have been in a secretarial or support role, not collecting intelligence in the messy and dangerous world that he had dealt with in his prime. So he kept ignoring me.

I decided not to take it personally.

Fine, I thought. Underestimate me. But in the process, I will learn everything I can from you—even if all of your wisdom is directed at Adam over on the opposite side of the room.

Still, it’s hard to prevent judgment like that from seeping into your subconscious. After all, the training program was designed to be extremely challenging in order to weed out anyone who wasn’t suited for the demanding life of an undercover intelligence officer. And the truth was, I had no idea if I was capable. It wasn’t like I had role models I could look up to and compare myself with. All I had seen up to that point was an instructor cadre that was mostly older, white, male retirees. The only female instructors in this part of the training program taught the report-writing modules. I had no idea if I fit the 007 mold. Was I capable of recruiting and running sources or managing counterterrorism operations? Was I supposed to be there or not? The cold, hard truth is that—even today—certain jobs in the agency are considered a better fit for men. When a job involves dealing with rather unsavory individuals (like terrorists) or revolves around cutthroat business dealings, the gender bias leans even more dramatically in a man’s favor. People assume that a strong male presence is more effective in certain scenarios. I suppose that’s true if you are battling it out in an ultimate fighting competition, but it’s not often that intelligence agents are expected to enter the ring and face off against Hulk Hogan or The Rock.

I can’t blame other people for operating under old assumptions about gender. I myself assumed that men were better at serving in the core collector roles (the people who recruit and handle spies) since most of the agency’s sources are men and many come from incredibly paternalistic cultures.

It’s a fairly logical view unless you understand the psychology of espionage. The key is to be able to correctly read your opponent. Espionage is all about psychology, and when you master the ability to read others while thinly disguising your own hand, you can turn your “gender liability” into an advantage.

In the CIA, smart women tap into the misplaced assumptions of the adversary by using the element of surprise. It’s almost like playing poker. When a criminal, terrorist, or potential business partner does not expect a woman to be his equal, you—the woman—hold all the cards. When you finally reveal your hand, his jaw drops in disbelief.

A woman can change the terms of the engagement. She can use all her attributes, intelligence, and empathy to win the game before anyone realizes that she’s even playing.

There’s a lesson to be learned here: don’t mistake a gentle smile for weakness or a sunny disposition for naiveté. Women—especially those in the Agency—are tougher than we look.

The CIA is looking for walking contradictions. Recruiters seek out potential agents who can keep a secret yet pull classified information out of others; who love their country but are willing to leave it behind for dangerous places; who live double lives, but can be trusted with some of the nation’s most highly sensitive tasks.

Michele Rigby Assad was one of those people.

As a CIA agent and a counterterrorism expert, Michele soon found that working undercover was an all-encompassing job. The threats were real; the assignments perilous. Michele spent over a decade in the agency—a woman leading some of the most highly skilled operatives on the planet, secretly serving in some of the most treacherous areas of the Middle East, and at risk as a target for ISIS. But deep inside, Michele wondered: Could she really do this job? Had she misunderstood what she thought was God’s calling on her life? Did she have what it would take to survive?

The answer came when Michele faced her ultimate mission, one with others’ lives on the line—and it turned out to have been the plan for her all along. In Breaking Cover, Michele has at last been cleared to drop cover and tell her story: one of life-or-death stakes; of defeating incredible odds; and most of all, of discovering a faith greater than all her fears.