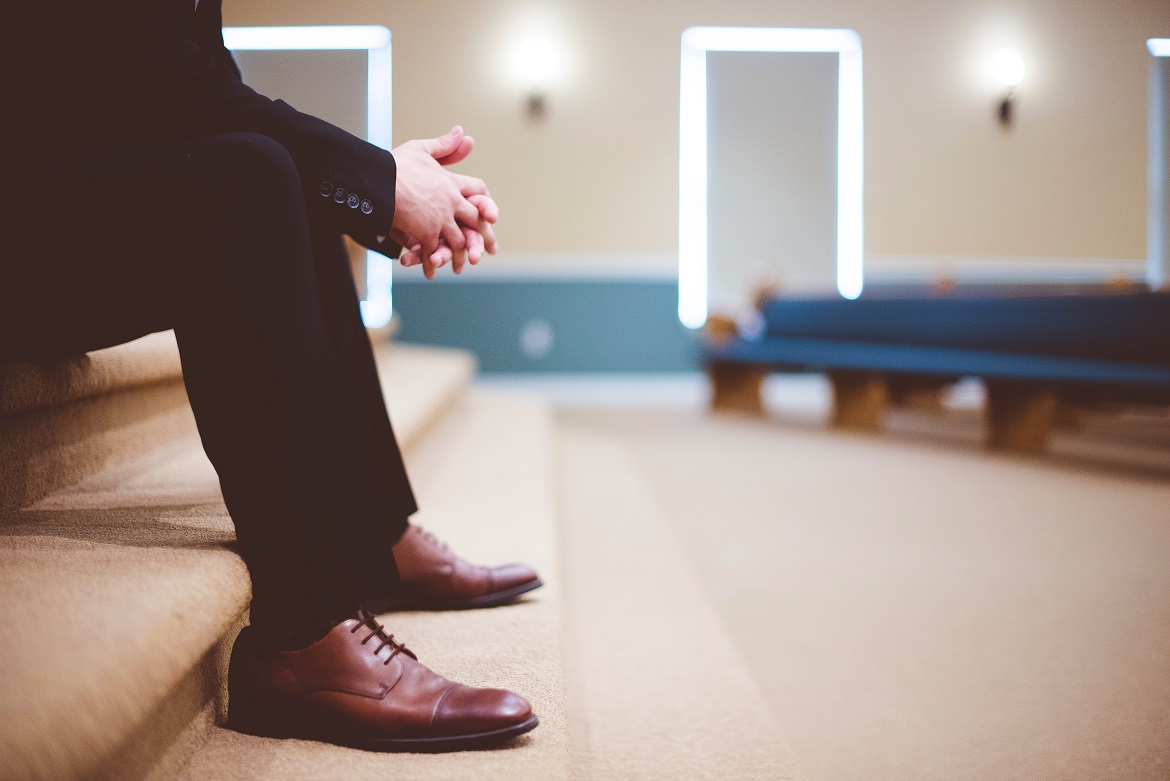 For some decades now, as evidenced in my writing, I’ve believed that American Christianity has been less and less interested in God and more and more in doing good things for God. We’ve learned how to be effective for him to the point that we don’t really need him any longer.

By Mark Galli, excerpted from When Did We Start Forgetting God?

It’s hard to know when the current evangelical crisis started, because one characteristic feature of the movement is its relentless self-criticism. Evangelicalism is a reform movement, and one object of evangelicals is to reform themselves.

I do remember when I became aware of a personal crisis that gave me insight into the challenge we all face. It came in dribs and drabs of insight, like the morning I sat down in my home office, wake-up coffee in hand, to once again try to kick-start my daily devotions. It was early winter, and from my easy chair I looked out on the trees in our neighborhood. The morning sky was just being lit by the rising sun, and the bare limbs of the trees stood out in stark outline.

Next came a thought that may be trite as a metaphor but startling in its meaning. The dead limbs pictured the state of my spiritual life. My Christian life was, well, lifeless. I didn’t have any yearning to know and love God. I wasn’t angry with him. I didn’t doubt his existence. I wasn’t wrestling with the problem of evil. I was being a faithful Christian as best I knew how. But it occurred to me that I didn’t feel any love for God. 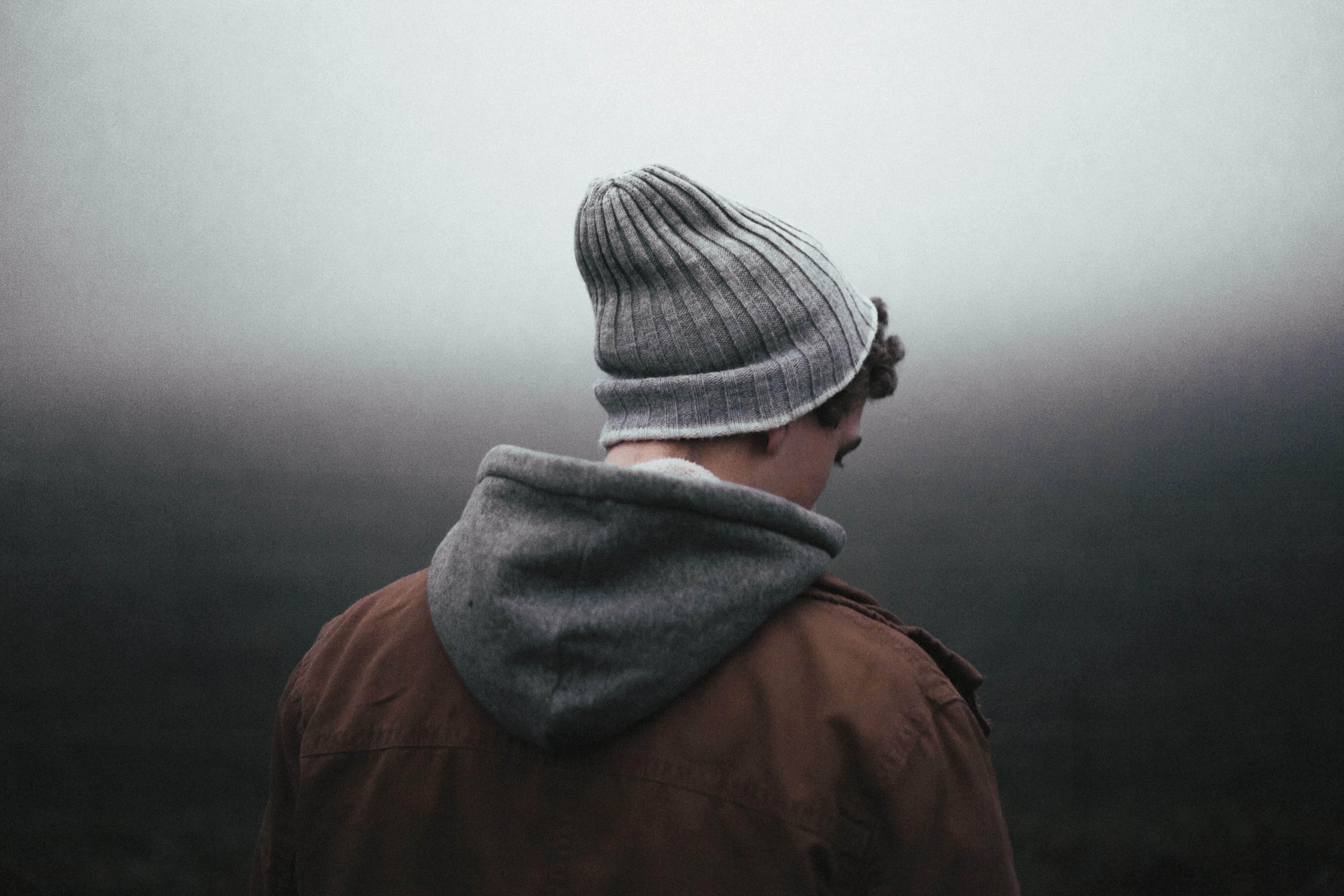 As I sipped my coffee, my mind slowly got in gear. I also realized that although I prayed and read Scripture regularly, even if in spurts, not much in my life would be different if I didn’t pray and read my Bible. I was living as a practical atheist. My personal relationship with God did not really affect anything I did or said except the formal trappings of Christianity. I was at the time managing editor of Christianity Today, so naturally I edited and wrote a lot of things that were Christian to the core. But I realized that if I never prayed again, I could still be a very good editor at a Christian publication and a very good church member at my local parish. I knew how to get along with others, manage staff, work with my superiors, interact with fellow church members, get things done, and so forth. But prayer wasn’t necessary to do all that. Those were all learned skills that had more or less become good habits. My personal relationship with God really didn’t make any difference.

My next thought was, Well, if I call myself a Christian, I should have a greater love for God and desire to know him more deeply. Perhaps I should pray for that. And yet that morning, like others, it occurred to me that I wasn’t sure I wanted that. I recognized this was an odd admission for a person who claimed to be a Christian. But there it was. I didn’t think I really wanted to love God more.

I’d immersed myself in enough Scripture and Christian theology to know that there was no greater desire than to yearn for God, no greater joy or happiness than to know God with increasing intimacy. And yet I had to admit that as I looked at those bare limbs and into my cold heart, I had little to no interest in that.

I realized at that moment that there was no hiding all this from God and that God had known the state of my heart and my will for some time and was patiently and mercifully waiting for me to see it for myself. That’s when I also realized that the most honest prayer was simply “Lord, help me to want to love you.”

There is a danger to universalizing one’s personal experience to apply to others, let alone an entire body of believers. But I actually believe it worked the other way. For some decades now, as evidenced in my writing, I’ve believed that American Christianity has been less and less interested in God and more and more in doing good things for God. We’ve learned how to be effective for him to the point that we don’t really need him any longer. It was that continuing concern that finally took hold of me, making me realize that this was not just someone else’s crisis but a crisis we all share. Embedded as I have been in evangelical Christianity, I was particularly concerned about my own tribe…

To be clear, it doesn’t matter to me if, as many predict, the movement known as American evangelicalism fades away with the sunset. God has raised up many reform movements since the Day of Pentecost and has seen many die— some of which I suspect he has killed off. If evangelicalism fades away, he will in his mercy raise up another movement that will revive his people. The future of the church in America does not hinge on the health of evangelicalism; it hinges on the power of God. I’d say we’re in good hands. 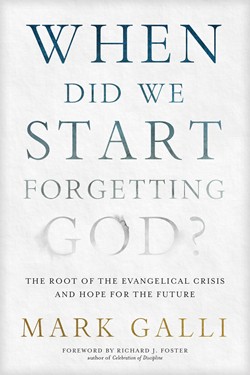 When Did We Start Forgetting God? by Mark Galli

The former editor in chief of the acclaimed magazine Christianity Today offers a compelling look at the state of evangelicalism and hope for the future.

In arguably one of the most divisive and polarizing eras, evangelicals are faced with a profound crisis of confidence. It is a crisis that has many dimensions―political, biblical, and theological―as well as a crisis of spiritual formation and discipleship.

What ultimately is at the root of this crisis?

Mark Galli encourages us to turn our attention away from the politics of the moment, the social issues being discussed online, and the debate du jour among Christians. He asks us instead to take a long and hard look at what’s missing in our spirituality. In an incisive and thought-provoking book, Mark Galli helps us slow down and spend time reflecting on our ultimate priority.

A must-read for anyone interested in contemplating the future of the church.