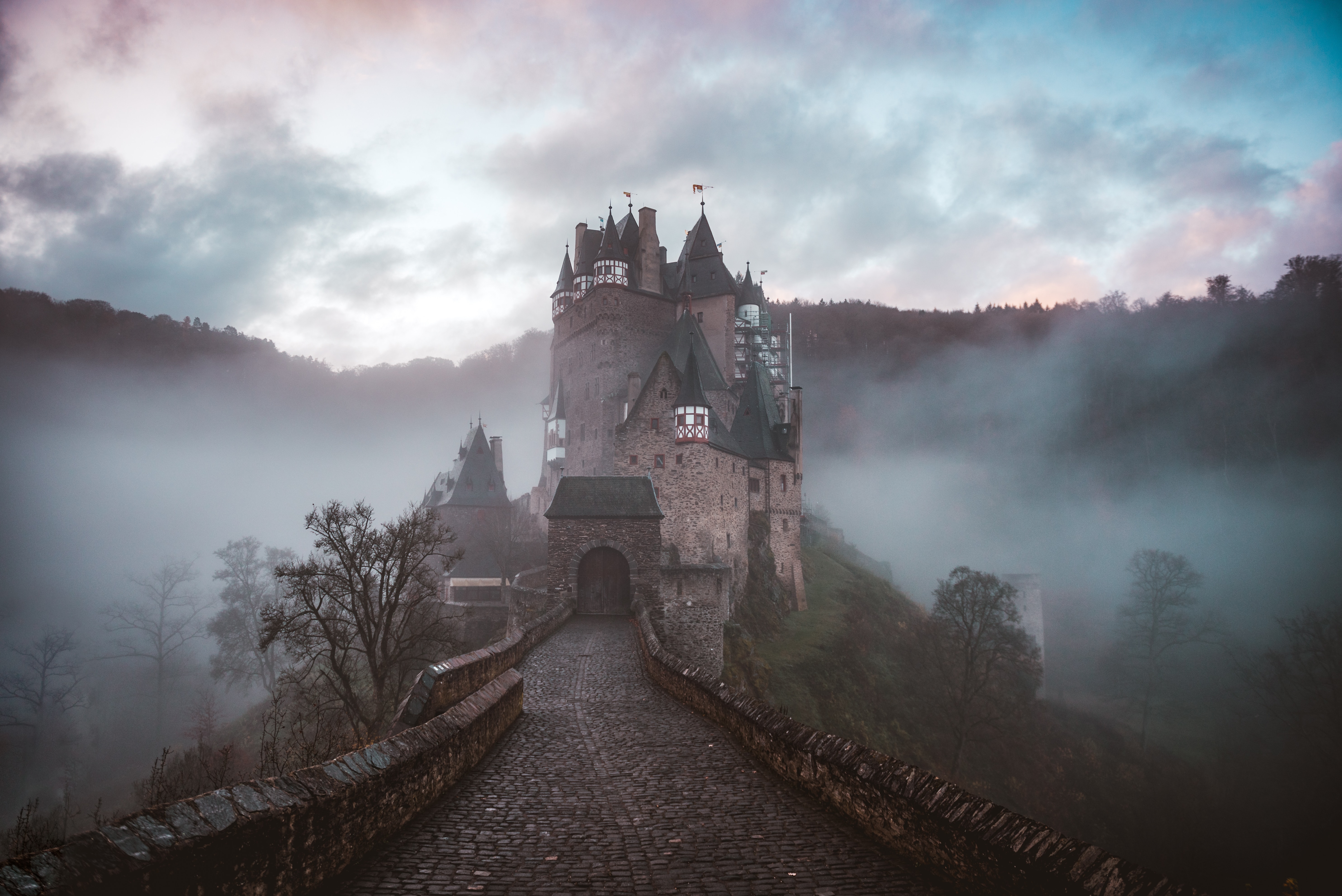 Five Science Fiction and Fantasy Novels That Changed My Life

I was maybe eight years old when we were at a neighbor’s house for a party, and, to try to get me to stop bothering them, the adults at the party pushed a copy of J. R. R. Tolkien’s The Hobbit into my hands. I read through the dwarves washing the dishes and marched back in to say, “Hey, this is about poems and chores.”

“No, no,” the parents said. “There are dragons and elves and treasures and so on.”

“Fine,” I said, and returned, half unbelieving, to Middle Earth. Well, yes, that changed my life. I am cheating by talking about it in this paragraph instead of putting it in the list below. I will mention that my youngest daughter refuses to read Tolkien because she “already knows the story” from watching VeggieTales: Lord of the Beans. But for me, science fiction and fantasy became a consuming literary obsession, one that would eventually culminate in writing my own fantasy trilogy. Here are five books that changed something about who I am along the way:

Till We Have Faces by C. S. Lewis

I debated between this one and my favorite Narnia book, The Last Battle. Oh, and my favorite from the space trilogy, Perelandra. But Till We Have Faces keeps coming back as my favorite and most powerful of Lewis’s books (oh wait, and then there’s The Great Divorce . . . I could have done a whole list of Lewis!). Two things about Till We Have Faces shook me when I read them. One, that Lewis can write a book that is unquestionably Christian in both its problems and in the divine encounters in it, and yet all the gods are Greek, and the story takes place before Christianity existed. And two, this book, released two years after the death of his wife, may be the most personal and emotional of Lewis’s works. In the book, the main character, Orual, expresses deep longing, loss, and suffering in the face of gods, whom she sees as distant and uncaring. As her complaint against the gods goes forward, though, she begins to suspect that perhaps the gods are present and loving even when she can’t see it. “How can [the gods] meet us face to face till we have faces?” she asks, and that question haunted me for years. Could it be that the places where I most fail to see the loving presence of God are places where I myself have not yet become like God?

The Tombs of Atuan

I came across Le Guin’s Earthsea books when I was in middle school, but I re-read The Tombs of Atuan (the second book in the series) every two years or so. Tenar was stolen from her family when she was a young child so that she could serve as high priestess to the dark spirits called the Nameless Ones. She wanders the temple and its deep tunnels mostly alone—until she discovers an intruder, a wizard named Ged (the protagonist of the previous novel), who has come to steal something from the temple. She traps him in a labyrinth, and the majority of the story is about her learning about the outside world from this strange wizard and moving out of darkness into the light. It’s one of the most accurate portrayals of the power and seduction of evil spirits I’ve ever read, and the journey to escape them is both true and beautiful. Also, it’s a book that explores issues of race, ethnicity, culture, religion, and ethics without ever getting in your face about any of it—just an amazing book.

The Shadow of the Torturer by Gene Wolfe

Gene Wolfe was a Catholic author whose work often has powerful spiritual messages built into it. The Shadow of the Torturer is the story of a young apprentice torturer named Severian. He lives in the far future, at a time when the sun is dying and Earth is a mishmash of advanced science and strange magics. I won’t get into the story too much other than to say that Severian seeks evidence of the promised Conciliator who will come and re-light the sun, bringing life to all. For those with eyes to see, the Conciliator is someone you may find familiar as Severian goes on his journey of discovery. This book (and those that follow) are difficult, beautiful, strange, and wonderful. Wolfe always assumes his readers are intelligent (maybe more than is warranted—I’ve read most of them five or six times and always feel like I’m understanding more each time), and he never, never cheats. His throwaway lines that seem like mistakes are actually keys to understanding what’s happening.

A Canticle for Leibowitz by Walter M. Miller Jr.

I read this book as an adult and was surprised and delighted by just about everything about it. Another Catholic author, Miller tells the story of a post-nuclear-war America where society and scientific knowledge are collapsing. Three different sections of the story span a thousand years, where a monastery in the American southwest works to protect human learning and knowledge until such a time as humanity is ready for it again. A book that shows humanity in all its brokenness but also as made in the image of God, this book is heartbreaking and hopeful.

Willis is best known for her time travel novels, in which near-future historians travel back in time to learn about the past. One of the key tricks here is that “something” prevents historians from changing anything about the past. As the books progress, one notices that the time stream seems to have a certain personhood to it—and that often it is making choices that are transforming the lives of the historians or the people at the time. In Doomsday Book a historian named Kivrin travels back to the 1300s, but her target is off, and she lands twenty years later than intended—right in the middle of the Black Death. As people in the village around her begin to contract the plague, Kivrin realizes she can’t change anything about the past—she won’t be able to save anyone—but she can still be a loving presence in the midst of it all. Despite the knowledge that everyone in the town will die, she steps in to care for and comfort the dying. It’s an astonishing book that quite literally changed the way I think about “hopeless” situations. There is always hope, even when death is certain.

All of these books have definitely shaped my fantasy novels in some way. My books are written for young adults but I hope are accessible to all ages. I’ve sought to emulate the emotional honesty of Till We Have Faces and the hope of Doomsday Book, to look unflinchingly at what is true, like The Tombs of Atuan, and to weave in deep spirituality like The Shadow of the Torturer and a love of humanity like A Canticle for Leibowitz. The first book in the series, The Crescent Stone, follows a group of friends into the Sunlit Lands, a magical world that can only be entered by teens who have experienced tragedy. There, Madeline Oliver must decide whether to accept a physical healing if it causes injustice, or to accept her terminal illness and do the right thing. In the sequel, The Heartwood Crown, Madeline and friends return to the Sunlit Lands in the hope that they can literally change the world if they can find the Heartwood Crown, a magical artifact that controls the nature of magic itself! You can read more about both books at thesunlitlands.com. The third and final book, The Story King, is coming soon!