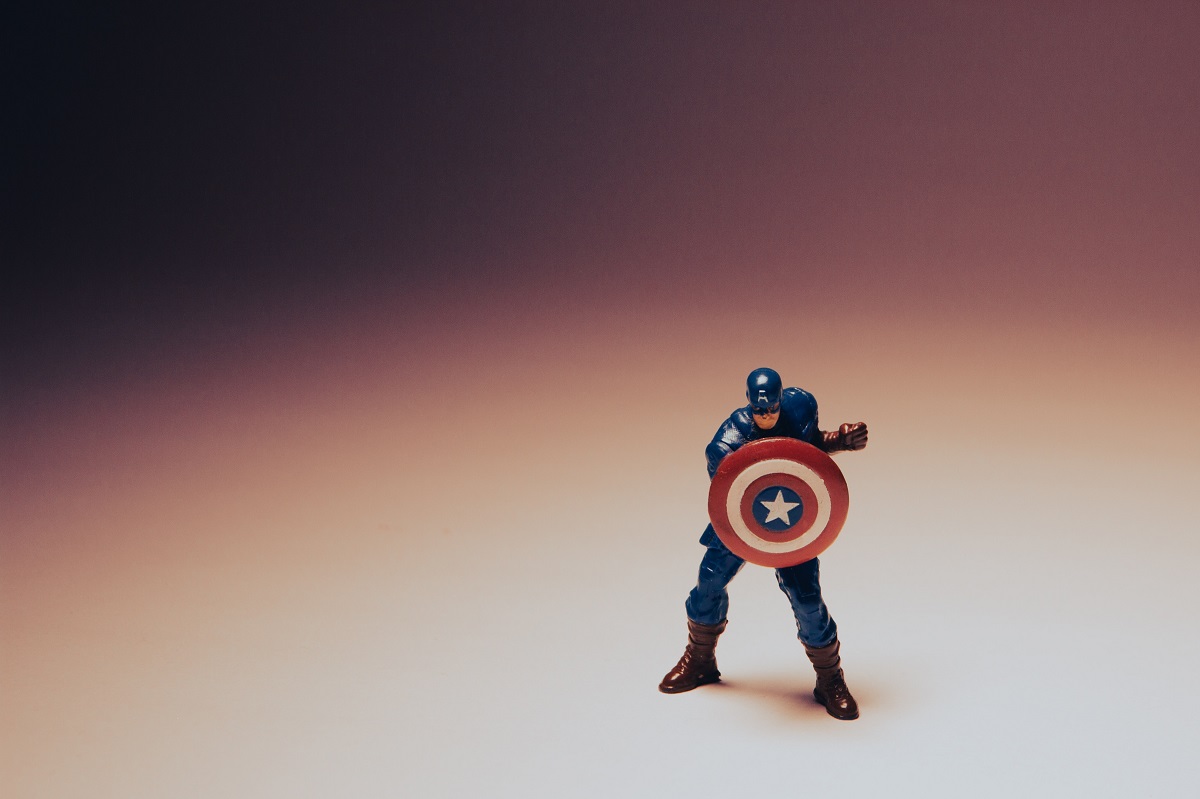 “Paul knows you don’t earn your way into the kingdom, but you do earn rewards you’ll receive once you get there. You earn them right now by “fighting the good fight” with the weapons God has given us: truth, prayer, and the Word of God.”

By Frank Turek and Zach Turek, excerpted from the book Hollywood Heroes.

One part of a story we especially enjoy is the epilogue—the “happily ever after” part. After all the work has been done and all the bad guys have been vanquished, we want to see who ends up marrying whom, whose story is finished and whose will continue. The creators of the Marvel Cinematic Universe have done a fine job ending a series as complicated as the Infinity Saga on a high note, especially for two of its flagship characters: Iron Man and Captain America.

Those two characters develop in opposite ways. Endgame producer Stephen McFeely put it this way:

Audiences have seen Captain America (we’ll talk about Iron Man in the next chapter) serve others faithfully over the years without hardly a thought for himself. Steve has stood by as others have fallen in love, started families, and led full lives. It seems like all he’s done is move from one fight to another, one mission to the next, serving and sacrificing as only he can.

Finally, much like the apostle Paul, Cap knows his mission is over. He’s ready to appoint his successor and move to the reward awaiting him.

So after Thanos is defeated in Endgame, and the universe is restored, Cap is left with a final job—to go back through time and put the Infinity Stones back where they were taken from. He is sent back in time by the Hulk, the Falcon, and Bucky who expect him to reappear a few seconds later by using the time machine. When he doesn’t, they realize that something is amiss. Bucky is the first to notice an older man sitting on a bench a few yards away. As they approach, they realize it’s an older Steve Rogers.

“I put the stones back,” Old Man Cap says. “And I thought maybe I should try some of that life Tony was telling me to get.”

We’re then treated to a clip of Cap dancing with the love of his life, Peggy Carter. He used the time machine to go back in time to get married and grow old with her—living out the life he was meant for but that his life of service wouldn’t let him have. Steve returns to his friends only to pass on the mantle of Captain America to his successor—The Falcon—ensuring that his mission will carry on.[ii]

This, again, is where the world of superheroes mirrors reality. Christians have a spiritual mission we need to pass on to others. But unlike Captain America, Jesus didn’t pass on His mission to one guy. He passed it on to all of us. He gave His disciples the Great Commission to “go and make disciples of all nations, baptizing them in the name of the Father and of the Son and of the Holy Spirit, and teaching them to obey everything I have commanded you” (Matthew 28:19-20).

That command has been passed on and extends to us now. And it’s no easy task. The most productive apostle, Paul, experienced resistance worthy of any superhero. He was whipped with thirty-nine lashes five times, beaten with rods three times, shipwrecked three times, pelted with stones and left for dead, and he contended with danger daily.

But that’s not the end of it. Paul and Jesus also promise that future followers of Christ would be persecuted as well. Jesus predicts, “If they persecuted me, they will persecute you also” (John 15:20). And Paul writes, “Everyone who wants to live a godly life in Christ Jesus will be persecuted” (2 Timothy 3:12).

That’s why Paul, just before he’s executed in Rome, warns Timothy, his successor, that the resistance will continue. “People will not put up with sound doctrine. Instead, to suit their own desires, they will gather around them a great number of teachers to say what their itching ears want to hear” (2 Timothy 4:3).

But resistance should not stop soldiers from carrying out their mission. Paul charges Timothy to push back against the resistance in order to save as many as possible: “Keep your head in all situations, endure hardship, do the work of an evangelist, discharge all the duties of your ministry” (v. 5).

Like Captain America, Paul knows that he can now rest and receive his reward: “I have fought the good fight, I have finished the race, I have kept the faith. Now there is in store for me the crown of righteousness, which the Lord, the righteous Judge, will award to me on that day—and not only to me, but also to all who have longed for his appearing” (vv. 7-8).

That last part is for you and me. Paul knows you don’t earn your way into the kingdom, but you do earn rewards you’ll receive once you get there. You earn them right now by “fighting the good fight” with the weapons God has given us: truth, prayer, and the Word of God.

Are you in the good fight? Since Christ hasn’t come back yet to usher in eternity, then now is not the time to hang it up. God has an endgame, and you’re in it. God can still use you on his team to affect time and eternity. Are you in?

You’re in whether you know it or not. The only question is, whose side are you on?

[ii] As we’re writing this, the Disney+ series The Falcon and the Winter Soldier is about to be released, so we’ll see if and how this changes.

We are entranced by stories that take us to a world where heroes fight evil and sacrifice themselves for a greater good because we long for our world to be free from pain, suffering, and struggle. That’s the real hope and promise of Jesus—when He returns to set things right.

In Hollywood Heroes, you’ll see how:

Hollywood Heroes begins with the true story of a US Navy SEAL who faced evil and sacrificed himself to save his teammates. Authors Frank and Zach Turek then use Spider-Man’s origin story to address the question: “Why would a good God allow evil?” You’ll then read how seven movie franchises—Captain America, Iron Man, Harry Potter, Star Wars, The Lord of the Rings, Batman, and Wonder Woman—portray the battle against evil, providing a set of modern-day parables that reveal truths about God and His mission for us.