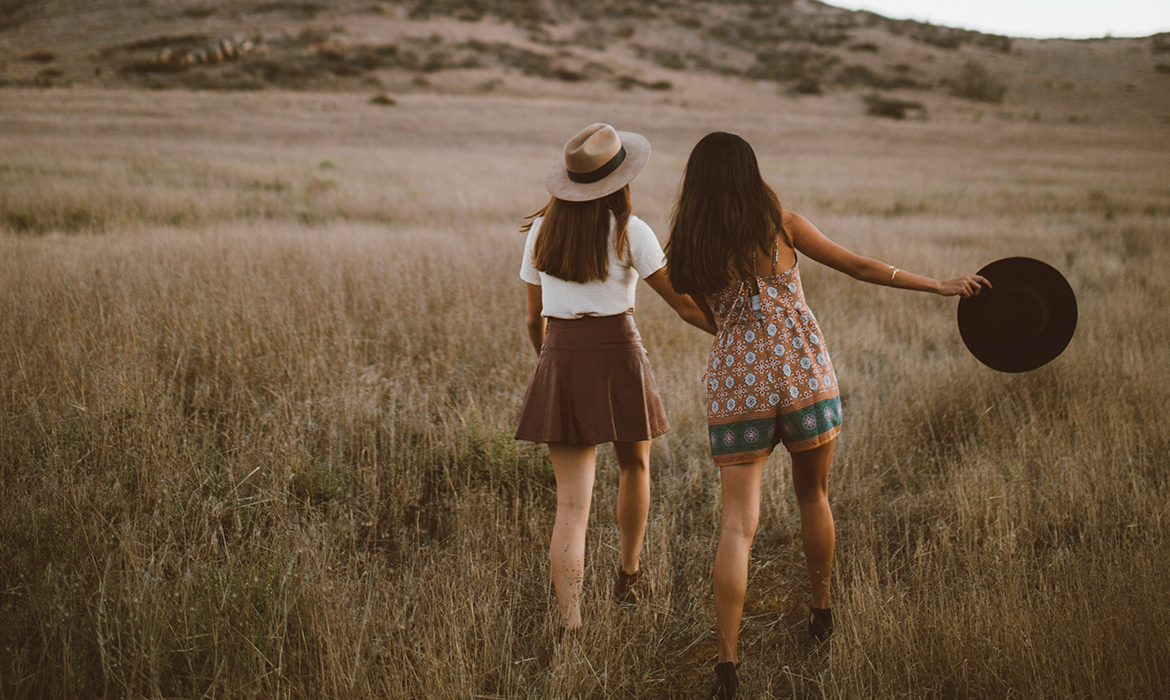 Being the Person Your Friend Needs

There’s a certain security that comes when you see that your best friend is managing to do something you aren’t sure you can do, and seeing my best friend Gulley transition into motherhood gave me the courage to follow her. My husband Perry and I were thrilled to learn I was pregnant and equally devastated when we found out at a doctor’s appointment eight weeks later that there was no heartbeat. We’d lost the baby.

My D & C was scheduled for Tuesday morning, and we were supposed to be at the hospital at six thirty. Gulley called me on Monday night and informed me that she would meet us there and stay until it was over. She didn’t wait for me to ask her to come. I didn’t even know that I needed her to be there, but she knew.

When Perry and I walked into the hospital waiting room and I saw her sitting there, I began to cry, because that’s what friendship looks like: knowing your friend better than she knows herself and being there to hold her hand while her heart breaks.

Because I didn’t have kids yet, I didn’t even fully appreciate all the details Gulley had to work out to be with me that morning instead of at home with her five-month-old. I just knew I was so grateful.

Over the next few weeks I discovered that I’d had something called a partial molar pregnancy and that it came with some complications beyond your normal miscarriage. I won’t bore you with all the medical jargon, but the bottom line is that I had hormone levels that were out of control, so I had to have a series of injections along with regular blood work every week for the next four months as the doctors waited to see if everything was going to be okay. Basically my master plan to immediately try to get pregnant again was thwarted.

And this is where things could have gotten sticky between Gulley and me, because when you’re going through one of the hardest trials of your life, and you want something more than anything else in the world and your best friend has that thing, either you can let jealousy and envy creep in or you can ask God to give you strength beyond yourself to not let your hurt get in the way of a relationship. That’s what I chose to do, because I didn’t want to make the same dumb, selfish choices I’d made in the past.

What grew instead of bitterness was my love for my best friend’s precious baby boy, and she recognized that being with him helped heal something in me. So she never failed to let me give him his bottle, rock him to sleep, and spend hours holding him on my chest while I breathed in his intoxicating baby smell.

A few months later when we attended a baby shower together for our friend Meredith, Gulley hugged me as I cried on the way home and wondered if a baby was ever going to be a reality for me. She listened as I questioned God’s plan and loudly voiced every frustration I’d kept pent up over the past six months. She didn’t try to give me nice, pat answers about the sovereignty of God and how he must really trust me to give me such a hard thing. You know what nobody wants to hear when they’re really hurting? THAT.

Because the truth is that God often gives us more than we can handle, because he knows we start to believe we can deal with life on our own and our hearts wander further and further from him as we believe we have it all under control. Sometimes the best thing you can do for a person is to listen as they let out all their pain and then let go of the feeling that you need to fix it. Listening with compassion is a highly underrated skill, but that’s what Gulley did for me that day—and it’s what she has done over and over again throughout the course of our friendship.

When I called her a few weeks later to tell her I was pregnant, I think she was even happier than I was. One of the best things about Gulley is that she gives the best reactions to your news. (Think Kristen Wiig in the surprise party skit from Saturday Night Live.) She can barely contain herself. This is just one of many reasons she’s always one of the first people I call with any type of life announcement.

Over the next few months she was there for every baby shower and there to listen every time I felt nervous about the pregnancy. She offered advice and helped me plan and bought all manner of pink clothing and accessories when we found out I was having a baby girl. (Which may or may not have been before the actual sonogram but rather when she helped me perform the Drano Crystals urine test that Perry declared the dumbest thing he’d ever heard of. I won’t claim that it’s foolproof, but it did accurately predict I was having a girl.) And when Caroline was born at 2:14 a.m. on Saturday, August 3, Gulley had been waiting with my sister and the rest of my family for hours to meet her.

Some roads we travel in life can feel like the ones that might break us, but that’s why God surrounds us with people who will cheer us on and wipe our tears and listen as we pour out our hearts. Because often, it’s not what you say but what you do that really matters. Like rocking your best friend’s new daughter to sleep when she feels like she’s at the end of her rope after three hours of sleep yet feels a little guilty about complaining because she prayed so hard for this moment to happen.

Excerpt from Nobody’s Cuter Than You by Melanie Shankle

There is nothing as precious in life as a friend who knows you and loves you in spite of yourself. Yet over the last couple of decades, we’ve substituted the joy of real friendship with cheap imitations. We settle for “community” on Facebook and Twitter and a series of text messages that allow us to communicate with someone without the commitment. We like each other’s beautifully filtered photos on Instagram and delude ourselves into believing we have a community. But real friendship requires effort. It’s showing up, laughing loud, and crying hard. It’s forgiving and loving and giving the benefit of the doubt. It’s making a casserole, doing a carpool pickup, and making sure she knows those cute shoes are 50 percent off.

Written in the same comedic style as the New York Times bestsellers Sparkly Green Earrings and The Antelope in the Living Room, Nobody’s Cuter than You is a laugh-out-loud look at the special bond that exists between friends and a poignant celebration of all the extraordinary people God had the good sense to bring into our lives at exactly the right moments. From the friendships we develop over a lifetime to the ones that wounded us and the ones that taught us to love better, Melanie Shankle reveals the influence our friends have on who we were, who we are, and who we will become. And on a day when our jeans feel too tight, our chins have decided to embrace hormone-related acne reminiscent of our teen years, and our kids have tested the limits of our sanity, they are the ones who will look at us and say, “Nobody’s cuter than you!”