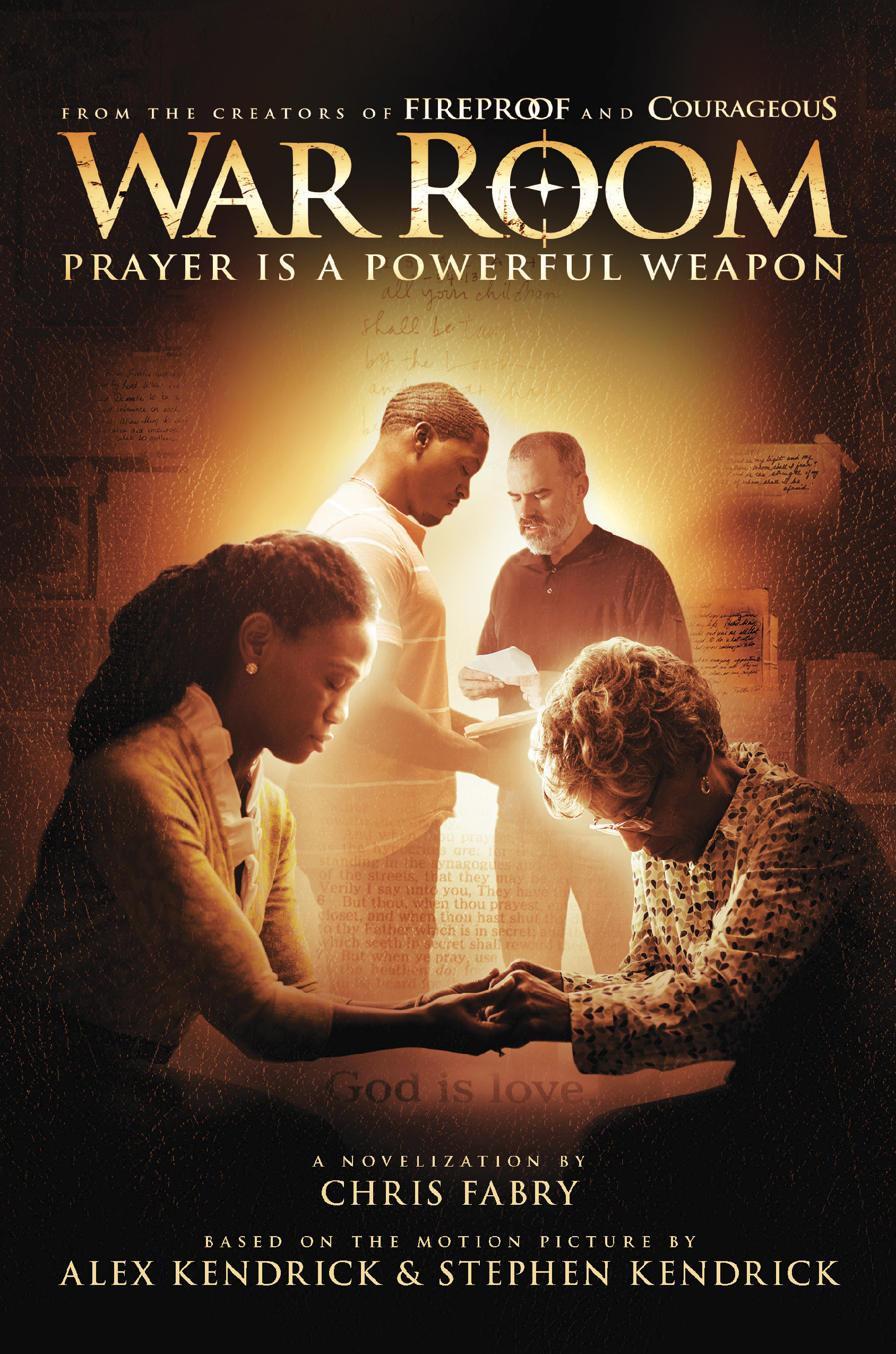 4 Books That Were Actually Based On Movies

Bestselling novels aren’t always what they seem—that is, they aren’t always created from one person’s imagination. In some cases, novels have film origins, creating an interwoven media experience for both moviegoers and readers. Below are four books that were actually based on movies, including their synopses, partnerships, and successes.

This novel follows Elizabeth and Tony Jordan, a couple whose marriage is fraught with tension caused by their conflicting careers and other external stressors. Real-estate agent Elizabeth doesn’t realize that the newfound friendship she’s about to uncover will help her restore her marriage. What few War Room fans know is that the film wasn’t based on the book, but the other way around.

Popular Christian author Chris Fabry novelized the film, and it has since sold over 250,000 copies, making it a landmark title. War Room remains one of the most popular Kendrick Brothers films. It was released in late 2015 and landed $67.8 million at the box office. This made it the seventh-highest-grossing Christian film in the Unites States to date.

When life brings you the unexpected, to what do you turn for reassurance and hope? When life is crumbling all around you, to whom do you turn for guidance? Questions like these are posed throughout Overcomer, a story about how the unlikeliest of situations can lead to redemption.

When John Harrison’s town loses a manufacturing plant—the town’s main employer—Harrison he must face the uncertainty of how to recover and what he will allow to define him. His family’s situation grows stranger still when he’s asked to coach cross-country—for a team of one. When the sole athlete refuses to give up, their journeys intertwine on a stirring narrative about identity.

Based on the Kendrick Brothers’ latest film effort, Overcomer by Chris Fabry is the novelization of the film hitting theaters across the United States on Friday, August 23, 2019.

Inspired by the biblical account of the life of King Solomon, not the smallest fact of which was Solomon’s hundreds of wives, The Song is about country musician Jed King, who writes a heartfelt song for his wife the day after getting married. When the tune becomes King’s runaway hit, he’s launched into stardom, where temptations quickly manifest, including with Shelby Bale, the opening act on his tour. Throughout the film, King fights against this temptation, grappling about whether or not fame and success bring all that he’s been looking for.

Author Chris Fabry also novelized The Song, which released in January 2015, four months after the film came out. This was Fabry’s first novelization of a film, and it helped grow his existing recognition as a Christy Award–winning author.

When reformed partier Clay Walsh decides to 180 his life and open an antique shop in a small Midwestern town, the tenant that moves in above his shop is the last person he’d expect. Free-spirited Amber Hewson takes a different approach to life, highly curious about Walsh and his past, as well as his unconventional approach to romance. The neighbors begin engaging in frequent conversation—aiming to unravel scars from each other’s past, and discovering if a new romance awaits.

Initially released in September 2014, the film made a little over $1 million at the box office. Director, producer, writer, and star Rik Swartzwelder teamed up with bestselling author Rene Gutteridge to write the novel, which released in January 2015.

Life changes overnight for coach John Harrison when his high school basketball team and state championship dreams are crushed under the weight of unexpected news. When the largest manufacturing plant shuts down and hundreds of families leave their town, John questions how he and his family will face an uncertain future.

After reluctantly agreeing to coach cross-country, John and his wife, Amy, meet an aspiring athlete who’s pushing her limits on a journey toward discovery. Inspired by the words and prayers of a newfound friend, John becomes the least likely coach helping the least likely runner attempt the impossible in the biggest race of the year.