Not sure how to teach the Bible to your kids? Here’s a great and fun way from author Bob Hartman! 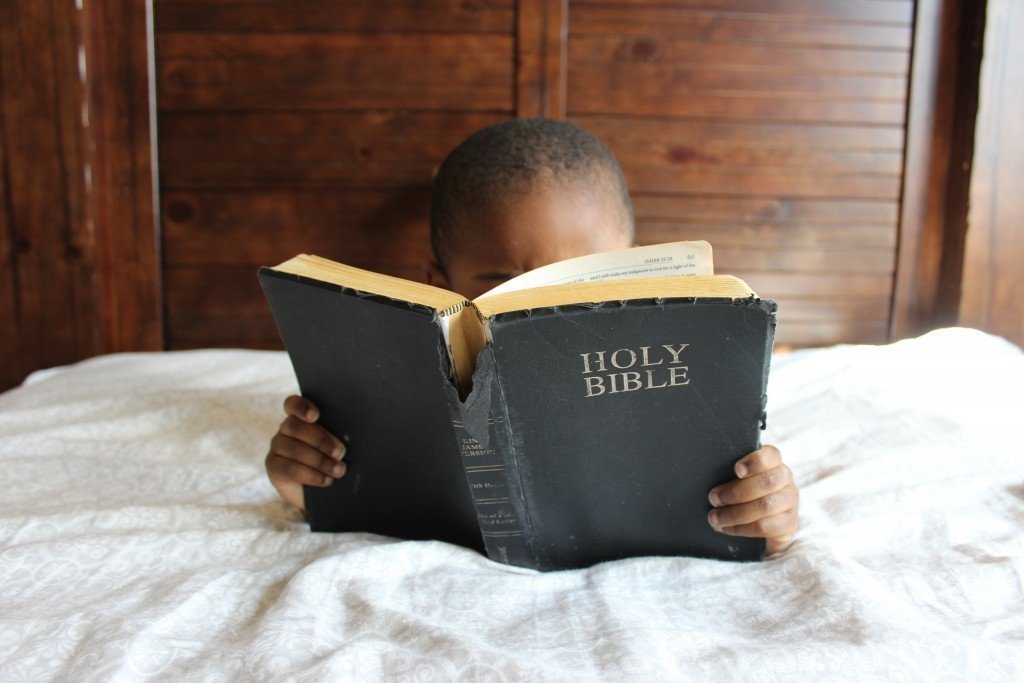 Psalm 78 tells us that we should pass along God’s story to our children. Many parents struggle with that idea. They think they don’t know enough about the Bible. And they are afraid that telling God’s story badly, or in a boring way, might do more harm than good.

I have a friend who is a children’s pastor. When she was a teenager and babysat for a Christian family, she was told that she could read the children a fun story, but only if she read them a Bible story, first! I think that sums up the problem. 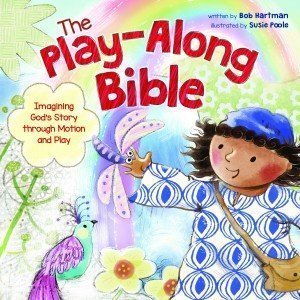 In The Play-Along Bible I retell 50 Bible stories in such a way that they actually ARE the fun story. Built into the stories are lots of things for you and your children to do, as you read the stories, so that you can all have fun together.

All you need to do is to read each line, and then invite your child to do the suggested action or repeat the suggested words along with you. It’s that simple. You may need to go first, to give them an idea of how to do it. And it will help if you do that with a big smile on your face and a playful attitude. Because it is The Play-Along Bible , after all! And nearly thirty years of storytelling has convinced me that when we are playing (as opposed to sitting very seriously and still) we are always more open to discovering what is beautiful, good and true.

We are often told, and I think it’s right, that reading to our children, from a very young age, instills a love of words and a love of books. But I think it does more than that. Lap time, bedtime, whenever you take the time to read to your children not only brings them closer to the words, it also brings them closer to you. So it makes sense, that if the words are about God, then it will surely bring them closer to Him, as well. And what could be better? You and your child and your heavenly Father, all there together, in one place, playing. Playing along with a fun story.

Bob Hartman is a pastor, author, and storyteller with a rich history in publishing and whose books have sold more than 1 million copies. Primarily he’s written children’s books with a strong moral theme or Bible story books. Bob is best known for The Lion Storyteller Bible, which sold more than 200,000 copies, and The Wolf Who Cried Boy, with more than 90,000 copies sold. He is also the author of You Version’s Bible App for Kids, which has been downloaded over 9 million times. Bob is married to Sue, and they have two married children and three grandchildren.