Small, but Mighty – Virginia Prodan, author of Saving My Assassin

It was an honor to have Virginia Prodan, author of Saving My Assassin , join us at Tyndale recently.

Virginia began her visit with a Q&A session where Tyndale employees were invited to hear about her incredible story of escaping religious persecution in the 1980’s. 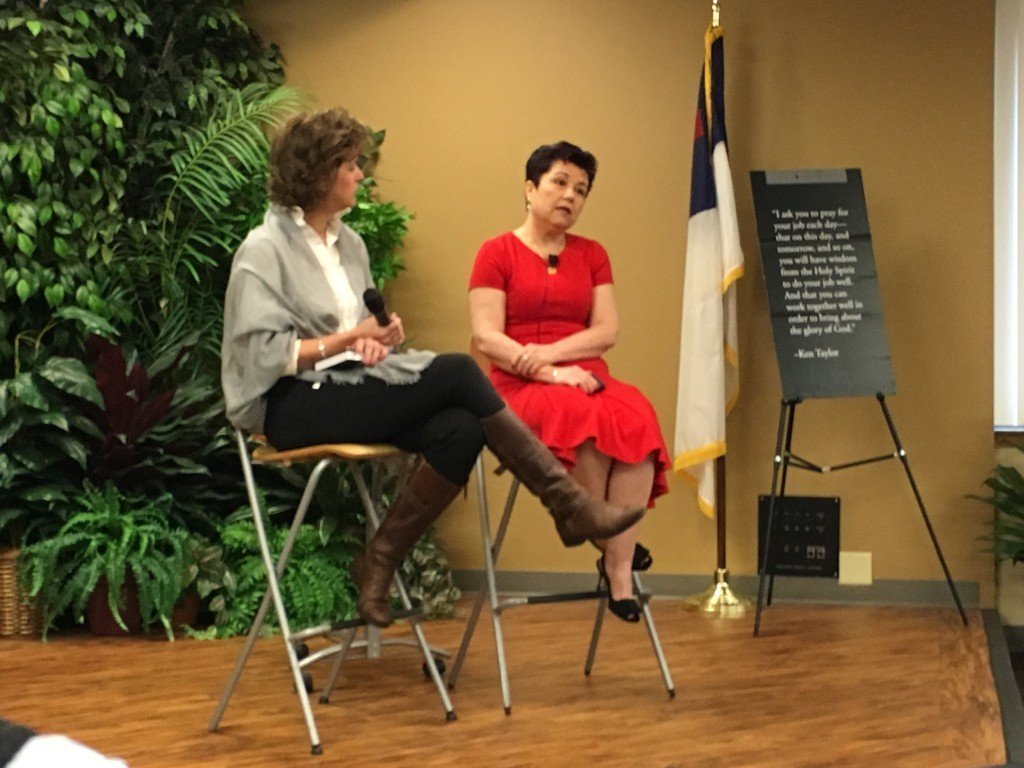 As an American – free to worship God freely – it’s hard to even imagine the thought of being persecuted for simply going to church. Virginia and her family endured an incredible invasion of privacy; and, often were threatened at the hands of Romanian’s Secret Police for their beliefs.

As a practicing attorney, Virginia bravely stood up to the Romanian government and fought for Christians and Romanian churches that were being unjustly persecuted. Virginia found that being a female lawyer was to her advantage. Early on in her career, she was not seen as a threat.

It was not until she started winning – and kept on winning – these cases against the Romanian government, that they sent an assassin to kill her.

It’s incredible how God took Virginia through this encounter with a 6’5” gun-wielding assassin. She should be dead, buried in an unmarked grave. But, God protected her.

Despite this incredible persecution, Virginia’s faith is stronger than ever.

We are thankful to Virginia and her incredible perspective. As a woman who’s been through so much, I’ll leave you with this last thought from Virginia,
“Our time here is temporary – joy, pain, suffering – it’s all temporary. We’re fearful to stand up for God because we may be persecuted. The highest honor God gives us is to suffer for Him. It’s so visible for our haters to see us. We are visible for Christ. We can’t even imagine how God will protect us. I hope my readers will be so on fire for the Lord that they’ll DO what God is calling them to do.”

Virginia Prodan is an international human rights attorney, an Allied Attorney with the Alliance Defending Freedom, and a sought-after speaker. Exiled from Romania since 1988, Virginia currently resides in Dallas, TX. She has two daughters, Anca and Andreea, and a son, Emanuel. Visit her on twitter @virginiaprodan, Facebook and on LinkedIn . She has just written a new book, releasing in June of 2016, titled Saving My Assassin.