Change is easy—if you know how to do it. But it is hard if you keep doing things that reinforce negative behavior circuits in the brain. For example, if you were an anxious child, anxiety built specific connecting highways (neural networks) in your brain. It is likely that you still feel anxious as an adult unless you did something to rewire those networks. If you deal with pressure by drinking alcohol or lashing out at people around you, you are likely to continue that behavior whenever you feel stressed—unless you develop a new model of doing things. 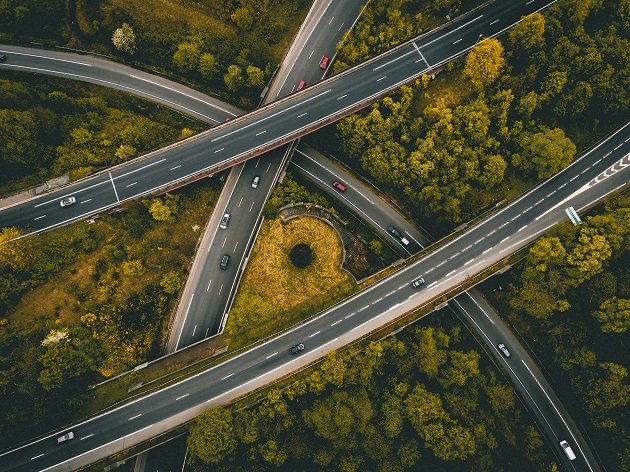 Once the brain learns how to do something, it becomes wired to do it automatically and reflexively through a process called neuroplasticity. Depending on what you’ve taught your brain to do, this neuroplasticity can help you develop and maintain good habits or it can cause you to get stuck in ruts that steal portions of your life.

When neurons fire together, they wire together, through a process called long-term potentiation (LTP), and habits and responses become an ingrained part of your life. LTP occurs when the brain learns something new, whether it’s good or bad, and causes networks of brain cells to make new connections. Early in the learning process the connections are weak, but over time, as behaviors are repeated, the networks become stronger, making the behaviors more likely to become automatic, reflexive, or habitual. At this point, the networks are said to be “potentiated.”

With the brain, what you practice and reinforce becomes your reality—the stronger the emotion, the more powerful the wiring or connections become. Some fears or habits will develop after repeated mild-to-moderate exposures, but others will develop after just one exposure if it is intense enough, such as after physical abuse, a fire, robbery, or rape. 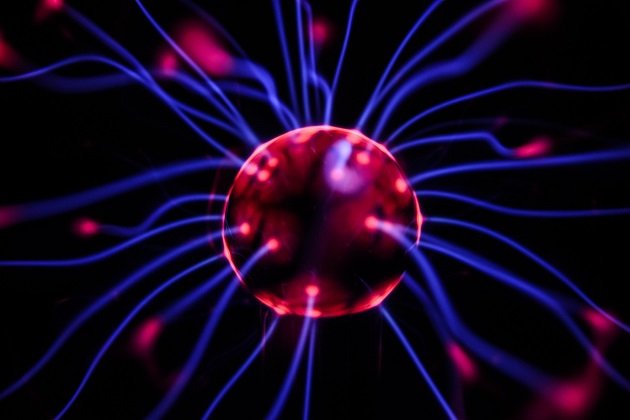 Kindling is an important process to understand as it relates to the brain and change. When a scientist passes a low-volt electrical current through a nerve cell, initially nothing happens, but as the voltage is raised to a certain threshold, the cell will begin to fire. If the electrical intensity remains high for a long enough period of time, the cell will become kindled, meaning it is more sensitive.

Your brain has roughly one hundred billion brain cells, or neurons. Throughout the day they are either at rest or firing to spark your thoughts, behaviors, and emotions. The activity becomes more intense in high-stress situations, such as the one described above. If you experience enough anxious moments as a child, your neurons may fire faster even at rest, making you feel on edge.

As an adult, your neurons are still on guard, ready to fire with little provocation, like a hairpin trigger. Your son drops a plate, and the crashing noise makes you flip out. Someone raises his voice to make a point, and you start to feel panicky. You see someone intoxicated at a party, and you quickly leave, even though you wanted to stay. Because the resting state of your brain is elevated, which we have seen in our brain imaging work on post-traumatic stress disorder, you may be more inclined to drink alcohol, take painkillers, or overeat as a way to soothe your brain.

Now your brain has become stuck in a rut, which the Oxford Dictionary, in one definition, describes as “a habit or pattern of behavior that has become dull and unproductive but is hard to change.”

Whichever behaviors you formed or allowed into your life, productive or not, these are the patterns that are likely to continue.

The exciting news is that you can change unwanted behaviors. Practicing good behaviors, such as getting seven to eight hours of sleep each night, exercising, and saying no to constantly checking your gadgets strengthens the willpower circuits in the brain. 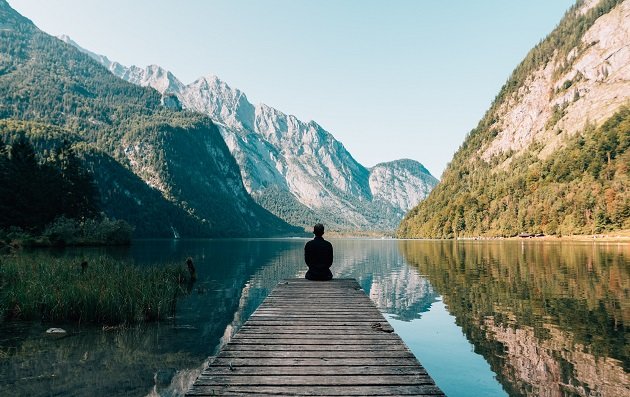 Alternatively, giving in to negative behaviors, such as emotional explosions, mindlessly eating cookies at work, guzzling sodas, consuming excessive amounts of alcohol, procrastinating, or giving in to the urge to look at Internet pornography, strengthens those particular circuits.

Whatever behaviors you engage in are the ones you are likely to continue doing. If you allow yourself to yell at your children or to be rude to your spouse or coworkers, you are much more likely to do it again and again.

No one wants to be controlled by things that were done to them or by their own past negative choices. To feel better fast, you need to learn to make deliberate choices that will create new pathways in your brain. When you repeatedly engage in positive behaviors, you build the superhighways of success that help you reflexively do the things you want to do.

Your brain makes happen what it sees. Define what you want; then ask yourself if your behavior is accomplishing that goal. If not, be clear with yourself that every time you engage in the wrong behavior, it is strengthening your brain to do the wrong thing. Whenever you do the right thing, it is beginning to strengthen productive circuits instead. Practice does not make perfect; it makes the brain do what you practice. Perfect practice makes perfect.

Our brains are wired to keep doing what we’ve always done—but we can change the ruts into superhighways of success. Making small changes is the secret to feeling better fast, and it can lead to taking on big changes that will ensure those feelings last. 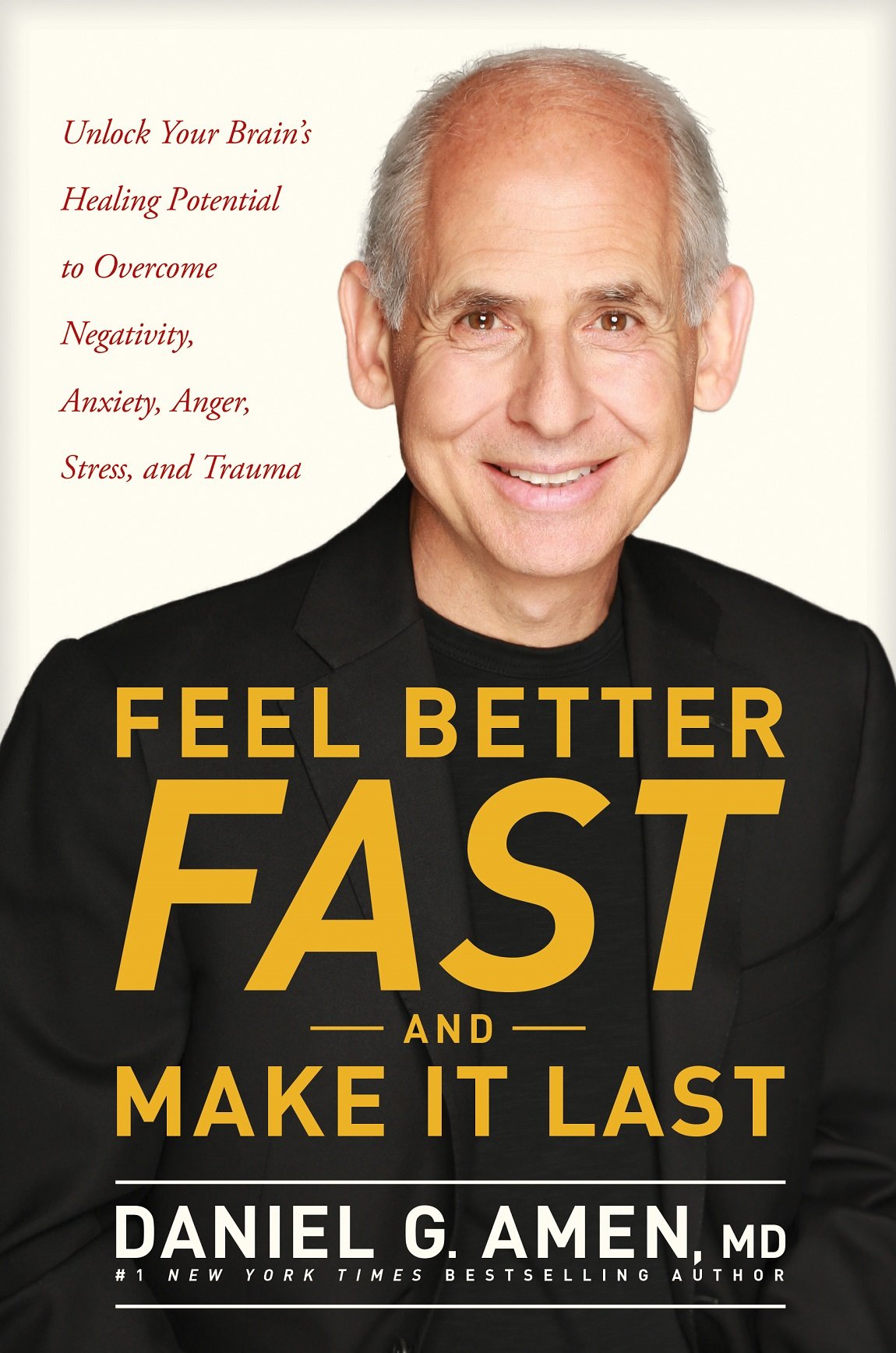 We’ve all felt anxious, sad, traumatized, grief-stricken, stressed, angry, or hopeless at some point in life. It’s perfectly normal to go through emotional crises or have periods when you feel panicked or out of sorts. It is how you respond to these challenges that will make all the difference in how you feel—not just immediately, but also in the long run. Unfortunately, many people turn to self-medicating behaviors, such as overeating, drugs, alcohol, risky sexual behavior, anger, or wasting time on mindless TV, video games, Internet surfing, or shopping. And even though these behaviors may give temporary relief from feeling bad, they usually only prolong and exacerbate the problems—or cause other, more serious ones.

Is it possible to feel better—and make it last?

Renowned physician, psychiatrist, brain-imaging researcher, and founder of Amen Clinics Dr. Daniel Amen understands how critical it is for you to know what will help you feel better fast, now and later. In Feel Better Fast and Make It Last, you’ll discover new, powerful brain-based strategies to quickly gain control over anxiety, worry, sadness, stress and anger, strengthening your resilience and giving you joy and purpose for a lifetime.