Here’s some notable Tyndale July events over the past 50 years.

Tyndale House Publishers is launched with the publication of Living Letters.  Ken Taylor is still director of Moody Literature Mission, but he rents half of a standard ten-foot booth at the Christian Booksellers Association Convention in Chicago for Tyndale House. The company is named after William Tyndale, who translated the Bible into English in the 1520s. Tyndale House operates out of the Taylors’ dining room in Wheaton, IL. 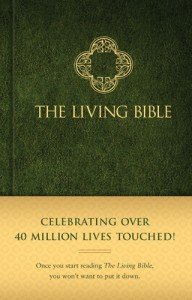 The Living Bible is published in one volume with a green padded cover. It is co-published with Doubleday in order to maximize distribution through the general market.

Exactly 25 years after the publication of The Living Bible, Tyndale House launches the Holy Bible, New Living Translation (NLT). This revision of The Living Bible was prepared over a period of seven years by a group of 90 top Greek and Hebrew scholars. Within the first several months, five complete editions are in print (Deluxe Text, The One Year Bible, the Life Application Study Bible, the TouchPoint Bible, and the New Believer’s Bible). 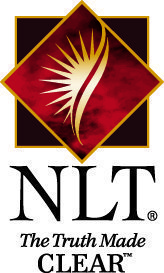 The second-edition text of the New Living Translation is launched. It reflects a substantial revision of the wording—a process that was initiated by the BTC in Oct 1996. Since there are so many printings of the first edition, the second edition is published without fanfare. It will take at least five years for all first-edition inventory to be replaced with second edition.