Joel C. Rosenberg is someone you should know. Joel writes political thrillers that are fact-based fiction. He is a New York Times bestselling author of fourteen novels, with nearly 5 million copies in print.

Joel is sought after for interviews on hundreds of radio and TV shows, including ABC’s Nightline, CNN, CNN Headline News, C-SPAN, Fox News, MSNBC, and more. He has been profiled by the New York Times, the Washington Times, and the Jerusalem Post.

Rosenberg has spoken to audiences and met with religious and government leaders across the U.S. and Canada and around the world, including Israel, Iraq, Egypt, Jordan, Morocco, the UAE, Turkey, Afghanistan, Russia, Germany, France, Belgium, Italy, India, South Korea, and the Philippines. He has also addressed audiences at the White House and the Pentagon, members of Congress on Capitol Hill, members of the Canadian Parliament in Ottawa, and a conference held at the European Union Parliament in Brussels.

Joel and his family make their home in Israel. 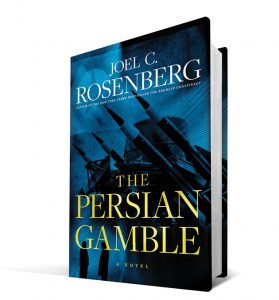