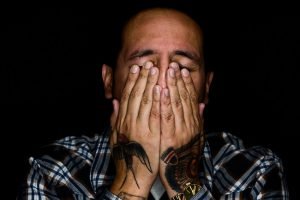 Most church leaders have had someone come and tell them that they have committed the unforgivable sin. The sin might range from the apparently trivial to something serious, like David’s adultery confessed in Psalm 51. But Jesus made clear there is only one sin that cannot be forgiven – and being worried you have committed it is a sure sign that you haven’t.

It is important to read Jesus’ teaching about the unforgivable sin in context (see Matthew 12:22; Mark 3:20-30). Yes, he speaks of sinners who “will never be forgiven, either in this world or in the world to come” (Matthew 12:32); but the context explains what he means. The Pharisees had just attributed his miracles, not to God, but to the devil. But rejecting Jesus’ victory over Satan is to reject God’s long-awaited Kingdom that was now breaking into this world. Not to align with Jesus, therefore, is to align with Satan.

It is this willful, stubborn, persistent rejection of the Spirit’s witness to Jesus (“blasphemy against the Holy Spirit”; Matthew 12:31) that alone is unforgivable; for if we reject Jesus, and the Spirit who points us to him, how can we hope to be forgiven and saved? All other sins – no matter how bad they are – are forgivable, as David discovered and as Jesus made clear; “I tell you the truth, all sin and blasphemy can be forgiven” (Mark 3:28).*

Want to hear a *really big story* of forgiveness, God’s grace and a man’s spiritual 180?

The Song of a Human Trafficker, excerpt from The Book of Amazing Stories; 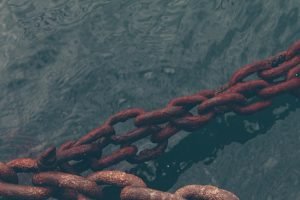 His disgusted father finally gave him his walking papers. Johnny signed on to another vessel where he attempted desertion by jumping ship. He was captured by the shore patrol and publicly flogged. When the word got around that the ship captain’s son was incorrigible, no respectable vessel would sign him on. So Johnny became a deckhand aboard a slave ship, hauling human cargo to the Americas. Johnny was a latchkey kid. His mother had died, and his father was a ship’s captain off at sea. Abandoned and adrift, he roamed the streets as a pickpocket and troublemaker. When Johnny’s sea captain father returned, he took eleven-year-old Johnny aboard his ship, figuring that the rough life of a sailor might knock some sense into his prodigal son. Instead, his boy became even more unruly, creating mayhem in almost every port of call.

Just when it seemed that he couldn’t sink any lower, Johnny was enslaved by a man named Amos Clow, whose African mistress took special delight in having a white slave as her personal plaything. After he escaped, he was possessed with an implacable hatred for Africans. When he became the captain of his own slave ship, his brutality knew no bounds. 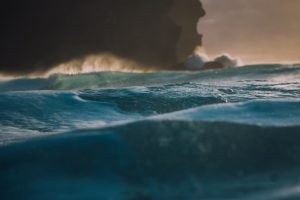 It took a violent storm to mark the beginning of change in his life. On a return trip to England, when it seemed that his ship was about to sink, Johnny cried out to Jesus for salvation. It took a few more years for this new convert to quit the slave business, yet God was slowly transforming his racist heart.

Eventually, Johnny felt called to the pulpit. The archbishop of York rejected him because his past was too scandalous. Finally, he was given a small parish. But curious crowds came to hear this notorious slave trader turned preacher. He wrote almost three hundred hymns to accompany his sermons. Eight years after he became a pastor, Johnny penned history’s most famous hymn, “Amazing Grace.”

A single line in the first stanza jumps off the page: “Amazing grace, how sweet the sound, that saved a wretch like me.” Surely, the Reverend John Newton knew firsthand the power of sin to reduce humans to utter wretchedness. When he later wrote a pamphlet on the slave trade, his exposé on the wretchedness of human trafficking helped bring about the abolition of slavery in the British Empire three decades before America’s Civil War. 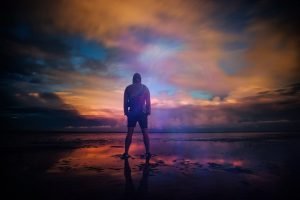 So you see, God will forgive even the man who enslaved and tortured people (and look at the ‘amazing’ gift God has used from John Newton ever since!). What does that tell you about the love God has for you? You may be a wretch, just like Johnny, but God still loves you and still wants to pursue a loving relationship with you. He wants you to use your gifts for His glory, and to be the light in this world.

For the choir director: A psalm of David, regarding the time Nathan the prophet came to him after David had committed adultery with Bathsheba.

1 Have mercy on me, O God,
because of your unfailing love.
Because of your great compassion,
blot out the stain of my sins.
2 Wash me clean from my guilt.
Purify me from my sin.
3 For I recognize my rebellion;
it haunts me day and night.
4 Against you, and you alone, have I sinned;
I have done what is evil in your sight.
You will be proved right in what you say,
and your judgment against me is just.
5 For I was born a sinner—
yes, from the moment my mother conceived me.
6 But you desire honesty from the womb,
teaching me wisdom even there.

7 Purify me from my sins, and I will be clean;
wash me, and I will be whiter than snow.
8 Oh, give me back my joy again;
you have broken me—
now let me rejoice.
9 Don’t keep looking at my sins.
Remove the stain of my guilt.
10 Create in me a clean heart, O God.
Renew a loyal spirit within me.
11 Do not banish me from your presence,
and don’t take your Holy Spirit from me.

12 Restore to me the joy of your salvation,
and make me willing to obey you.
13 Then I will teach your ways to rebels,
and they will return to you.
14 Forgive me for shedding blood, O God who saves;
then I will joyfully sing of your forgiveness.
15 Unseal my lips, O Lord,
that my mouth may praise you.

16 You do not desire a sacrifice, or I would offer one.
You do not want a burnt offering.
17 The sacrifice you desire is a broken spirit.
You will not reject a broken and repentant heart, O God.
18 Look with favor on Zion and help her;
rebuild the walls of Jerusalem.
19 Then you will be pleased with sacrifices offered in the right spirit—
with burnt offerings and whole burnt offerings.
Then bulls will again be sacrificed on your altar.