Day 6: The Governor Just Put Me in Charge

As I leave the high school and head to the command post, my boss, Bret Johnson, calls me.

“The governor is coming to town. He’s holding a press conference.”

This can mean only one thing. He’s making some changes.

“I don’t know,” Bret says. “The colonel will be there, and he wants all of us there, too.”

Bret gives me the time and place for the governor’s press conference.

“This involves us,” I say. “It has to. We’re the only agency the governor leads.”

“I know nothing,” Bret says.

I’m pretty sure I believe him.

We meet in a small community room at the University of Missouri, St. Louis. Clearly the governor’s staff has spread the word that he will be making a major announcement, because members of the national and local media jam into a larger connecting room where the governor will hold the actual press conference. I drift into the smaller room and see Jon Belmar standing by himself. He looks as if he hasn’t slept in days. I walk over to him. 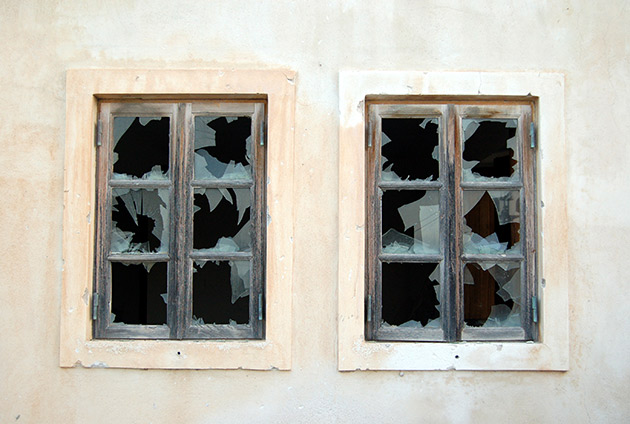 We both go silent, waiting. Belmar nods toward the governor. “What’s he going to say? What do you hear?”

“I just heard he’s going to make some changes,” I say. “I don’t know what that means.”

After another brief, awkward silence between us, we turn our attention to Governor Jay Nixon—tall, white-haired, and distinguished-looking, but appearing anxious or even nervous—who stations himself at the front of the room. He rifles through some papers, pauses to gather himself, and then speaks rapidly.

“Over the past several days, we have all been deeply troubled by this crisis, as the pain of last weekend’s tragedy has been compounded by days of grief and nights of conflict and fear.”

I shift my weight and try to focus on the words in the governor’s blistering delivery.

“What’s gone on here over the last few days is not what Missouri’s about. It’s not what Ferguson is about. This is a place where people work, go to school, raise their families, and go to church—a diverse community, a Missouri community. But lately, it’s looked a little bit more like a war zone. And that’s unacceptable.”

The governor peers at the paper in front of him and then looks up. He speaks so quickly now that he doesn’t appear to breathe.

“Literally, the eyes of our nation and the world are on us. In order for that important process of healing and reconciliation to begin, we need to address some very immediate challenges. That’s why today I’m announcing that the Missouri Highway Patrol, under the supervision of Captain Ron Johnson, who grew up in this area, will be directing the team that provides security in Ferguson.”1

I did not know about this. I did not expect it. I had no inkling, no insight, no warning.

I feel my pulse rocket and my mouth go dry.

The governor just put me in charge. 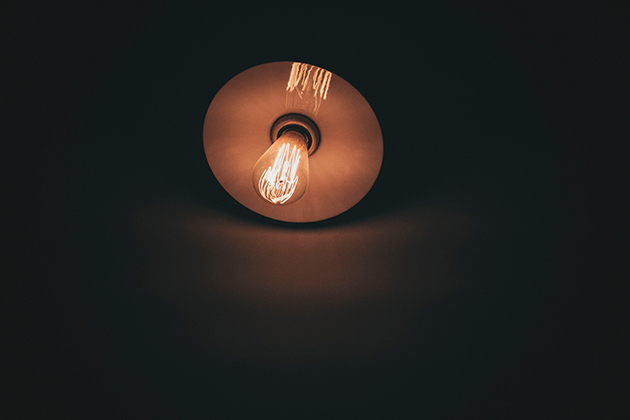 What does this mean?

What am I supposed to do?

It suddenly occurs to me that not only am I now in charge, but I have also just replaced Jon Belmar, who is standing right next to me. I turn to him and read his expression—a mixture of shock and anger.

He stiffens and his stare bores right through me—and then he turns away.

He doesn’t believe me.

I suppose if our roles were reversed, I wouldn’t believe him, either.

I want to say something else to him, but no words come.

The governor finishes his speech. He thanks the members of law enforcement and emphasizes the need for understanding and healing in Ferguson. Within seconds, I find myself swept up into a group of people I don’t know, and then I’m face-to-face with the governor. He shakes my hand.

“The colonel and I believe you’re the guy for the job.”

“If you need anything—”

His voice trails off. He seems on edge, almost as if he’s about to burst. I would bet he hasn’t had much sleep lately—like the rest of us. 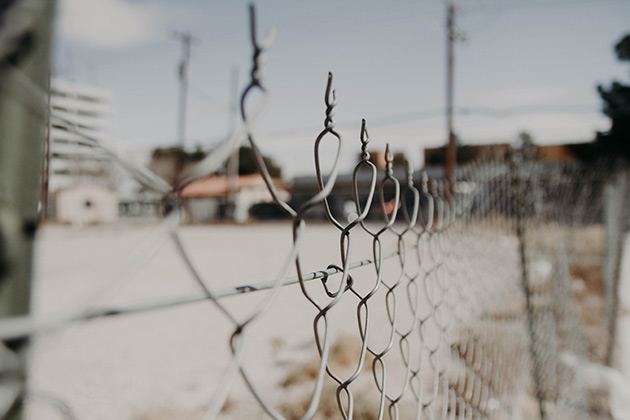 “When we get in there with the media, I’ll basically repeat what I just said, and then I’ll introduce you.”

A member of the governor’s staff materializes in front of me. He nods and presses a dark-colored binder into my hands.

“Congratulations,” he says, looking down at the binder. “We wrote a statement for you. The governor wants you to read it at the press conference. It’s short.”

“Okay,” I say, still trying to grasp what is happening.

“Do you want to look it over?” the staffer asks. When I blink, confused, he adds, “The statement.”

I open the binder and glance at the typed statement. All I see is a jumble of words, a blotch of letters swimming on a white page. I cannot fathom their meaning.

“Are you good with it?” the staffer says.

“The governor wants you to stand behind him at the press conference.” 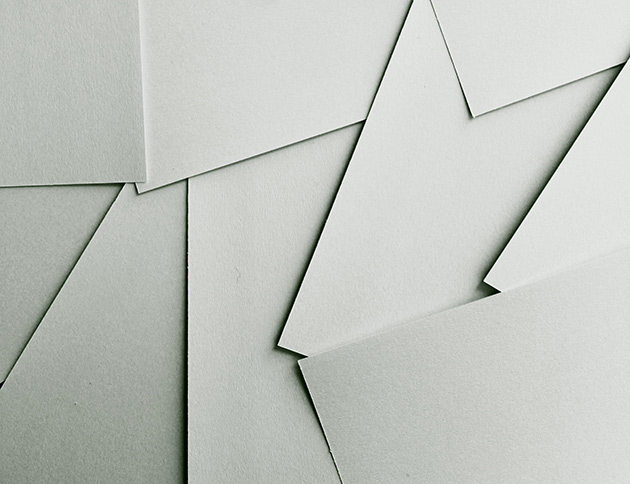 The next thirty minutes evaporate, and I find myself being shuttled along with the same group of people, including the governor, from the smaller room to a larger one cluttered with cameras, boom microphones, and members of the media. I follow the governor up a few steps onto a stage. He moves to a podium and for the next four minutes repeats the same speech he delivered a few minutes ago. He talks about making a change and the need for healing and reconciliation. He praises the Missouri Highway Patrol, and then he introduces me, the new head of security for Ferguson. As the governor turns toward me, I step forward to the podium, flip open the binder, and begin reading.

The statement floats out of my mouth, but I have no idea what I’m saying. I speak by rote, by reflex—the words well-crafted yet canned, uncontroversial; necessary, but generic. Certainly not me.

I know I say something about breaking “this cycle of violence,” and “how important it is that Ferguson has confidence in law enforcement,” but I really don’t comprehend the words that are crossing my lips. When I finish the last sentence, I look up, mutter “thank you,” and step back behind the governor. The entire speech takes just under a minute.

Back at the podium, responding to questions from the press, Governor Nixon prepares to take one last question. He points to a local reporter named David.

“I’d still like to hear from Captain Johnson what he says he’s going to do different tonight,” David says. 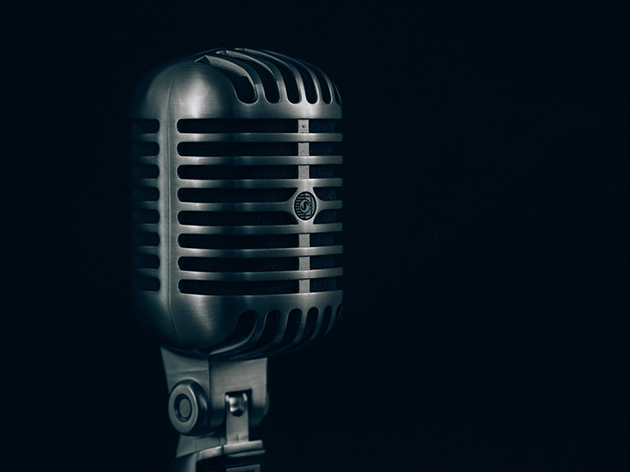 The governor whips around toward me and steps to the side. I walk to the podium and nod at the reporter.

“So, Captain,” he says in a voice that sounds both skeptical and challenging, “I was wondering, what are you going to do differently tonight? Are you still going to roll in there with armored vehicles and police in full body gear or have a different appearance?”

“We’re going to go back and assess—”

I sound like a robot, as if I’m quoting from some kind of nonexistent riot-control manual.

I start again. I speak slowly, and this time I speak from my heart.

“We’re going to start from today,” I say. “We’re not going to look back in the past.”

And then, finding the reporter’s eyes, I add, “When we talk about boots on the ground, my boots will be on the ground.”

I remember now that we have received word that several members of the clergy will be leading a march this afternoon down West Florissant to the remains of the QuikTrip. I know what I have to do. I’m going to walk with those people as if I belong with them, as if I am one of them.

I say now, the words tumbling out, “Actually, I plan on walking to the QuikTrip, which has been called Ground Zero, and meeting with the folks there myself tonight.”

The moment I say this, the atmosphere shifts in the room. The air crackles. I feel a low-level hum. I don’t hear it; I feel it. 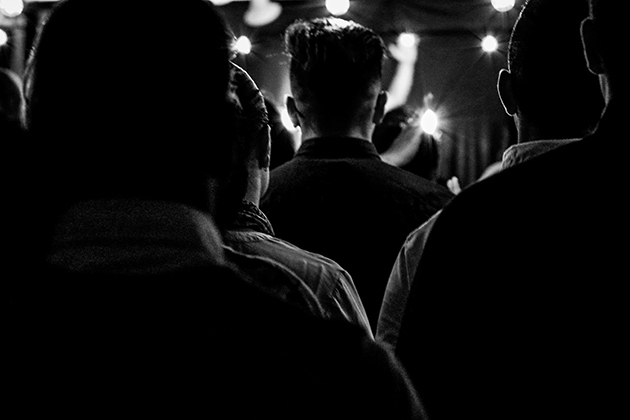 “We are going to have a different approach,” I say, “the approach that we are in this together.”2

And then I tell the people gathered in front of me—the assembled law enforcement, public officials, and members of the media—about speaking to the students at Riverview Gardens High. I tell them about the young woman who cried. I tell them about suggesting that the kids write letters to me that I will share with troopers after these days are over.

And I tell them about my prayer.

“Like I do each and every night, I pray for a different morning,” I say. “Today is going to be a different day for our community.” I pause for the briefest moment, and then I say, “We’re going to make a change today.” “We’re going to that march,” I say to the troopers in the truck. “I’m going to support the clergy.” I pause and then add, “It’s the right thing to do.”

Reality slaps me. I feel as if a large, impossibly heavy weight has begun pressing down on my chest. Emotionally, I feel like I’m flailing.

I have nowhere to turn.

My lips tremble and I start to pray.

“Please, God, let there be no blood on my hands. Let everyone—every police officer, every person on the street—be safe.”

Please don’t let there be blood on my hands. 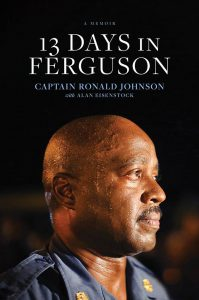 Excerpt from 13 Days in Ferguson by Ron Johnson and Eisenstock

On August 14, 2014, five days after the fatal shooting of Michael Brown ignited race riots throughout the city of Ferguson, Missouri, the nation found an unlikely hero in Captain Ron Johnson of the Missouri Highway Patrol. Charged with the Herculean task of restoring peace between a hostile African American community and the local police, Johnson, a 30-year law enforcement veteran and an African American, did the unthinkable; he took off his bullet-proof vest and joined the protesters.

The 13 days and nights that followed were the most trying of Johnson’s life—professionally, emotionally, and spiritually. Officers in his own command called him a traitor. Lifelong friends stopped speaking to him. The media questioned and criticized his every decision. Alone at the center of the firestorm, with only his family and his faith to cling to, Johnson persevered in his belief that the only way to effectively bridge the divide between black and blue is to—literally—walk across it.

In 13 Days in Ferguson, Johnson shares, for the first time, his view of what happened during the thirteen turbulent days he spent stabilizing the city of Ferguson, and the extraordinary impact those two historic weeks had on his faith, his approach to leadership, and on what he perceives to be the most viable solution to the issues of racism and preju