7 Facts about Saint Patrick and His Faith

Friday is Saint Patrick’s Day, everyone’s favorite day to wear the color green and drink Shamrock Shakes. But what do you know about the man the holiday is named after? Saint Patrick lived less than five hundred years after Jesus, and he spent forty years traveling throughout Ireland, spreading the gospel to the Druid people.

While celebrating the patron saint of Ireland with corned beef and cabbage and the wearing o’ the green, share some of these facts with your kids! 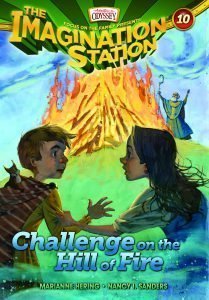 Would you like to learn more about Saint Patrick with your kids? Read Challenge on the Hill of Fire by Marianne Hering and Nancy I. Sanders, book ten in the Imagination Station series from Focus on the Family.