BOUND FOR GLORY celebrates the rich gift of music that African Americans have given the church and the whole world. Through 52 visual interpretations of this Spirit-filled music, Tim Botts brings to fresh light the history and struggle of slavery. These amazing songs are an important part of American heritage, and they continue to give us hope in the face of life’s many challenges. The accompanying reflective readings by Patricia Raybon add a poignant dimension to the whole experience. It is the purpose of the artist and writer that this book be an instrument of healing and reconciliation among us.

The work of TIMOTHY R. BOTTS reaches back to letterforms as old as the first century and combines them with contemporary graphic design principles to express the meaning of great words. Interweaving background, text, and image into one, he strikes a balance between visual expression and legibility to give a face to that which is spirit. Botts earned a BFA in graphic design from Carnegie-Mellon University, during which time he apprenticed in calligraphy with Arnold Bank. He spent three years in Japan teaching conversational English and was influenced by the rich tradition of Japanese brush writing. Since 1972 he has designed more than 600 books for Tyndale House Publishers near Chicago, where he is an art director. Nine books of his own work have been published, including Doorposts, Messiah, and a Bible illustrated in his calligraphy. Botts is a part-time instructor at the College of DuPage and has taught workshops internationally. His work is part of the permanent collection of Chicago’s Newberry Library. He helped found and serves as artistic director for Masterpiece Ministries, which conducts an annual camp for high school students in the arts. Tim and his wife, Nancy, have three grown children and twelve grandchildren.

PATRICIA RAYBON, award-winning author of Tyndale’s I Told the Mountain to Move (a Book of the Year finalist in Christianity Today’s 2006 Book Awards), is also author of the critically acclaimed My First White Friend, which won a Christopher Award and a Books for a Better Life Award. Her personal essays have been published in the New York Times Magazine, Newsweek, USA Today, USA Weekend, the Chicago Tribune, and In Touch magazine and have also aired on National Public Radio. Formerly a Sunday magazine editor at The Denver Post and a features reporter for the Rocky Mountain News in Denver, Raybon also taught print journalism at the University of Colorado at Boulder and now writes full-time on matters of faith. She tackles topics that challenge believers to move higher, go farther, and draw closer to God. A lifetime Colorado resident, Patricia and her husband, Dan, have two grown daughters and four grandchildren. 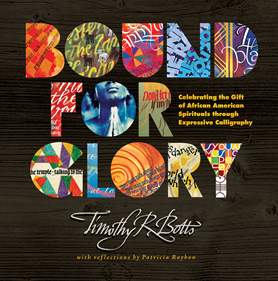