Who is Really Hurting the Kingdom?

Who is Really Hurting the Kingdom? 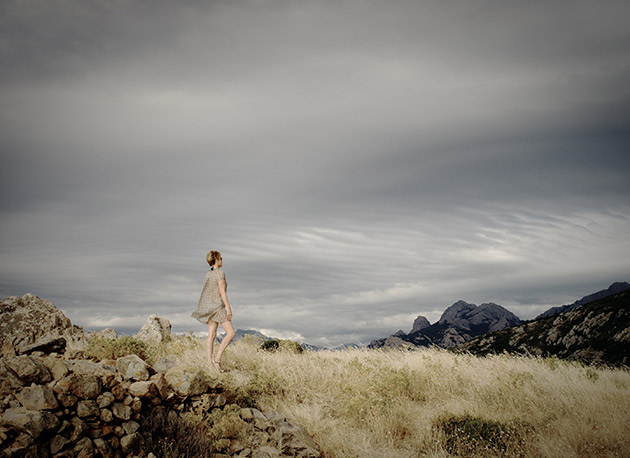 Few can doubt that public perception of Christianity, Christians, and evangelicals has taken a big hit in the last few years. To be fair, Christians have done a lot to contribute to this decline. From unloving posts on social media to unwise political endorsements by their leaders, Christians have certainly earned some of the frustration. Indeed, this book is written in large part to encourage the church to think critically about how we can move away from this behavior and these habits toward fruitful gospel ministry. At the same time, however, the narrative has far exceeded reality.

Christians need to own our responsibility in creating a negative cultural environment, but over time a lie has emerged that we need to reject just as passionately as we accept that we’ve contributed to the current climate. If we do not, we risk ignoring how Christians can be targets of the age of outrage as well as perpetrators and contributors.

Though there is much pseudo-history about the origins of America, it is true that we are a country founded largely on Judeo-Christian principles. Those standards of ethical and moral behavior have conditioned many in culture to expect certain conduct from Christian adherents, including honesty, kindness, and avoidance of what is culturally understood to be vices. When believers—whether true disciples or simply followers in name only—don’t live up to those generally accepted standards, society and social media users yell “Hypocrite!” (Online, it’s usually spelled in all caps). When failing to live up to the standards society has come to expect, believers who fall short become targets of online outrage. 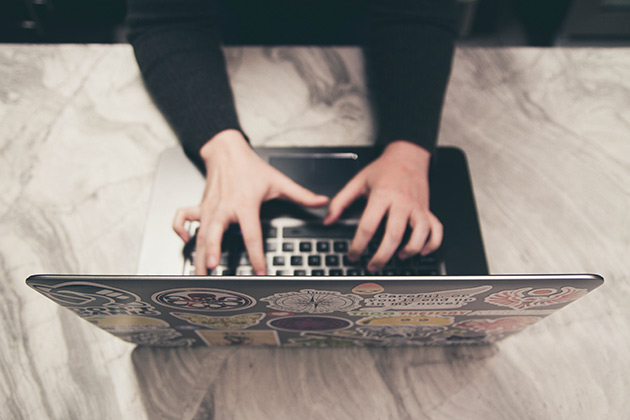 Nominal Christianity is a problem for the church because it conflates professing Christians who have a worldview defined and shaped by the gospel with those who are merely culturally Christians.

For example, many Americans label themselves as Christians only out of family tradition or because of the seeming advantages of adhering to the same faith as the majority of their neighbors. Such people are not equipped spiritually to live a faithful Christian life and so behave as other secular people do. These non- or nominal Christians often respond with outrage because they don’t have the spiritual gifts and biblical tools to exhibit Christian love. They are selfish, easily offended, insecure, and act out of those immature emotions that lead to expressions of outrage.

Nominal Christians often are shaped by a conservative worldview, but they may not express those opinions in Christ-honoring ways. For example, Christians can and should debate political issues. As one of many possible applications, we can debate levels of immigration, how to best address border security, and how to deal with undocumented immigrants who live in our country. But when we speak of immigrants in disparaging and un-Christian ways, or when we spew vitriol toward people made in the image of God because they hold opposing views, we sound more like talk radio commentators than people with a gospel-shaped worldview. 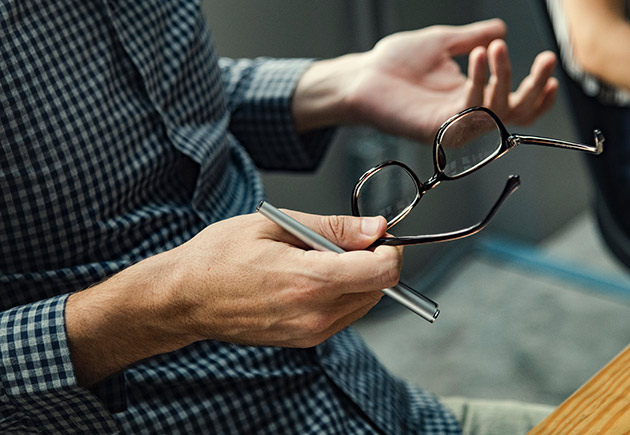 Even as we recognize that the public’s perception of our faith has soured in part because of nominal Christianity, we need to avoid making a mistake of our own: Condemning any fellow believer who takes a position that doesn’t match up with ours. There is a temptation among Christians to point at every example of outrage caused or facilitated by professing Christians and proclaim that “they’re not really Christians!” Whenever we see a professing Christian politician cast a questionable vote or read an offensive blog post from a pastor, we can be tempted to simply retort that the person is not truly a believer. True Christians would never vote that way, think those thoughts, or behave in that fashion. Within this framework, we are able to dismiss every poorly behaving social media user with “Christ follower” in their profile. They are simply not one of us. If they were actually one of us, they wouldn’t be that outraged, dismissive, ignorant, or unloving.

When we’re angered by the actions of other professing Christians, we can discount them by simply declaring that their behavior or beliefs are evidence that the offenders were not truly Christian.

No true Christian would vote for Donald Trump.

No true Christian would vote for Hillary Clinton.

No true Christian would oppose immigration.

No true Christian would shop at Whole Foods. 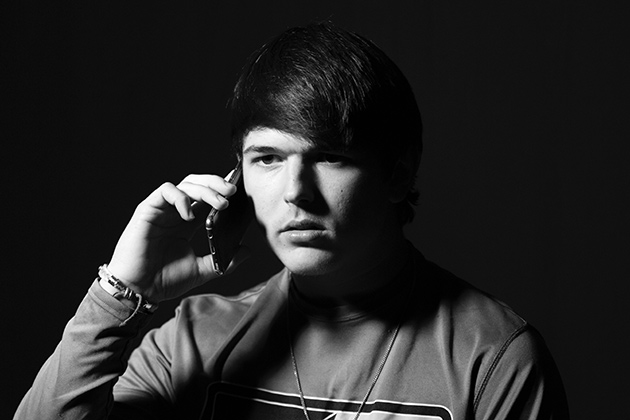 When we look at the reasons that people voted for or against candidates in the last US presidential election, we find that people are not as one-dimensional as some have claimed.

Christians today make frequent use of this tactic as a means of both denigrating those they disagree with and avoiding substantive reflection as to why other Christians might do certain things or think in different ways than we do. When we do this without looking at underlying data or even engaging Christians outside our local bubbles to find out why they have said or done something, we have effectively excommunicated a whole section of the body. Rather than extending grace in failure or taking off our cultural blinders, we simply pronounce them outside the fold.

Christians are not above mistakes and failure. We are sinful people who, while redeemed and indwelt, are still hampered by our flesh. Do Christians get divorced at rates higher than their secular neighbors? No, but that doesn’t mean Christian marriages are perfect or that people of faith don’t sometimes get divorced. 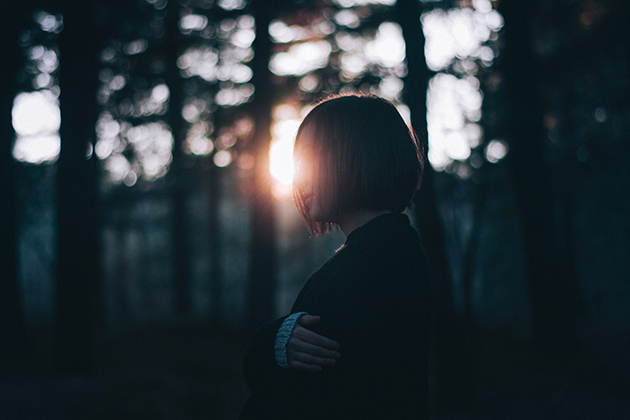 If Christians accept this narrative from the wider culture, we risk being smothered by every crazy and attention-starved person who claims to speak for Christianity. The truth is that despite some of the headlines, the majority of convictional Christians are living out their faith in imperfect yet compelling ways. However, because the media often covers only the loudest moments and controversies, we miss the quiet work of the people who have been transformed by their faith and are striving to show and share the love of Jesus within their communities.

Adapted from Christians in the Age of Outrage: How to Bring Our Best When the World Is at Its Worst by Ed Stetzer.

Are you tired of reading another news story about Christians supposedly acting at their worst?
Today there are too many examples of those claiming to follow Christ being caustic, divisive, and irrational, contributing to dismissals of the Christian faith as hypocritical, self-interested, and politically co-opted. What has happened in our society? One short outrageous video, whether it is true or not, can trigger an avalanche of comments on social media.

Welcome to the new age of outrage.
In this groundbreaking book featuring new survey research of evangelicals and their relationship to the age of outrage, Ed Stetzer offers a constructive way forward. You won’t want to miss Ed’s insightful analysis of our chaotic age, his commonsensical understanding of the cultural currents, and his compelling challenge to Christians to live in a refreshingly different way. 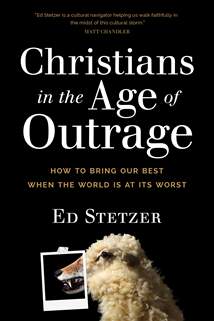 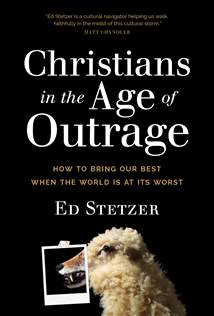 Christians in the Age of Outrage
by Ed Stetzer
$16.99
Price May Vary by Retailer
E-book
Softcover
Hardcover
Details

Christians in the Age of Outrage
by Ed Stetzer
$16.99
Price May Vary by Retailer
E-book
Hardcover
Softcover
Details