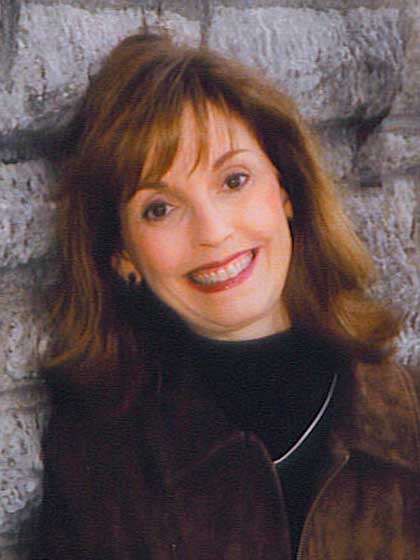 Catherine Palmer lives in Atlanta with her husband, Tim, where they serve as missionaries in a refugee community. They have two grown sons. Cathy is a graduate of Southwest Baptist University and holds a master's degree in English from Baylor University. Her first book was published in 1988. Since then she has published over 50 novels, many of them national best sellers. Catherine has won numerous awards for her writing, including the Christy Award, the highest honor in Christian fiction. In 2004, she was given the Career Achievement Award for Inspirational Romance by Romantic Times magazine. More than 2 million copies of Catherine's novels are currently in print.

With her compelling characters and strong message of Christian faith, Catherine is known for writing fiction that "touches the hearts and souls of readers." Her many collections include A Town Called Hope, Treasures of the Heart, Finders Keepers, English Ivy, and the Miss Pickworth series. Catherine also recently coauthored the Four Seasons fiction series with Gary Chapman, the New York Times best-selling author of The Five Love Languages.

All Products From Catherine Palmer

It Happens Every Spring

Falling for You Again

A Kiss of Adventure

A Touch of Betrayal

A Whisper of Danger

The Miss Pickworth Collection: The Affectionate Adversary / The Bachelor's Bargain / The Courteous Cad

The Four Seasons Collection: It Happens Every Spring / Summer Breeze / Falling for You Again / Winter Turns to Spring

The Treasures of the Heart Collection: A Kiss of Adventure / A Whisper of Danger / A Touch of Betrayal