At age seventeen, Tass Saada was carrying a high-powered Simonov rifle. He had run away from home and become a PLO sniper and chauffeur for Arafat.
His experience growing up as a Palestinian refugee in Saudi Arabia had taught him to hate. And like many other Palestinians, he had his hatred—and his rifle—aimed squarely at Israel.
Tass Saada’s story could have ended tragically, another casualty of the centuries of hatred brewing in the Middle East. But Tass was destined for better things. His story will give you an intimate look at
This is more than the story of a Palestinian refugee making something good of his life in America. It’s a story of the ultimate triumph of love over hatred, reconciliation over persistent divisions. It’s a story that can inspire us all to overcome the divisions and conflicts in our own lives. 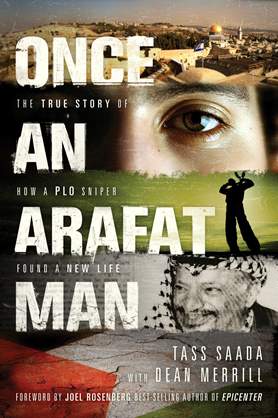