If you discover that your child has been abused, you first need to know when to get help. Professional counsel need not be the first resort. Caring, skilled parents can deal with a lot. But if you have little track record of talking with your kids about sexual matters, and if you suspect that significant hurt has occurred somehow, then it may be useful to talk with someone accustomed to dealing with such problems. 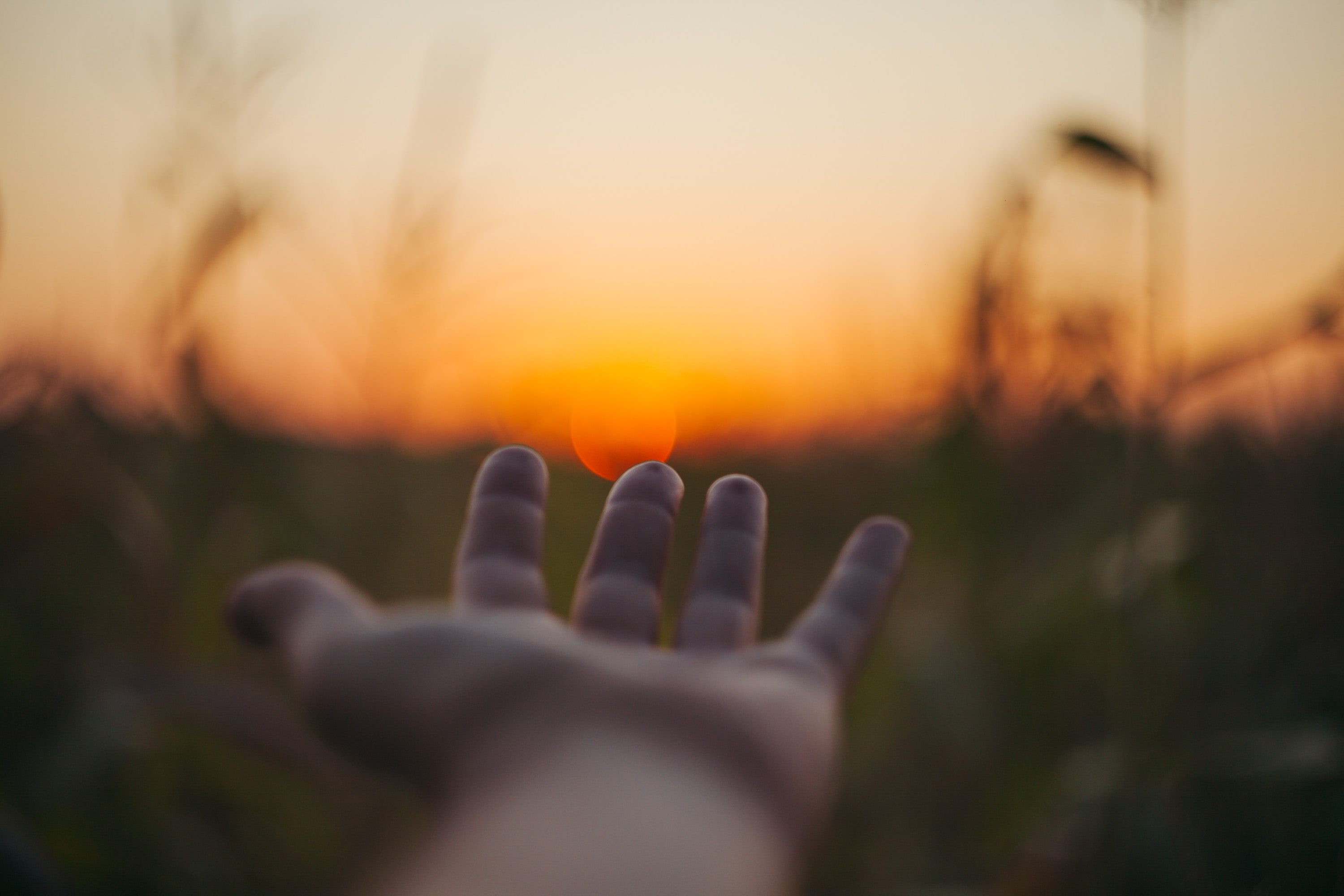 The first item on the parental agenda when a child has been abused is to listen and to talk.

Control anger and guilt. Beware of the tendency to feel angry that someone has hurt your child. You need to regulate your natural anger in front of the child because children often believe you are angry with them, regardless of your statements to the contrary. Don’t criticize at all. Later, much later, you can gently suggest ways your child can avoid similar unsafe situations in the future.

Beware of feelings of guilt for not having been there to protect your child and a sense of helplessness over not being able to “fix it.” Forget personal remorse and guilt for the moment; you must make your child comfortable with the difficulty of talking about what happened.

Hear the pain. Beware of the tendency to conduct the equivalent of an arraignment hearing to “get the facts.” Knowing the precise facts in your first discussion is not as important as knowing your child’s perceptions of and reactions to what happened.

Your immediate task is to listen and really hear the pain of the child. She or he probably feels hurt, afraid, regretful, angry, shamed, helpless, and dirty. But the child will have trouble talking about any feelings. Listen, and ask gentle questions to get the child to talk more. Show that you understand the feelings expressed. Share her or his hurt—“I feel so deeply upset too; what he did to you was very wrong.” Let your child talk about his or her hurt for as long as it takes; don’t rush or be impatient (“You ought to get over this”). Don’t make empty promises, but do resolve to help.

Share the burden of hurt. The best help for healing is to share the burden of the hurt, thus relieving your child from bearing it alone. This is a direct parallel to what the apostle Paul discusses in 2 Corinthians 1:3-7. God does not promise to make our sufferings go away. Rather, God promises to be with us in our sufferings and to share our burdens. This passage explicitly says that the comfort God gives us as individuals is meant to overflow in our capacity to comfort others, and this is precisely what we have the opportunity to do in being a companion to a child in pain. Pray for and with your child for Christ’s presence in your child’s pain and for his divine touch in healing.

Express confidence. Lastly, we should express confidence that there will be an end to the pain; it will gradually diminish to a dull ache and then slowly recede into the distance. The child will need to talk a lot about it at first, then gradually less, with periodic flare-ups when new events frighten or upset the child. These are to be expected.

Recovering from an abuse experience is much like grieving. We can’t rush people through grief or minimize their hurt by insensitive exhortations to “look on the bright side.” We should share the pain of the loss and be there to support and to talk. The parallel with grief is a good one; abused children have lost something forever. They have lost a certain aspect of their innocence and of their sense of security and certainty in the world. They have lost forever the degree of trust they previously had. These are significant wounds, and they should be properly mourned. 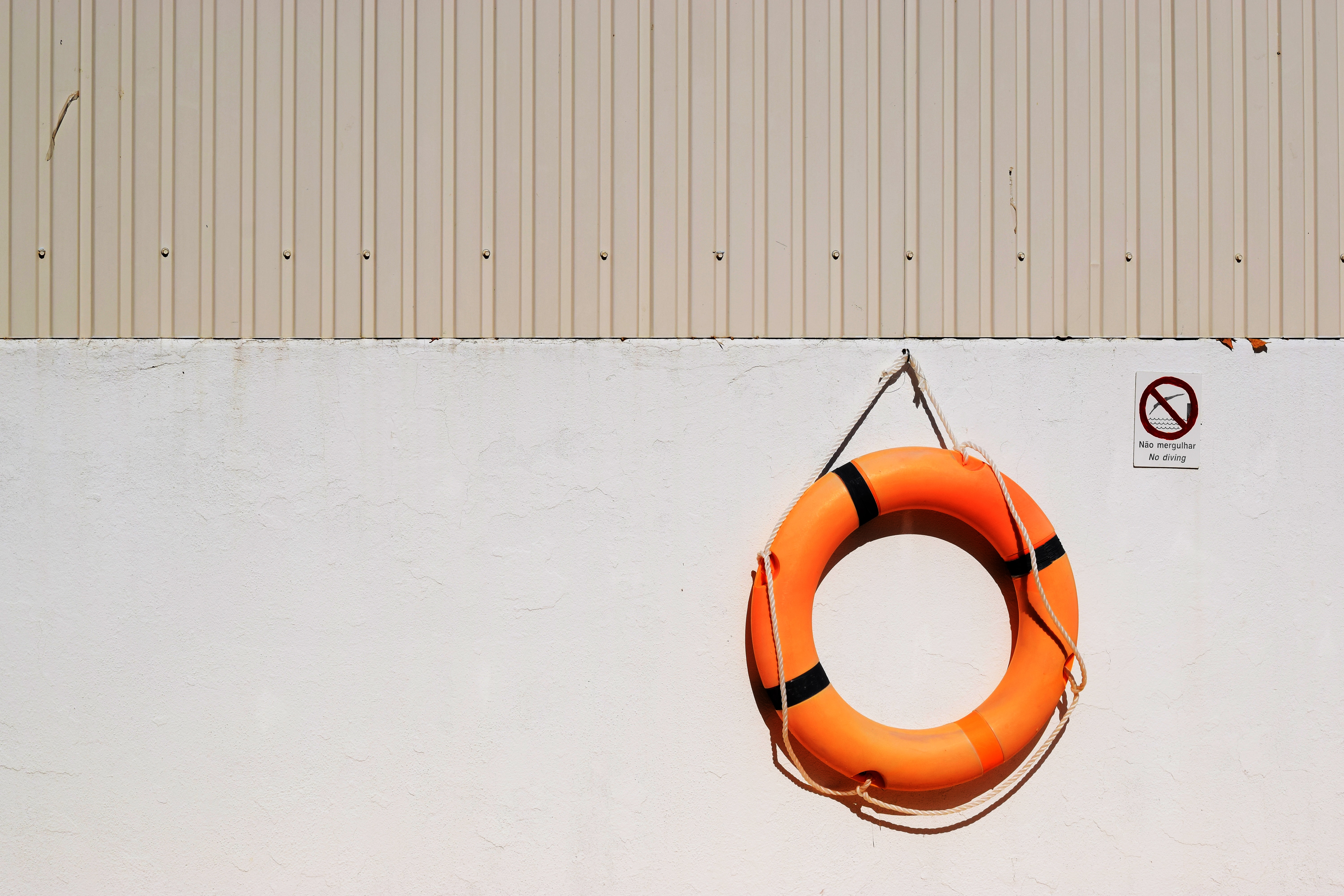 Unless we help a child to feel safe and, in fact, to be safe, healing from abuse will not happen. It’s our job as parents to provide that safety. When Andre and Aisha (who we met in the first opening story of this chapter) and Janet (who we met in the second) learned what happened to their kids, they created safety: These parents banished the offending children from their homes and yards. They told their own children that they were not allowed to play with the offending children, not as punishment but as protection. With this rule in place, if the offending children asked them to play, the children could simply say, “Mom said I can’t.” In one instance, protecting the child led to confronting the other child’s parent and reporting the incident to state child-welfare professionals. In the other, no confrontation of the other parents was attempted. All of the factors must be weighed, but the emotional and physical safety of the child must be the highest priority.

Protecting a child can force terrible choices. One of Stan’s clients was sexually molested by her new stepfather, a pastor and former missionary. The abuse began during the first few weeks of the new marriage, when Ruth was thirteen, and continued until she left the home at seventeen. The molestation mostly took the form of groping and fondling. Her mother, a devout woman, was financially dependent on her new husband, struggling with the three unruly stepchildren brought into her care from his former marriage, and still grieving the death of her first husband. Ruth finally worked up the courage to tell her mother after almost a year of molestation. Her mother exploded, called her a liar, and accused her of trying to break up her new marriage. Ruth never opened up to her mother again. She endured three more years of abuse and then abruptly married the first eligible boy to come along. She has paid for that choice ever since. Her mother would have paid a steep price if she had believed her daughter, but wouldn’t her daughter’s life have been worth it?

Creating safety is much easier when the molestation has occurred outside of the family and home. When it has been perpetrated by a brother, stepbrother, father, stepfather, or a more distant relative, it is much more difficult. It is a sad reality that women can be so financially dependent on and emotionally, verbally, or physically intimidated by their husbands that it is easier to disbelieve the daughter’s story than to confront and deal with reality. Often, there is no simple solution, but we must protect our children. Confrontation of abuse within families may threaten the very stability of the family and the lives of family members. But to not confront it is certainly to leave one of God’s precious children defenseless. Would God want us to cling to marriage or financial security at that cost? 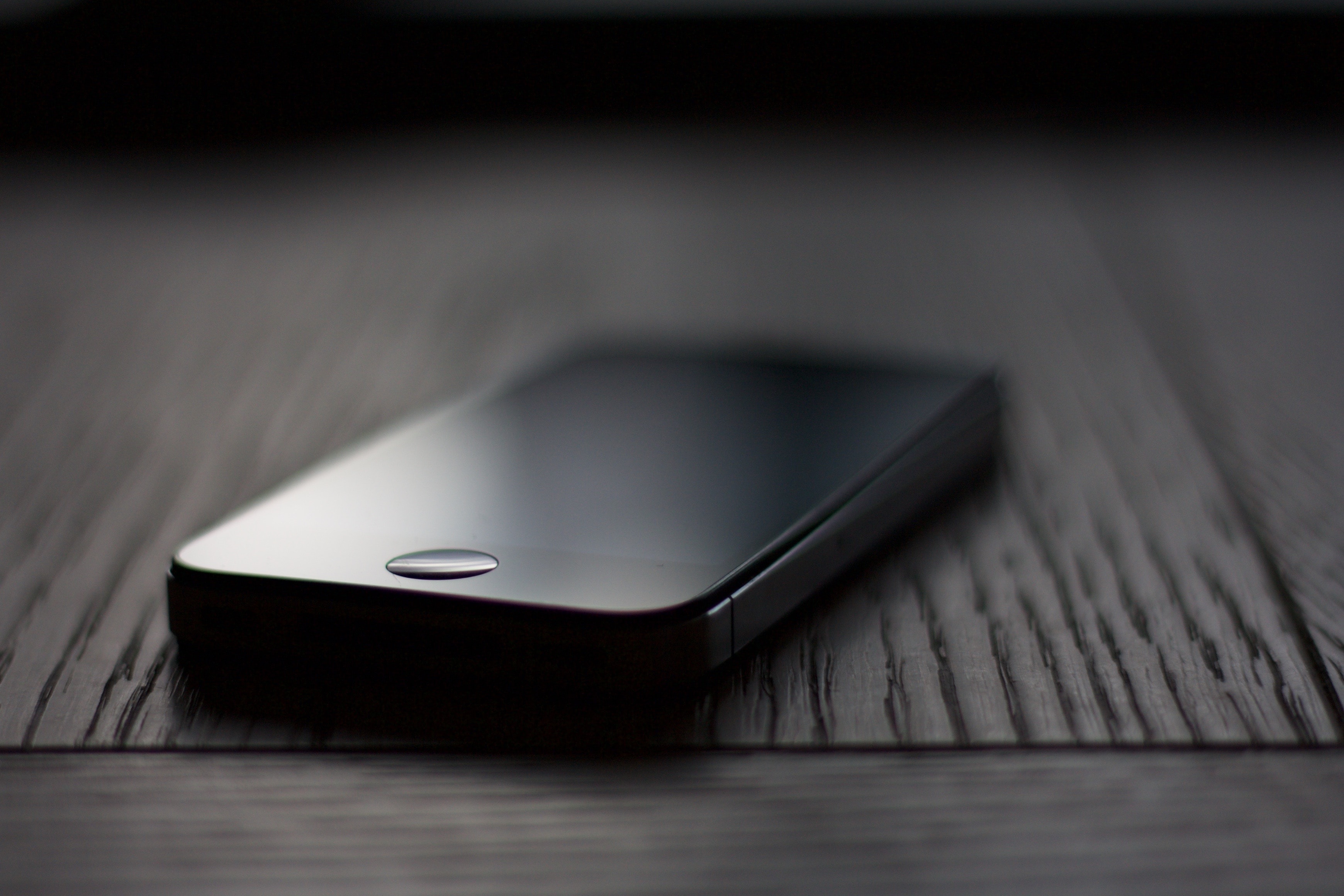 Two of the terrible choices parents face are whether to report the abuse to state authorities and whether to make the abuse public knowledge in the family. Either of these actions is sure to create a firestorm in the neighborhood or family. Many of us tend to avoid conflict, especially by rationalizing an incident as a onetime occurrence. Sadly, such judgments are often wrong. One family we know found out after the death of a beloved patriarch that the old man had molested at least nine granddaughters, nieces, and grandnieces from the time he was fifty until he died. Most of the girls had tried to talk to their parents when it happened; every one of the parents held back from fully confronting the issue for fear of disrupting family relationships. Each of those girls, now adults, was scarred by the incidents.

While some states have laws addressing this, there is no generally accepted rule about when to report and when not to report. Keep in mind, first, that sexual abuse by adults is unlikely to be an isolated incident. Any act that seems unquestionably improper and significant should probably be confronted and reported. Second, in dealing with acts between children, it seems important to distinguish between sexual curiosity and exploration versus exploitation or more advanced attempts to mimic adult sexuality. The earlier example of children acting out oral sex and intercourse undoubtedly involved children being abused themselves. Such an incident should be reported.

It breaks our hearts as parents to have to intrude upon the joy and innocence of our children’s lives by warning them about sexual molestation, but it is worth it to protect our children. It is also worth the pain and exertion to deal with it well when it does occur. 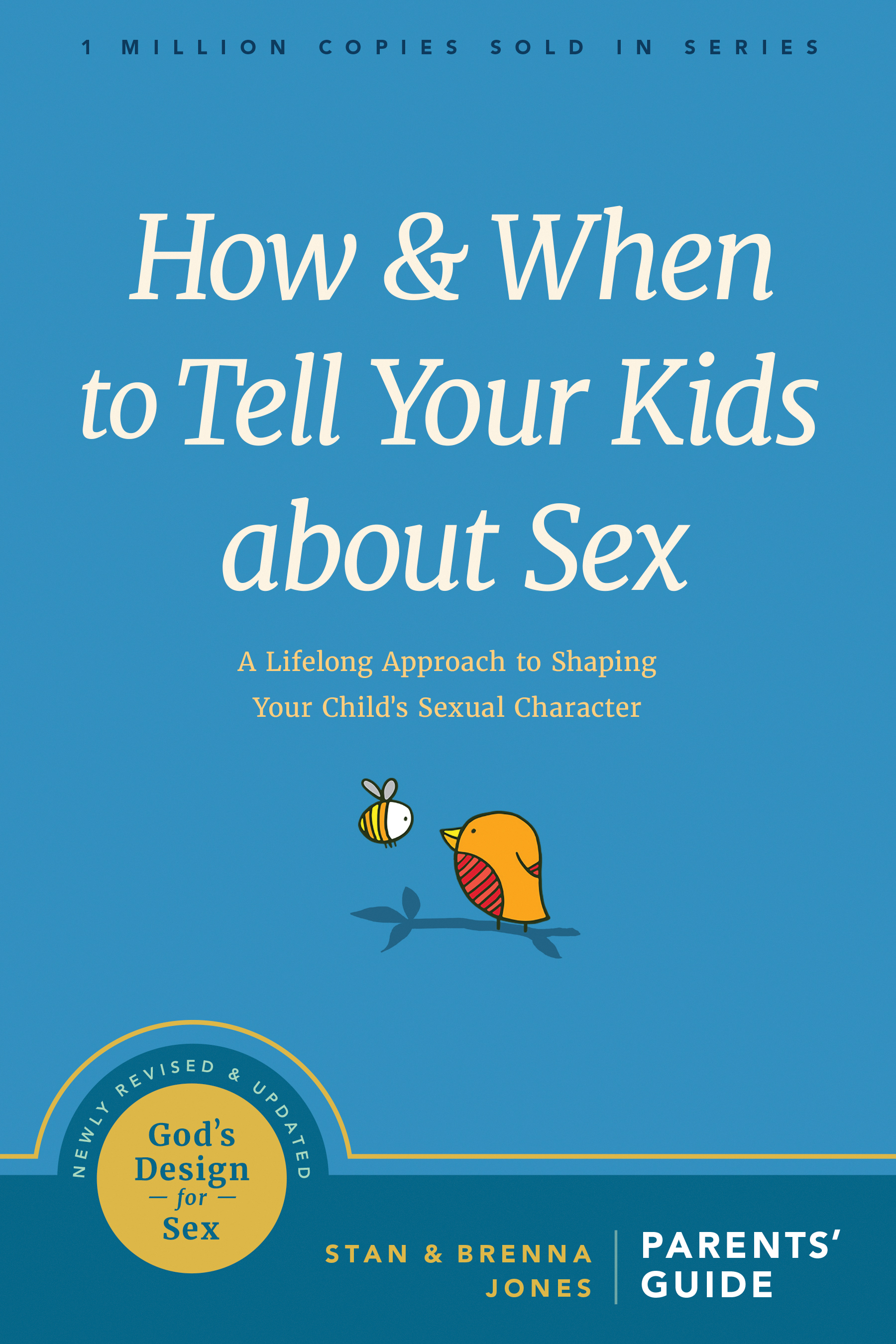 Stan and Brenna Jones help parents establish a biblical view of sexuality in their homes. Building on a biblical foundation, they discuss how to talk with your children about sexual issues and when it’s appropriate to tell them what. With stark honesty and practical suggestions, they address

Now revised and updated with helpful material on the dangers of pornography, sexual orientation, and gender identity.