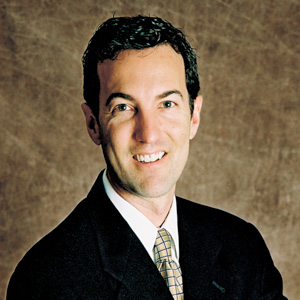 Nathan Whitaker is the co-author of the #1 New York Times bestseller Quiet Strength, and the founder of Whitaker Partners, LLC, a firm specializing in the representation of coaches and front office personnel.

Whitaker left the firm in 1998 to join the Jacksonville Jaguars, where he was responsible for the club’s football operations and budgeting, as well as working with the salary cap and player contract negotiations. After two seasons with the Jaguars, he switched conferences and Florida coasts to work for the Tampa Bay Buccaneers.  It was in Tampa, while working on legal, salary cap and scouting matters that he worked alongside Tony Dungy.

In 2004, he embarked on a three-year journey to write a book, a portion of which time he also was employed as the Director of Community at Van Dyke United Methodist Church in Lutz, Florida.  During this time he also founded Whitaker Partners, LLC, in which he and his father, a Gainesville, Florida attorney, assist coaches and administrators with the professional and personal matters of their lives.

The book-writing journey finally culminated with the July 2007 release of Quiet Strength, Tony Dungy’s memoir.  Since its release, it has become one of the best-selling hardcover sports autobiographies ever, is the longest-tenured sports-related book in the top ten of the NYT hardcover, nonfiction list, and has over one and a quarter million copies in print. He has also co-authored the New York Times bestsellers “Uncommon” (NYT #2) , “The Mentor Leader” (NYT #2) and “You Can Do It!” (#1) and has recently co-authored a book with James Brown of CBS Sports.

Whitaker currently lives in Florida with his wife and two daughters.

To learn more about Nathan or to invite him to speak at your event, visit www.NathanWhitaker.com
By clicking “Accept All Cookies”, you agree to the storing of cookies on your device to enhance site navigation, analyze site usage, and assist in our marketing efforts.
Cookie settingsACCEPT
Manage consent