This collection bundles all three of Janice Cantore’s exciting Pacific Coast Justice novels into one e-book for a great value!

Accused
Detective Carly Edwards hates working in juvenile—where the brass put her after an officer-involved shooting—and longs to be back on patrol. So when a troubled youth, Londy Atkins, is arrested for the murder of the mayor and Carly is summoned to the crime scene, she’s eager for some action. Carly presses Londy for a confession but he swears his innocence, and despite her better judgment, Carly is inclined to believe him. Yet homicide is convinced of his guilt and is determined to convict him.

Carly’s ex-husband and fellow police officer, Nick, appears to be on her side. He’s determined to show Carly that he’s a changed man and win her back, but she isn’t convinced he won’t betray her again.

Abducted
After solving the mayor’s murder and exposing corruption among the top brass in Las Playas, Carly Edwards is happy to be back on patrol with her partner, Joe, putting bad guys behind bars. For once, everything in life seems to be going right.

But then everything starts going wrong. Slow to recover from an injury, her ex-husband, Nick, begins pulling away just as they were starting to get close again. Meanwhile, when Joe’s wife lands in the hospital with a mysterious illness, their baby is kidnapped. As Carly chases down every lead in a desperate search to find the baby, her newfound faith is pushed to its limits.

Avenged
When Officer Carly Edwards finds three young gangbangers shot execution style, she and her husband, Sergeant Nick Anderson, head of the gang unit, fear Las Playas may be on the verge of a gang war. The Las Playas PD is put on high alert as tensions escalate between rival gangs, especially after Carly confiscates weapons from a gang leader and learns they were stolen from a military base along with explosive devices.

But something isn’t adding up, and Carly suspects there might be more going on. As she prepares to testify at a major trial, Carly’s reputation is shredded by a reporter apparently trying to discredit her professionally. Facing pressure on all fronts, Carly must rely on faith and trust God in a deeper way during one of the biggest struggles of her career. 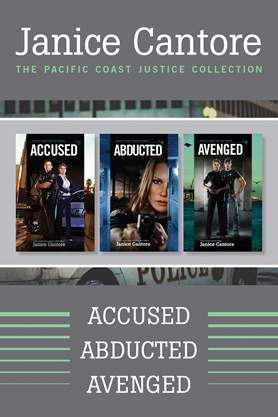