Book 1 in the 12-book series that has sold over 63 million copies!

Left Behind: A Novel of the Earth’s Last Days
An airborne Boeing 747 is headed to London when, without any warning, passengers mysteriously disappear from their seats. Terror and chaos slowly spread not only through the plane, but also worldwide as unusual events continue to unfold. For those who have been left behind, the apocalypse has just begun. 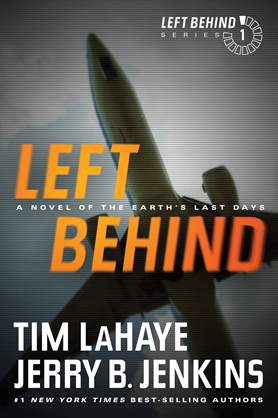