Jesus and the Manuscripts

Jesus and the Manuscripts, by popular author and Bible scholar Craig A. Evans, introduces readers to the diversity and complexity of the ancient literature that records the words and deeds of Jesus. This diverse literature includes the familiar Gospels of the New Testament, the much less familiar literature of the Rabbis and of the Qur’ān, and the extracanonical narratives and brief snippets of material found in fragments and inscriptions. This book critically analyzes important texts and quotations in their original languages and engages the current scholarly discussion. Evans argues that the Gospel of Thomas is not early or independent of the New Testament Gospels but that it should be dated to the late second century. He also argues that Secret Mark, like the recently published Gospel of Jesus’ Wife, is probably a modern forgery. Of special interest is the question of how long the autographs of New Testament writings remained in circulation. Evans argues that the evidence suggests that most of these autographs remained available for copying and study for more than one hundred years and thus stabilized the text.

• Written by popular author and Bible scholar Craig A. Evans

• Walks readers through the various works of ancient literature, both biblical and non-biblical, that mention Jesus 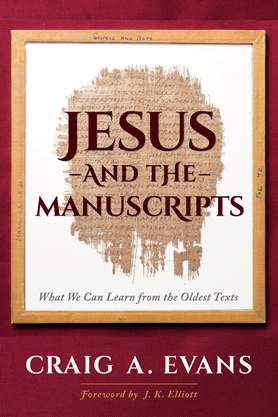