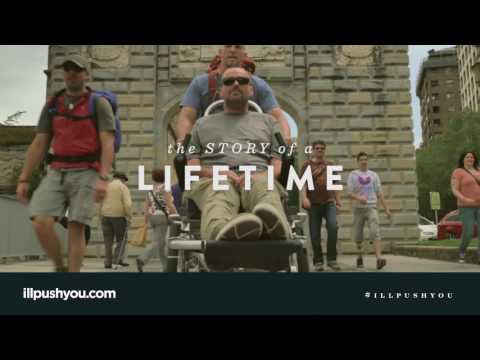 It’s a beautiful, lazy San Diego Saturday and I’m alone in my living room with the ATV remote braced against my leg.

Though I can no longer open doors, hold a cup to my lips, or button my shirt, I can still somehow manage to use the remote.

Every bit of independence is precious. I take what I can get.

I turn on the television and begin flipping through the channels until I see European travel guru Rick Steves on PBS.

So what does Rick have for the world of channel surfers and public broadcast junkies today? Northern Spain? Sure, I haven’t been there yet.

It’s all very familiar until he mentions the Camino de Santiago, a nearly 800-kilometer pilgrimage route.

As Steve takes me over the Pyrenees Mountains, through the flat plains of northern Spain, and across two more mountain ranges to the region of Galicia in northwestern Spain, I am completely captivated.

And as I watch the images of hundreds of pilgrims trekking along this ancient pathway, a thought occurs to me.

I wonder if I could do that in my wheelchair. 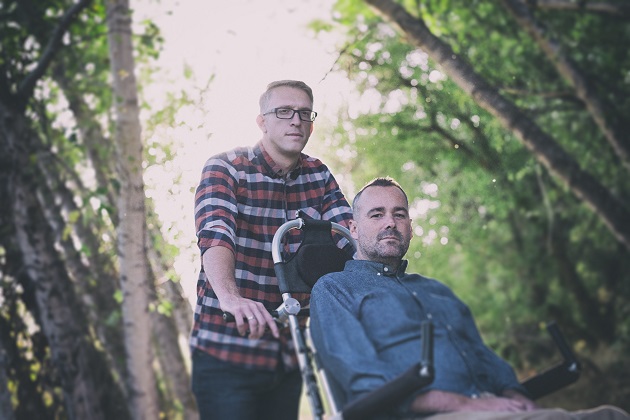 For the past few years, Patrick and I have been looking for the perfect “guy trip” that we could do together.

But for some reason the right trip hasn’t revealed itself yet.

Now as Rick unveils the Camino de Santiago, it hits me: This is the trip Patrick and I need to take.

Patrick and I are fortunate to have a friendship that has endured so long. We have helped each other in many ways.

But no matter how much help I have offered Patrick, or how much he has given me, our relationship is a dynamic interaction between two people.

This means there are two decisions that must be made in order for it to work.

The strength and energy we can effectively give each other is directly proportional to the willingness of the other to receive it. It was no different out there on the trail. 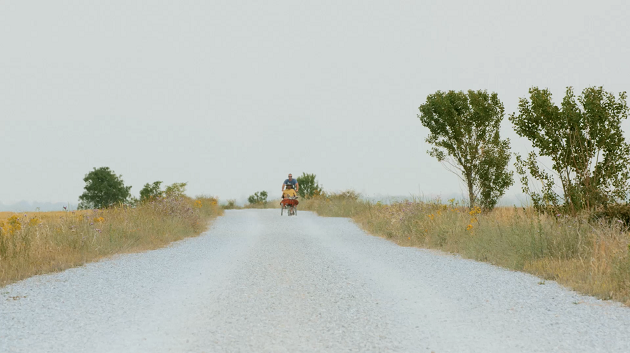 I face challenge after challenge as this disease continued to take more of my ability to use my body.

In spite of this, I strive to live a life of adventure and make the most of every day.

Because the list of things I can do on my own is so much shorter than the list of those I can’t, I have to acknowledge my limitations and allow others to step in and do those things for me.

No matter how much help Patrick offers me, he can’t help me if I refuse it.

When I choose pride over vulnerability, I find that relying on my own strength makes me weak. 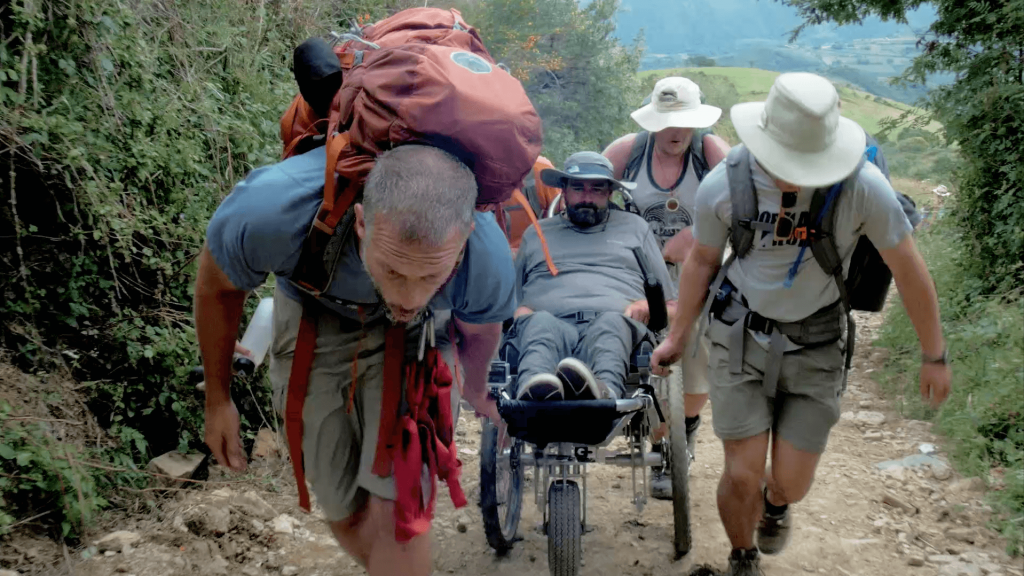 When I laid everything on the table back in 2012 and proposed the idea of tackling the Camino, Patrick’s response—“I’ll push you!”—would have meant nothing if I hadn’t been willing to accept his help and admit that I couldn’t do it all on my own.

I didn’t realize this was a lesson Patrick needed to learn, but he echoed this sentiment when he told me, “I have accepted the fact that I can’t do any of this on my own.”

Before we left St. Jean Pied de Port and ascended the Pyrenees Mountains, I had accepted my limits and embraced not being able to make the pilgrimage without any help.

If I had never accepted my limitations and allowed others to help, I would still be sitting in my living room watching PBS.

The truth is, something beautiful happens when I invite others into my weaknesses.

I don’t mean just the hard moments in life, like the death of a loved one or not being able to care for myself.

When I invite others into everything I am, no weakness is too great to overcome. 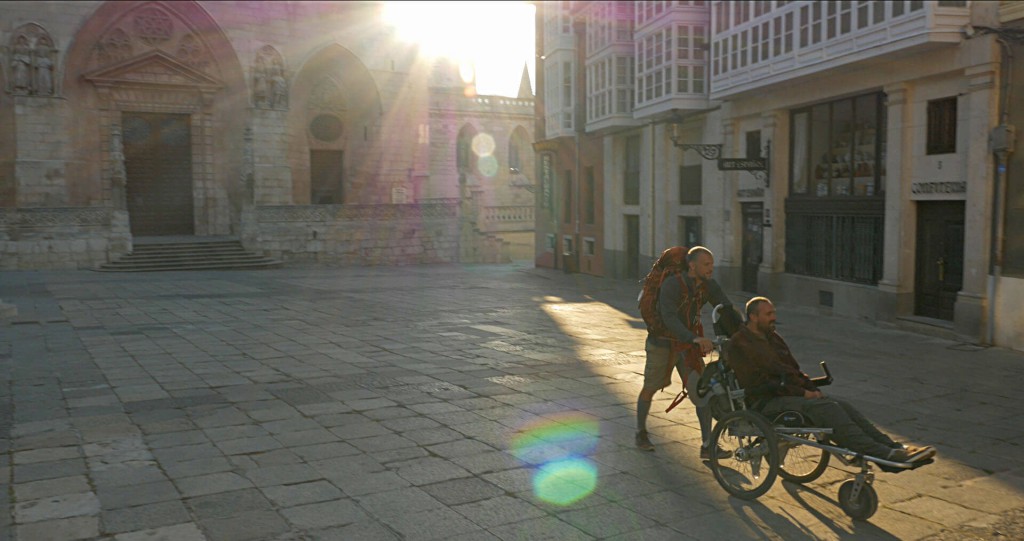 I don’t think Patrick ever truly thought he could get me all the way to Santiago on his own, but he certainly hadn’t accepted the prospect that he couldn’t.

By letting of the things he knows he cannot do alone, like getting me up to O Cebreiro, he is offering me even more, and he is offering more to other pilgrims on the trail.

They were able to help, and I was able to climb a mountain because he finally let go.

I’m convinced that if he had continued to push through the pain in his valves rather than let others help as much as they did, our Camino would have ended several days earlier.

He had to completely relinquish control so others could do what he could not.

Just as I’ve lost strength in my body but have discovered a freedom I didn’t know when I could walk, Patrick had to lose the strength in his legs in order to discover the freedom that exists in resting in the strength of others.

About the Authors
In 2014, lifelong friends Justin Skeesuck and Patrick Gray did the impossible—together they tackled a 500-mile pilgrimage through Spain known as the Camino de Santiago, or Way of St. James.

While most people attempt this epic journey on foot, Justin traveled the entire distance in his wheelchair, pushed by Patrick (and others).

Their journey is a brilliant metaphor for the lives they have been blessed to live.

Now they are working together, sharing unapologetic words of hope and faith through their writing and speaking, as they share the message that we can achieve more together. 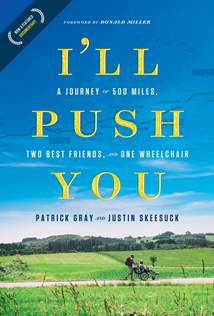 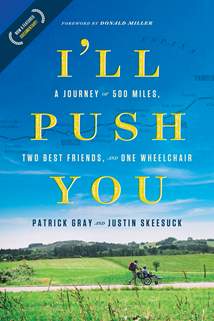