Are You Living in a Bunker?

Are You Living in a Bunker?

Check yourself with these 12 signs

By Brian Jennings, author of Dancing in No Man’s Land: Moving with Peace and Truth in a Hostile World

I have a hard time believing that every single thing you believed a decade ago was spot-on. Surely one of your political, theological, or relational beliefs was at least slightly skewed. So if decades come and go but not a single one of your thoughts change, it means one of two things: You’re either the golden child, or you’re in a bunker. 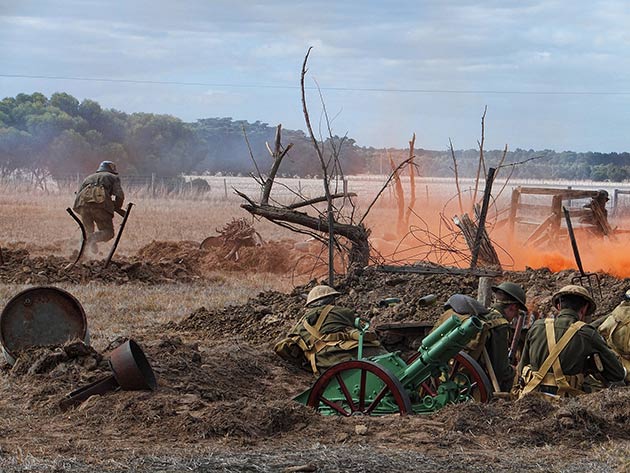 If you never change, you’re not open to change. Don’t get me wrong—I don’t want your faith in God or your love of family to waver, but I’d expect you to at least moderately change your mind on what the best political solution is to any given problem, or how you can be a better parent, or why God might speak more or less strongly about a biblical issue than you once thought.

Saul of Tarsus, later called Paul, was a man of conviction, clout, and passion. However, his convictions were completely wrong. He thought Christianity was a lie and thus a threat to God’s will. His mission in life was to catch, imprison, and, when necessary, kill Christians. 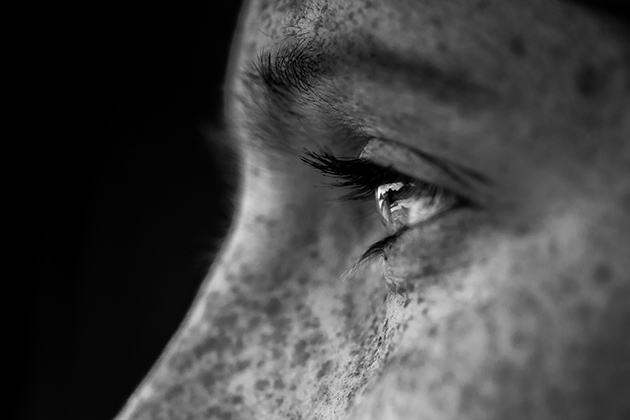 If ever a man was in a bunker, it was Paul, but a supernatural experience revealed to him that Jesus really was the Son of God. Sometimes we rush past this moment in the story. Lots of people have been confronted with the truth, yet they refused it. Perhaps Paul remembered how many times Pharaoh refused God’s obvious messages to him as he oppressed and enslaved the Israelite nation. Perhaps he remembered how King Ahab saw God do an amazing miracle, and yet he returned to his wicked ways. Paul did not repeat the mistakes of the proud bunker dwellers who refused change. Acts 9 tells how he followed God’s instructions, listened to a believer explain the Gospel, and was baptized—dying to his old way of life and being raised up as a new creation.

God persuaded Paul to leave his bunker. Has he persuaded you to leave any of yours? Are you changing, growing, and open to correction?

Those who disregard discipline despise themselves, but the one who heeds correction gains understanding. (Proverbs 15:32). 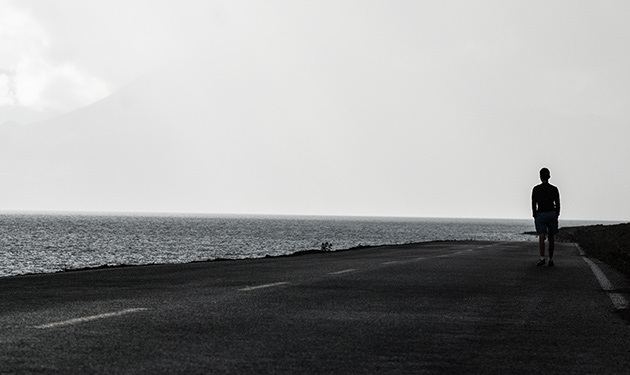 Here are a 12 simple signs to check if you may be in a bunker:

1. You only listen to and read from sources that agree with you. For the arrogant husband, this means talking only to people who will go along with your disrespect of your wife. For the politically minded, this means you only read sources reinforcing your positions.

2. You lack friends who disagree with your spiritual or political beliefs. Do you avoid people who think differently than you? Have you offended them, causing them to avoid you? Do your opinions raise barriers to relationships?

3. Your anger over differences with others overpowers your compassion for their souls. Does love or anger dominate your deepest feelings about others? 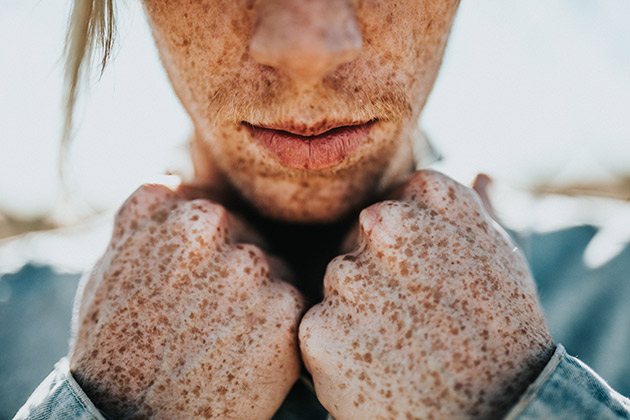 4. When people leave your presence, they’re likely worked up about an issue. Do you add fuel to divisive, unimportant issues, or do you add calm and proper perspective? Do you take every opportunity to bring up divisive subjects?

5. You have the same conversation, over and over, with the same people, about the same topic. Do you find comfort in digging deeper with like-minded friends? Do those with different opinions avoid you?

6. You either demonize or idolize others. Do you gloss over foolish behavior from those who support your causes? Do you quickly spot your enemy’s shortcomings, while rushing to defend your own failures and the failures of your friends? Have you despised a political figure during the primary, but after they won your party’s nomination begun to gloss over their flaws? 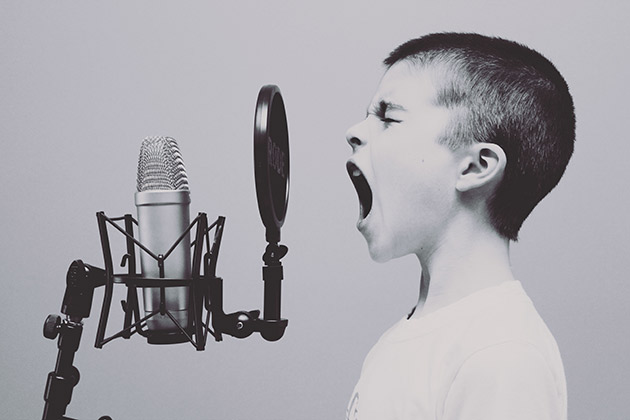 7. You spread information without any concern for its accuracy or helpfulness. Do you share Internet stories, without regard for truth, as long as they fit your agenda?

8. You say things that get half-hearted, awkward, or silent responses in return. When people don’t want to pick a fight, but also don’t want to affirm your harsh, ignorant words, they’ll stay real quiet. Saying, “I like George Clooney, even though he’s such a crazy liberal,” escalates the discomfort level of a room.[i] Do you assume everyone agrees with you about everything?

9. You often begin statements with “I’m sorry, but . . .” followed by derogatory remarks. No, you are not sorry; you are angry. You lack self-control and compassion. 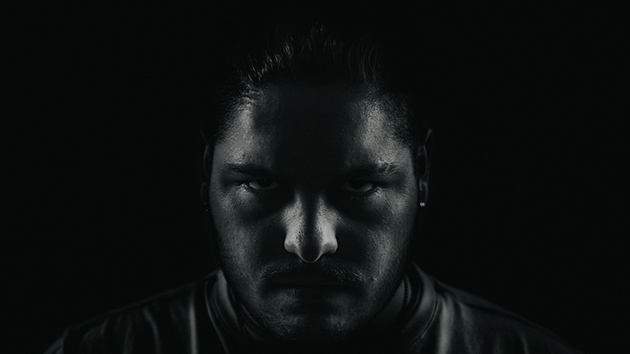 10. You have a martyr complex. Ever notice how feuding spouses, fighting friends, and warring politicians all feel like they are the victims?

11. Your family or friends believe that if they do not agree with your position, your relationship will be intensely difficult. They force a smile and nod.

12. When your position suffers a victory or setback, it affects your attitude and emotions for hours, days, or weeks on end. What causes you to rejoice or mourn? Did Jesus rejoice or mourn about similar things? 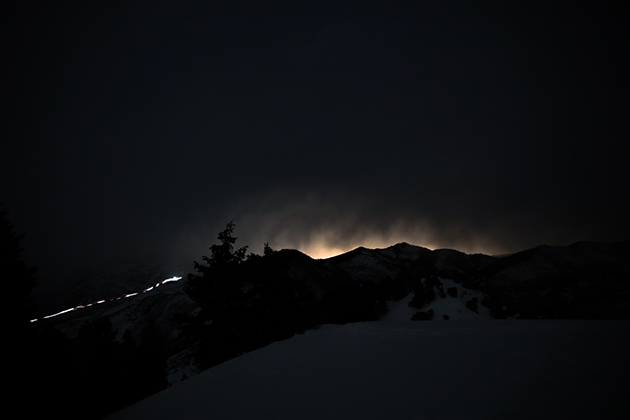 Enter a bunker and you may find protection, but you’ll be forced to fire bullets too. The moment you join a bunker, you cut the communication lines with anyone else. You lose any capacity to speak to opposing views.

John Piper, in his book on race relations, bemoans how those trying to build unity between different ethnic groups always face criticism for their imperfect efforts, which often leads them to give up all together. [ii] Perhaps you have experienced this yourself as you tried to bring peace to your family or friends.

Do not give up. You can stand by your principles without attacking from a bunker. It has been done. It’s being done. You can do this. We can do this together. 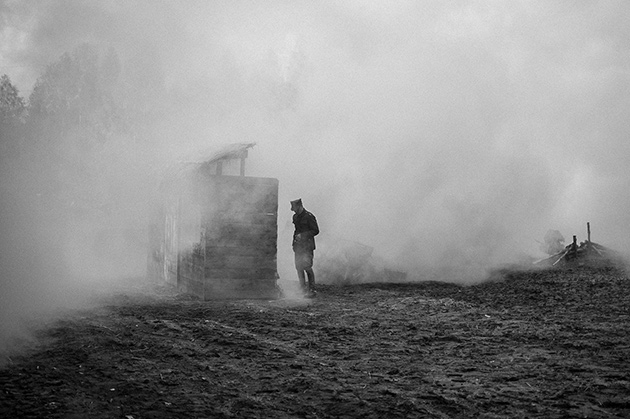 To put a stop to your bunker-living will require you to move, crawl, climb and even dance. The only way to stop living where you are is to go somewhere new. Heroes climb out of bunkers, but they find a strange, foreign land. I hope you’ll go there with me.

Taken from Dancing in No Man’s Land by Brian Jennings. Copyright © 2018. Used by permission of NavPress. All rights reserved. Represented by Tyndale House Publishers, Inc.

[i] I have no clue about Clooney’s political leanings. I thought about looking it up, but instead chose to watch Oh Brother Where Art Thou in ignorant bliss. 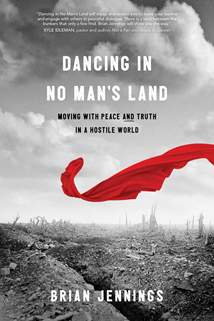