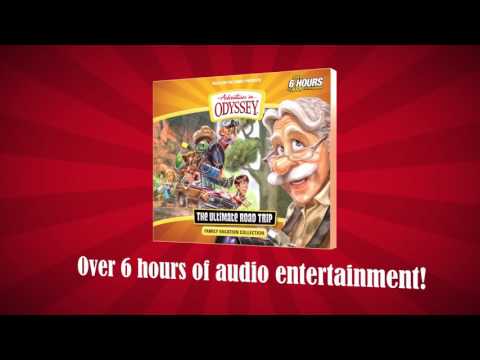 Fasten your seat belts and settle in for a road trip adventure with the folks from Odyssey. Whether it’s surfing with Rodney Rathbone in Hawaii, running from a mad bull with Eugene Meltsner in Mexico, or chasing down a family fortune with Wooton Bassett in Alaska, you never know what will happen next! Along the way, the Barclay family learns about family togetherness on their best vacation ever, the Washingtons solve a mystery while stranded in a long-forgotten ghost town, and Bernard Walton discovers a map to an underground river of gold! Don’t miss the on-ramp to more than six hours of nonstop action and character-building fun for the whole family in our Ultimate Road Trip collection!

The History of Adventures in Odyssey

Since 1987, Adventures in Odyssey has presented exciting entertainment that brings moral and biblical principles to life. The show’s memorable characters and situations are designed to ignite the imaginations of kids.

It began as an experiment. In 1986 Dr. James Dobson of Focus on the Family wanted to produce a high-quality drama series for the radio. He hoped that it would appeal to Christians looking for alternatives to Saturday morning cartoons or simply families in search of wholesome entertainment. Steve Harris and Phil Lollar, the show’s creators, brainstormed what the series could be. They decided that it should be set in a small town (called Odyssey) somewhere in the Midwest and hearken to the golden age of radio without sounding dated.

In 1987, a 13-week test series was aired on the Focus on the Family broadcast. It was called Family Portraits and chronicled the lives and times of Odyssey residents – including John Whittaker and a special “soda shop and discovery emporium” called Whit’s End.

Audience response was so favorable that Focus went one step further and created the weekly radio program that would eventually be called Adventures in Odyssey. 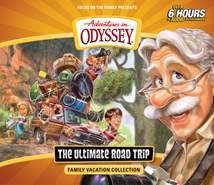