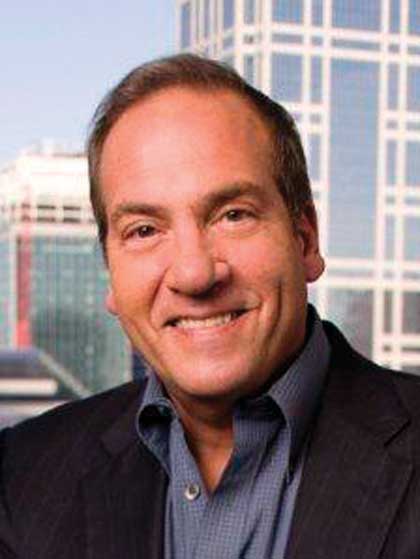 Rabbi Yechiel Eckstein, founder and president of the International Fellowship of Christians and Jews, has devoted his life's work and ministry to building bridges of understanding between Christian and Jews, as well as raising broad support for the State of Israel and for the Jewish people worldwide. An ordained Orthodox rabbi, Eckstein is an internationally respected Bible teacher and has served on the faculties of Columbia University, Chicago Theological Seminary, and Northern Baptist Seminary. His daily radio program, Holy Land Moments, is heard worldwide on 1,050 stations and outlets, reaching seven million listeners each week. To learn more about Rabbi Eckstein, The Fellowship, and its programs, please visit www.ifcj.org.Rabbi Eckstein received Orthodox rabbinic ordination from Yeshiva University in New York. He holds master's degrees from Yeshiva University and Columbia University, where he also completed studies for his doctorate. He currently serves on the executive committee of the American Jewish Joint Distribution Committee and the Jewish Agency for Israel, where he chaired its Committee on Aliyah and Rescue.Prior to founding The Fellowship, Rabbi Eckstein was national codirector of interreligious affairs for the Anti-Defamation League. In that role, he broke new ground by forging partnerships with evangelical Christians. Recognizing the potential of these strong interfaith relationships, in 1983 he established The Fellowship to help Christians and Jews begin a dialogue and work together on projects promoting the security and well-being of Jews in Israel and around the world. Since then, The Fellowship has provided hundreds of millions of dollars to help Jews from the former Soviet Union, India, Ethiopia, and elsewhere, resettle in Israel. They have also funded programs to fight poverty in Israel and help orphans and impoverished elderly Jews in the former Soviet Union.Rabbi Eckstein is a leading advocate of religious freedom worldwide. He has traveled to China to work for the freedom of imprisoned Christian pastors and to press the cause of religious liberty. In 1995, he brought the first Torah scroll to Uzbekistan since the Communist regime banned religious practice there in 1917. In Israel, Rabbi Eckstein served as an informal adviser to then Prime Minister Ariel Sharon, and in 2005 he was appointed as official Goodwill Ambassador of the State of Israel. He has worked to build support for Israel throughout Europe, Asia, Latin America, and Australia.Fostering Interfaith DialogueRabbi Eckstein was the catalyst and coordinator of the first Evangelical–Jewish Leadership Conference and has served as speaker at the National Day of Prayer. He has opened sessions of the US Senate with prayer, conducted a Passover seder for US senators, and delivered the benediction with President Bill Clinton at the dedication ceremony for the memorial to Franklin D. Roosevelt in Washington, DC. In 2003, he initiated a meeting between church officials and the George W. Bush administration that brought Christian leaders to Washington, DC, for a briefing from then National Security Advisor Condoleezza Rice.Rabbi Eckstein has written columns and been featured in such publications as the New York Times, Wall Street Journal, Time, US News and World Report, the Jerusalem Post, the Jewish Daily Forward, and People magazine. He is also the author of eight highly acclaimed books, including his newest release, Holy Songs of Israel: Inspirational Worship from the Psalms; Holy Days of Israel; What You Should Know about Jews and Judaism; Understanding Evangelicals: A Guide for the Jewish Community; Ask the Rabbi; Five Questions Most Frequently Asked about Jews and Judaism; How Firm a Foundation: A Gift of Jewish Wisdom for Christians and Jews; and The Journey Home. In addition, he is a renowned Israeli Hasidic singer and has recorded six CDs. During the 1973 Yom Kippur War, he performed for Israeli troops on the Syrian front and in hospitals throughout Israel.In 2010, The Fellowship launched Holy Land Moments, a daily radio broadcast featuring Rabbi Eckstein's insights into Jewish belief and faith, Israel, and the Jewish roots of Christianity. The show, which is now heard in English and Spanish (Momentos en Tierra Santa), airs daily in the United States, Australia, Canada, Ireland, Japan, New Zealand, the United Kingdom, Russia, the Philippines, Israel, Africa, and throughout Latin America. Awards and RecognitionIn May 2010, Isaac Herzog, Israel's Minister of Welfare and Social Services, presented Rabbi Eckstein with the government of Israel's first-ever Award for Special Contribution to the Welfare of the People of Israel. A month later, Newsweek magazine included him at number twenty-one on their list of America's Fifty Most Influential Rabbis. In 2011, he again appeared on the list, this time at number eighteen. In December 2010, he received the Man of the Year award from the Federation of Jewish Communities in the CIS during a special ceremony at the Kremlin in Moscow.In addition to these honors, Rabbi Eckstein has received the Economic Forum's prestigious Jerusalem Prize, the Colel Chabad Global Impact Award, the Community Service Leadership Award from Yeshiva College, and more than fifty other awards from various groups, including the Israeli Prime Minister's Office, the JDC (Joint), the Jewish Agency for Israel, Chamah, Friends of the Israel Defense Forces, Hadassah, Shaare Zedek, Israel's Union of Local Authorities, and many other organizations. Rabbi Eckstein is married to Joelle, lives in Jerusalem, and has three daughters and five grandchildren.

All Products From Yechiel Eckstein 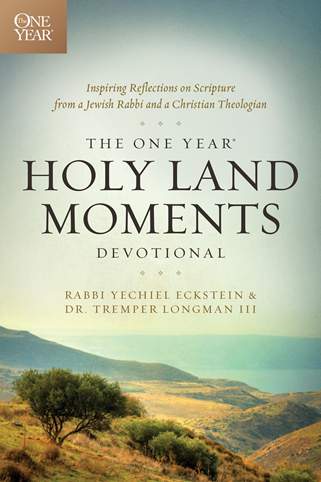