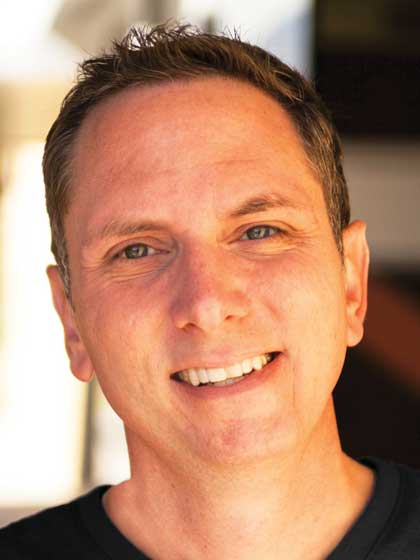 Rusty George is the lead pastor of Real Life Church in Valencia, California. Born in Oklahoma, he spent his childhood in Wichita, Kansas. Knowing from a young age that he wanted to pursue vocational ministry, Rusty was inspired by his youth pastor to study the Bible, and later to attend Ozark Christian College in Joplin, Missouri. Rusty played basketball at Ozark while earning a bachelor's in biblical studies and a bachelor's in preaching. Before his junior year, he met Lorrie Miller, and they were married in May 1994, the same month they both graduated from Ozark.

Originally aspiring to be a youth pastor, Rusty gradually began to sense that God was stirring something else in his heart. During his last two summers of college, he had served as an intern with Southland Christian Church in Lexington, Kentucky, and when he graduated, they offered him a full-time position as college pastor. He served at Southland for nine years, eventually moving to young adult pastor and age level director, while also attending Cincinnati Christian Seminary.

After considering an opportunity to join with a few friends who were planting a church in North Carolina, Rusty got a call from his friend Kyle Idleman, who was the founder and lead pastor of Real Life Church (RLC). Kyle had been offered a position in another church, and he recommended Rusty as his successor at RLC. In 2003, after a few trips to California, Rusty and Lorrie took the plunge and accepted the offer.

Though moving to California was certainly a change for Rusty, Lorrie, and their daughter, Lindsey, who was born in 2002, it quickly became home. In 2004, another daughter, Sidney, joined the family. There is nothing closer to Rusty's heart than family, and this includes his extended family at RLC and their collective vision to be a church that unchurched people will find irresistible.

Rusty has led RLC through many changes, including the purchase of land, the construction of an eco-friendly building in the middle of town, and incredible growth from their original meetings in a 285-seat movie theater at the mall to now a multi-campus church where more than six thousand people gather every weekend.

All Products From Rusty George 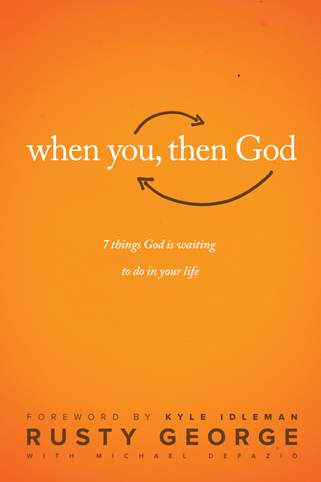 When You, Then God